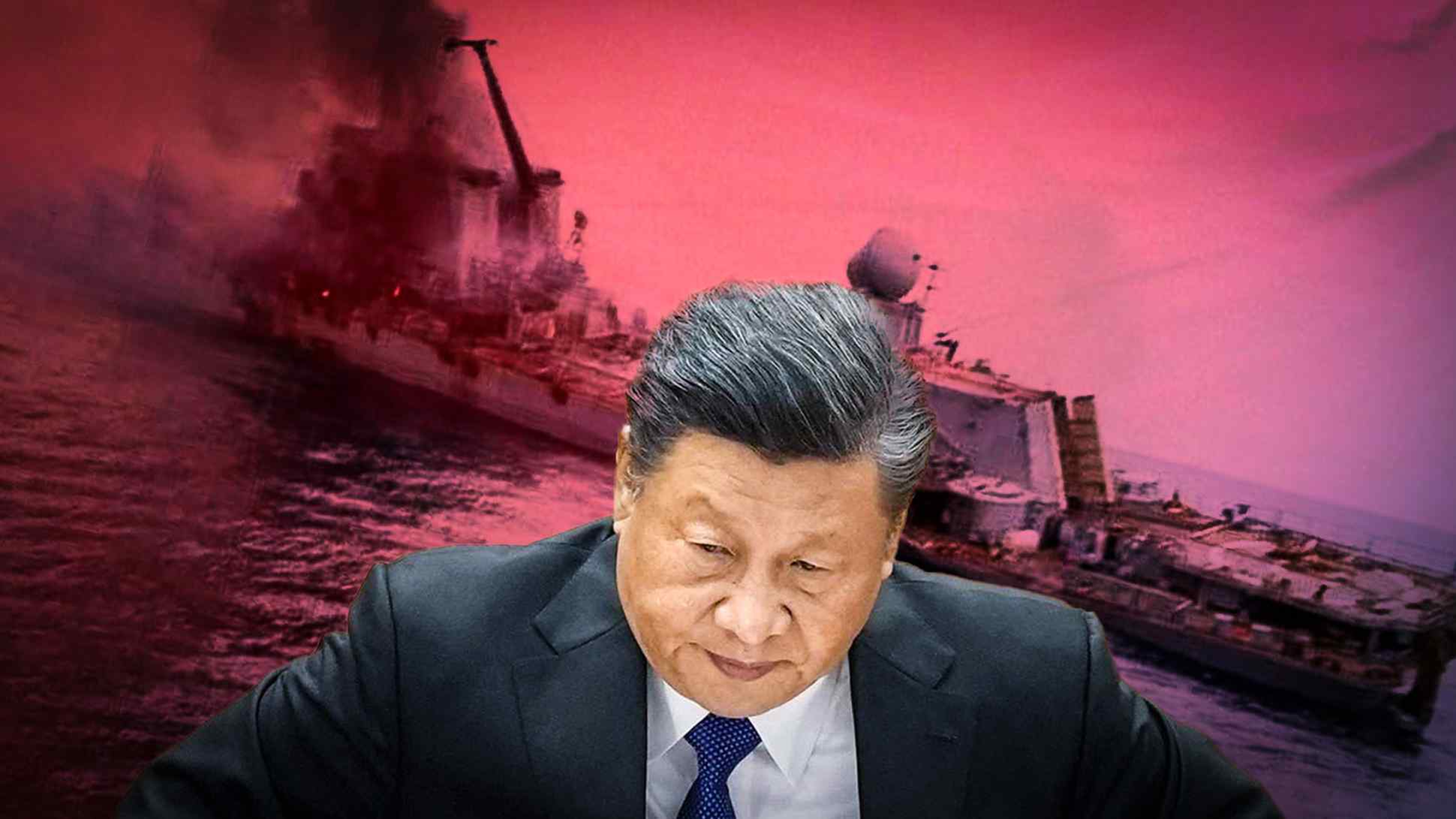 As this purported image of the Moskva goes viral on Telegram, Chinese President Xi Jinping might be fretting over the source of his navy's aircraft carrier technologies. (Nikkei montage/Kyodo/AP)
China up close

The memoir of a Russian officer on the flagship of Imperial Russia's Baltic Fleet, the Knyaz Suvorov, vividly depicts the end of his warship in the Battle of Tsushima.