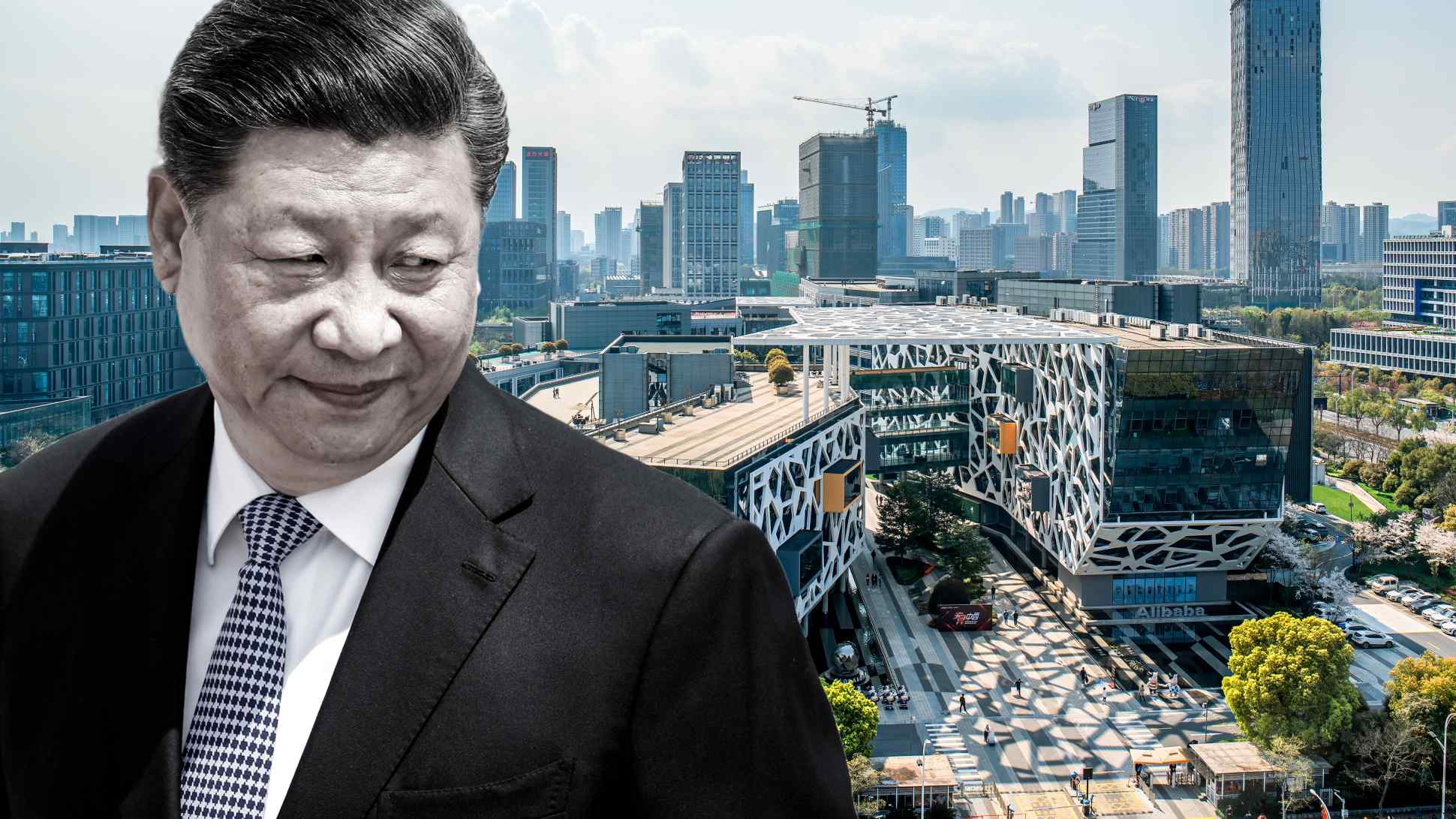 By putting one of his faction's "insiders" under investigation, Xi Jinping is demonstrating how seriously he takes China's return to socialism. (Source photos by Reuters and Getty Images)
China up close

Analysis: Xi's leftward shift to a socialist China is for real

TOKYO -- One cannot overstate the shock that has rippled through Hangzhou, the capital of Zhejiang Province, as well as across China.

The 53-year-old was thought to be an "insider" of President Xi Jinping's powerful Zhejiang faction, also known as the "New Zhijiang Army."

While details of the allegations against Zhou remain unclear, officials, pundits and China watchers immediately connected the dots. 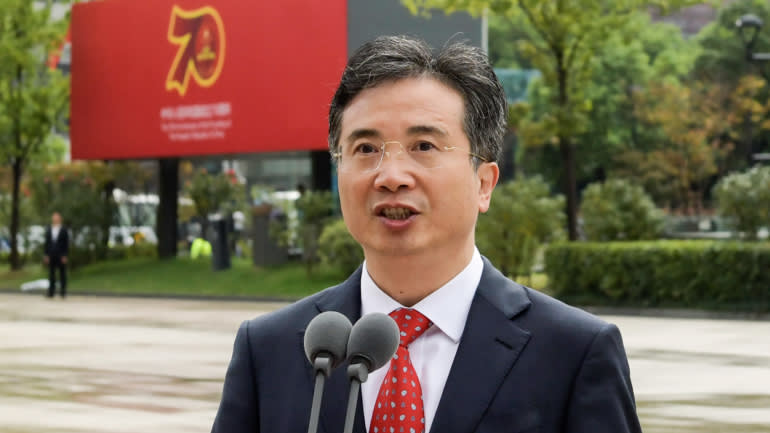 As regular readers of this column are well aware, the city of Hangzhou and the province of Zhejiang are special for two reasons.

For one, Hangzhou is Xi's political base. As Zhejiang's top official, he lived in the scenic capital -- known for the UNESCO World Heritage-cited West Lake -- for many years. The current top officials of China's main municipalities such as Beijing, Shanghai and Chongqing are all Xi's subordinates from his time in Zhejiang; they form the New Zhijiang Army.

Zhou Jiangyong quickly rose through the ranks in Zhejiang and was considered close to Xi's inner circle.

Some political pundits had predicted that, as a promising next-generation leader in the Zhejiang faction, Zhou would soon be promoted to the governorship of another province.

Second, Zhejiang Province is known as the birthplace of the country's private companies. The region has achieved self-sustaining economic development that does not rely on state-owned companies or bureaucrats.

Chinese e-commerce giant Alibaba Group has its headquarters in Hangzhou.

Here may lie a clue to Zhou's investigation. Zhou is close to Alibaba founder Jack Ma Yun. As Hangzhou's economy relies heavily on Alibaba, it is not surprising that Zhou, the city's top official, would be in close contact with Jack Ma. 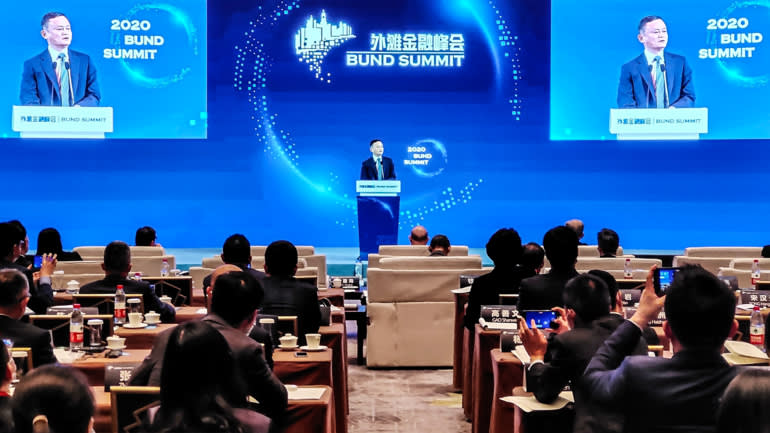 On Aug. 17, four days before the announcement of Zhou's probe, Xi delivered a key speech that will have a significant impact on the future course of China.

The address at the party's Central Committee for Financial and Economic Affairs was Xi's first public appearance after a summer break during which he and fellow incumbent leaders are thought to have met retired officials at the annual closed-door "Beidaihe meeting" at the seaside resort in Hebei Province.

Xi used the term "common prosperity" as many as 15 times. It was not hard to imagine that the leader who doubles as the party's general secretary received a stamp of approval to push the policy at Beidaihe.

In the name of common prosperity, Xi vowed to expand the size of the middle-income group, increase earnings of the low-income group and "adjust excessive incomes," including through the three-stage income distribution and tax system.

These measures are likely to become a basic policy going forward as the Xi administration keeps an eye on the sixth plenary session of the party's 19th Central Committee this autumn and subsequently the party's next quinquennial national congress in the fall of 2022.

Hints at targeting the rich run counter to former paramount leader Deng Xiaoping's policy of "letting some people get rich first" and signal a sharp left turn toward a distinctly socialist China. Xi Jinping speaks at a news conference after the G-20 Summit in Hangzhou in 2016. He formed his faction in the city years earlier.    © Reuters

The important point is that Zhejiang has been designated as the model area to achieve this common prosperity.

Xi knows Zhejiang well and Hangzhou in particular. He likely envisions a scenario in which the public realizes that dominant private companies no longer rule. This will likely take place in Hangzhou first and then across the country.

That is why Zhejiang, home to many large private companies, was chosen over Beijing, the stronghold of state-owned companies, as the model area for common prosperity.

In going after the rich, it cannot be that the local Hangzhou government colludes with large target companies.

The crackdown on top official Zhou, then, was likely an attempt to demonstrate the seriousness of the return to socialism. While the purge of a fellow insider might be painful for the faction, it was a necessary sacrifice.

For Zhou's part, he miscalculated the suitable distance between political leaders and private companies.

Ant Group "strictly followed laws and regulations" in an "open and transparent" IPO process, the company said. It added, "The rumors about [a] certain person taking shares in the company are false, not to mention sudden share buying or refund." Alongside the investigation into Zhou, the party's Central Commission for Discipline Inspection announced it has launched a widespread campaign to root out inappropriate government-business ties. Some 25,000 officials will be subject to a probe.

"Zhejiang is a region that has the most developed private sector-led economy," a Chinese businessman familiar with the local situation explained. "There are countless families that have, say, an older brother working as a bureaucrat and a younger brother being a hugely successful business executive. If government-businesses ties are scrutinized, problems big and small, including those involving family members, will certainly emerge.

About five years ago, Xi began advocating for a "new type of government-business relations." This means that while listening to the voices of struggling private companies with familiarity and seriousness, and while resolving problems, politicians must maintain their purity and not take advantage of their power for personal gain.

To be sure, the remarks are hard to object to. But how will China "adjust excessive incomes" while maintaining the vigor of the private sector over the medium to long term?

It seems easier said than done.