TOKYO -- The decision to fire four ballistic missiles into the South China Sea on Aug. 26 was surely signed off on by the Central Military Commission, the Chinese military's top decision-making body.

That committee is chaired by Xi Jinping, the country's president and Chinese Communist Party's general secretary.

The missiles fired by the People's Liberation Army included those feared by the international community as "aircraft carrier killers," capable of sinking the U.S.'s greatest warships, and the "Guam killer," capable of reaching American military bases in the North Pacific.

The firings have escalated tensions. They have also ushered the China-U.S. confrontation into more dangerous territory, with the real possibility of accidental clashes.

One Asian intellectual familiar with Chinese politics noted that the missile launches came on the same day as another major political event.

"I feel uneasy," the intellectual said. "It may give us a clue of what lies ahead in Chinese politics." Also on Aug. 26, Xi convened a meeting of 300 or so senior police and state security officials from across the country at Beijing's Great Hall of the People.

In a pompous ceremony, Xi handed to the police force a newly designed red and blue flag.

The red portion, occupying the top half of the flag, symbolizes the party and is meant to portray the police's absolute loyalty to the party, it was explained.

It was a highly symbolic move.

Most Chinese public security and police organizations have long been affiliated with the State Council, which is synonymous with the government. The party's Central Political and Legal Affairs Commission exercises oversight.

Xi has broken this system by putting the nation's police forces under the direct control of the party, where the military already resides.

Likewise, the People's Armed Police -- a paramilitary organization responsible for internal security, riot control and anti-terrorism efforts -- has been placed under the full command of the Central Military Commission. It had previously been under the military and government.

Back in January 2018, Xi also conferred a new flag to the People's Armed Police; one that was different from the People's Liberation Army flag.

Each time Xi seeks to take control of a branch of law enforcement, he confers a flag.

Two days later, it became clear that Xi's move to take full control of police power has an even deeper meaning.

Wang Xiaohong, a close aide to Xi and the most senior vice minister for public security, published a signed article about political discipline in the police force's official newspaper.

Wang specifically warned that "two-faced people," those who officially pretend to obey but secretly resist, and those who are straddling the fence without showing the flag will be thoroughly removed.

What is important here is Wang's proximity to Xi, which is clear from his career path.

Xi and Wang go back three decades. Xi got to know Wang during his time in Fujian Province, where Wang served Xi. A source in Fujian described Wang as "one of the few old friends President Xi can truly trust."

The secret service bureau was established as part of the reorganization of public security and police organizations being implemented with Xi's full backing.

It is said to be in charge of protecting the party's leadership, all except for the most powerful Politburo Standing Committee members. 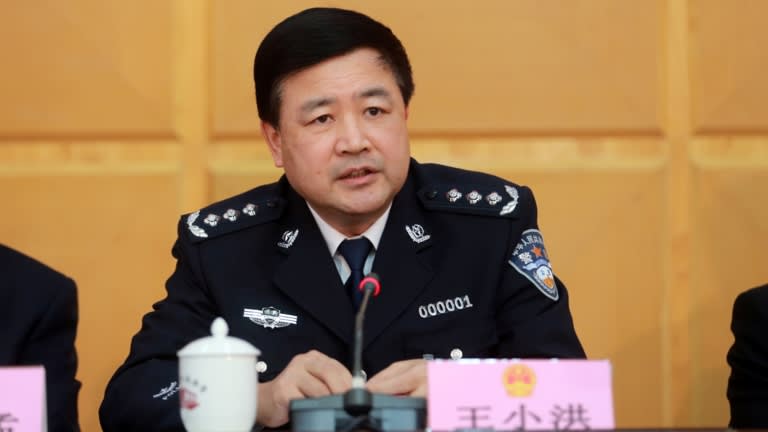 The relationship between Wang Xiaohong and Xi Jinping goes back three decades.   © Reuters

But there are two sides to everything. While offering protection, the bureau's more important mission is to keep an eye on the dignitaries and to report to the leader. This is why Xi hand-picked Wang to head the bureau.

It is significant, therefore, that Wang made these remarks regarding political discipline, likely at Xi's behest.

And it is a special political term that was repeatedly used in the past by Xi during his signature "anti-corruption" campaign.

There is one more term that must not be overlooked -- rectification.

Across the country, a political study campaign is underway at political and legal affairs-related organizations such as police forces, prosecutors offices and judicial chambers. The campaign teaches the "spirit of rectification." It emphasizes the Yan'an Rectification Movement, which Mao Zedong launched in the early 1940s in Yan'an, Shaanxi Province, the party's revolutionary stronghold.

The movement called on people to push ahead with their own revolution with the spirit of rectification. In reality, it was a campaign to purge Mao's political opponents.

The resurgence of the Rectification Movement has raised the specter of a new massive purge targeting people deemed by Xi and his allies to be political enemies.

Wang Xiaohong's article has been shared widely by Xi's rival factions, including by members of the Communist Youth League. It is as if the Youth League is sending a coded message to its members: "A purge is coming. Everyone, be careful."

In fact, there has already been a significant development.

In mid-August, it was announced that Gong Daoan, Shanghai's vice mayor and top public security official, had been placed under investigation for serious disciplinary and law violations. 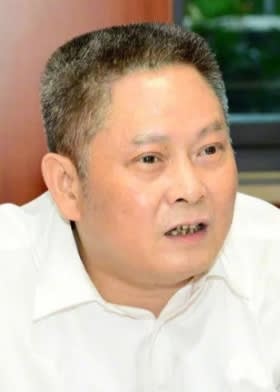 Gong is the third deputy ministerial-level public security official to fall from grace this year.

The question now is whether the political campaign reminiscent of Mao's Yan'an Rectification Movement will spread beyond the public security apparatus.

In 2013, shortly after becoming China's top leader, Xi kicked off a political study campaign called "mass line educational practice activities" within the party, which led to the fierce "anti-corruption" campaign.

During that process, there were calls for banning luxury and attaching importance to frugality.

Xi is again calling on the Chinese people to attach importance to saving money, even when they order at restaurants. Is he aiming to repeat the success of his past political campaigns? A similar atmosphere is taking hold.

Before the party's last national congress, in 2017, senior military officers were arrested for corruption one after another; some ended up killing themselves.

The campaign ensnared an influential politician who had been widely seen as the front-runner to one day succeed Xi as China's top leader.

Strangely, at the end of last month, the main evening news program of state-run China Central Television ran a report about Yan'an's apple industry, which is supporting the livelihoods of many people.

Was this Yan'an Rectification propaganda?

In the shadows of the looming purge, people are already talking of even the slightest of hints of what is to come.