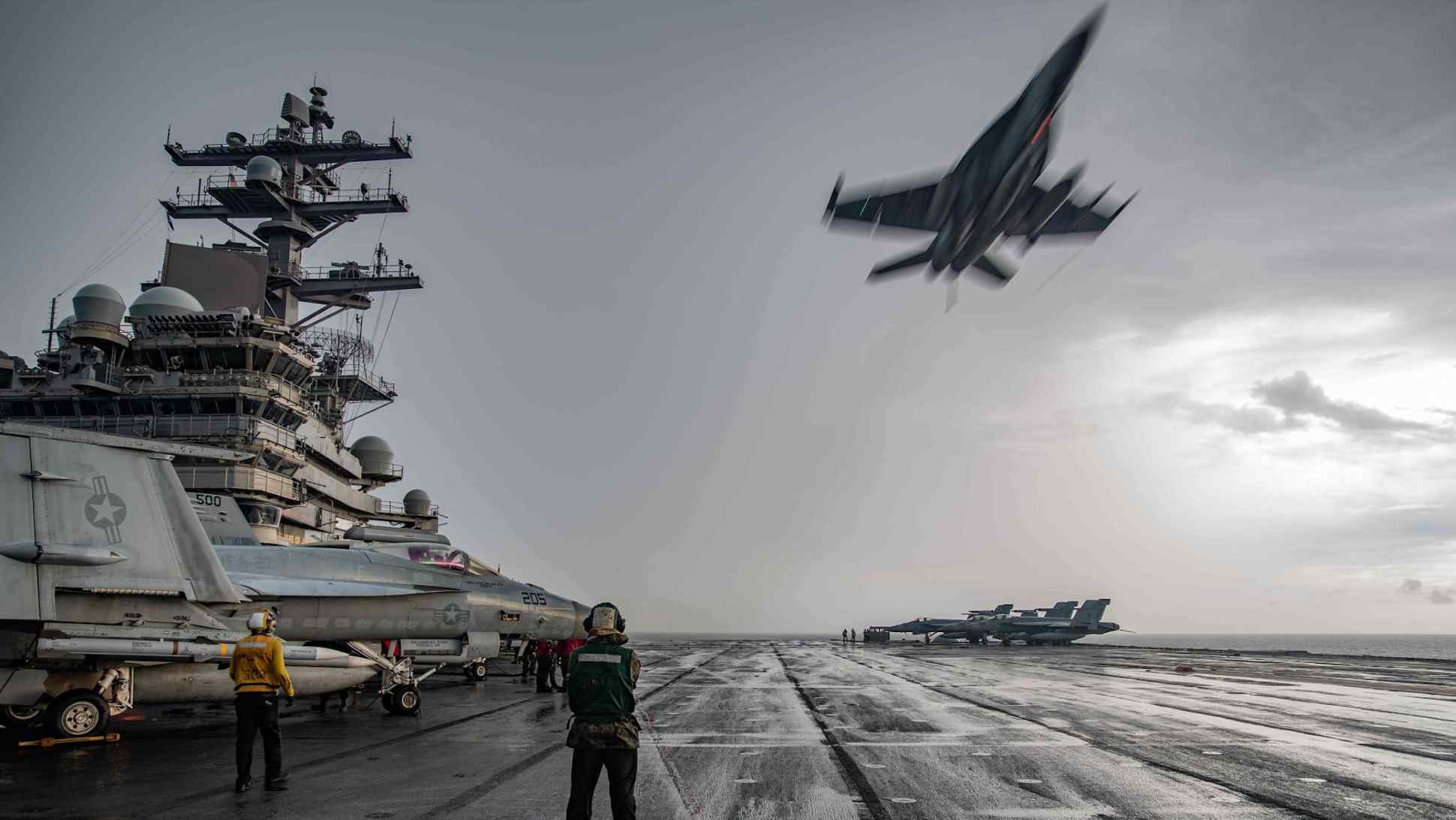 An F/A-18E Super Hornet flies over the flight deck of the aircraft carrier USS Ronald Reagan. The carrier strike groups of the USS Nimitz and the Reagan are conducting dual-carrier operations in the South China Sea. (Photo courtesy of the U.S. Navy)
China up close

China talks of US decoupling and a divided world

Former official urges citizens to prepare for the worst-case scenario

TOKYO -- It has been a tense first week of July in the seas of Asia.

While two U.S. aircraft carriers, the USS Ronald Reagan and the USS Nimitz, launched hundreds of aircraft daily into the skies above the South China Sea, China was conducting naval exercises in the same sea. In a rare and symbolic move, the People's Liberation Army Navy also carried out live-fire drills in the East China Sea and the Yellow Sea.