Bridges across the Yalu river connect the city of Dandong, Liaoning province, in northern China and the North Korean city of Sinuiju. North Korea had plans to build an unprecedented autonomous region in Sinuiju. (Getty Images)
China up close

TOKYO -- Sixteen years ago, North Korea was planning to create a Hong Kong-like special economic zone inside its borders to spur growth.

Adopting a "one country, two systems" formula, the Sinuiju zone on the northwestern frontier with China was to have full legislative, judicial and administrative autonomy.

So radical was the blueprint that the U.S. dollar was to be used as the region's currency, with the Japanese yen also accepted. Foreign nationals were to be allowed in without a visa.

To top it off, then-leader Kim Jong Il, the father of current North Korean leader Kim Jong Un, decided that eight of the 15 members of the "cabinet" of the Sinuiju special administrative region would be foreigners.

And the man Kim chose to lead the project was a Chinese-born Dutch businessman by the name of Yang Bin.

For reasons that will be explained later, Yang Bin was arrested in China before the Sinuiju project ever took off. He spent the next 14 years in a Chinese prison, a victim of the tense relationship between Pyongyang and Beijing. With no leader, the special administrative region plan was placed on the back burner, and North Korea turned its attention to its nuclear weapons program.

But this month, for the first time in 16 years, Yang was again seen in public. Taiwanese media reported that he had visited Taiwan to promote the development of the Sinuiju region.

The reappearance of the mysterious businessman offers a good opportunity to look back at the Sinuiju project, and why Beijing was so worried about it. By 2002, Kim Jong Il was keen to establish a special economic zone in the northern city of Sinuiju, which lies on the banks of the Yalu River, the border between North Korea and China. The idea was to spur economic growth by giving business more freedom.

One area Kim Jong Il was keen to develop was agriculture. Kim had visited agricultural facilities near Shanghai on a previous trip to China, and was impressed with the use of advanced technology.

When he returned home, he reportedly ordered an international headhunting mission to seek a person capable of bringing such agriculture to North Korea.

The search led the North Koreans to a young successful businessman named Yang, who was implementing Dutch-style agriculture in the northeast Chinese city of Shenyang.

How Yang thereafter became close to Kim Jong Il is still shrouded in mystery. But the fact that he pumped about $100 million of his own money into North Korea must have helped. Yang was eventually nicknamed "Kim's adopted son."

In the autumn of 2002, Yang suggested that the Sinuiju special economic zone needed to be a bolder experiment. He said development of the zone should be led by foreigners, and that the zone needed significant autonomy. The North Korean leadership accepted the conditions.

After Yang met Kim Yong Nam, president of the Presidium of the Supreme People's Assembly of North Korea and the country's de facto No. 2, a basic law was enacted to guarantee a "one country, two systems" formula for Sinuiju.

The announcement of the basic law came in late September 2002. Soon after, Yang was appointed the top official of the Sinuiju special administrative region. Yang said at the time that he had also met Kim Jong Il. 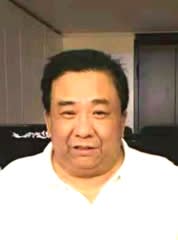 Yang Bin was appointed as the top official of the Sinuiju special administrative region in 2002. But soon after the appointment, he was arrested and incarcerated by Chinese authorities.

The Sinuiju special administrative region had even chosen a figure to serve as its "ambassador" or special representative to Japan. Yang himself was due to visit Japan, possibly in early October 2002, to rally support from the Japanese government and business world.

In some ways, this "one country, two systems" approach differed to Hong Kong's. When the former British colony was returned to Chinese rule in 1997, it maintained the system left by the British. But in Sinuiju, the North Koreans wanted to build a "semi-foreign" capitalist region from scratch.

But China feared that the appearance of a capitalist region on its border with North Korea could destabilize the political and economic management of its northeast.

A traditional heavy industry center, the northeast was being hit by the consequences of China's admission to the World Trade Organization at the end of 2001 and was desperately seeking foreign capital to boost its competitiveness.

China specifically feared that its northeast would lose badly needed foreign capital to the North Korean side of the border, where cheaper labor was available.

North Korea had been making preparations for the Sinuiju special administrative region project in secret. When China learned about the project, it was furious.

Kim Jong Il had even tapped an ethnic Chinese, without telling the Chinese government, as the top official of the Sinuiju special administrative region. China became suspicious about Kim's real intentions.

So China crushed the North Korean special economic zone project by taking away its leader.

Shortly after Yang was appointed as the top official of the Sinuiju special administrative region by then North Korean leader Kim Jong Il, China suddenly detained the young billionaire in Shenyang, Liaoning Province in northeastern China.

Yang was indicted on charges including tax evasion and bribery and eventually sentenced to 18 years in jail. Kim Jong Il died in December 2011. Kim Jong Un then stepped into the shoes of his father in a hereditary transfer of power.

North Korea is said to have protested against the Chinese move and repeatedly called for Yang's release. But China turned a deaf ear to the North Korean requests.

With the threat of the North Korean special economic zone project removed, the three northeastern Chinese provinces of Liaoning, Jilin and Heilongjiang -- which were seen as the weak spots of "the world's factory" -- managed to survive economically. 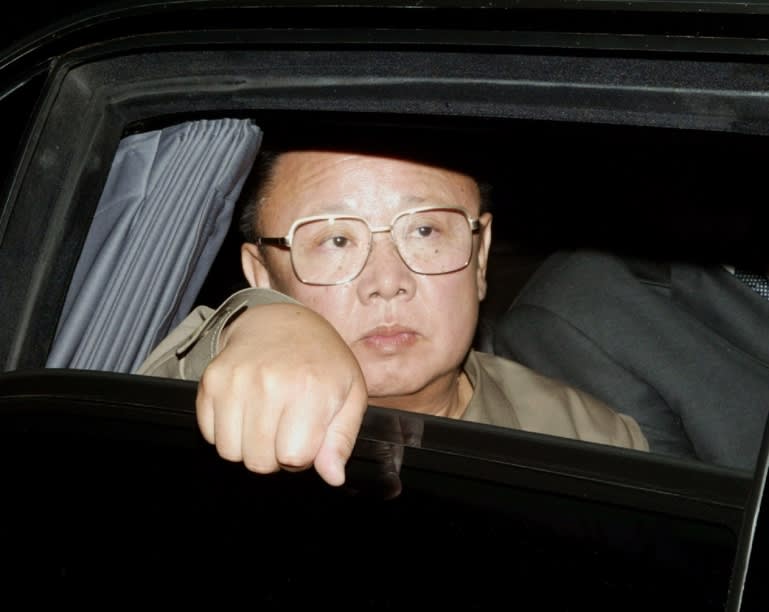 The Yang case was also moving in parallel with another issue, that of North Korea's nuclear development.

During the talks, Kang Sok Ju, then North Korean first vice foreign minister, admitted that the country did indeed have a nuclear development program to James Kelly, the then U.S. Assistant Secretary of State for East Asian and Pacific Affairs.

Kang's admission marked the beginning of a feud that has continued between the U.S. and China in the following 16 years over North Korea's nuclear development.

Yang spent many years behind bars in China. Now 55 years old, the Dutch citizen was mostly forgotten -- until this month.

His mysterious comeback was in Taiwan. That fact alone raises eyebrows, because of Taipei's delicate ties with China.

According to Taiwanese reports, the purpose of Yang's visit to Taiwan was to recruit participants for the development of the Sinuiju special economic zone, with which he is still involved.

Yang's visit came at a politically sensitive time for Taiwan. Unified local elections that will affect the future of Taiwanese President Tsai Ing-wen will be held on Nov. 24. Less well known is that North Korea and Taiwan have closer links than might be expected.

When South Korea changed its anti-communist policy in 1992, severing diplomatic ties with Taiwan and establishing relations with China, North Korea, China's traditional ally, was caught off guard. It vented its anger and sought closer ties with Taiwan, if only to displease China.

Taiwan, for its part, had a different motive for seeking closer ties with North Korea.

At the time, Taiwan was facing the serious issue of disposing of nuclear waste generated at nuclear power plants and stored on remote islands under its control and elsewhere. Taiwan is said to have secretly explored the possibility of cooperation with North Korea on the issue.

Although cooperation on nuclear waste disposal did not materialize, private sector exchanges between Taiwan and North Korea have continued quietly behind the scenes.

Was Yang's mysterious reappearance in Taiwan just a business trip? Or was there more to his mission?

With Chinese President Xi Jinping said to be planning his first visit to North Korea, the diplomatic poker game between China, North Korea, the U.S. and Taiwan is entering a new and more intense phase.