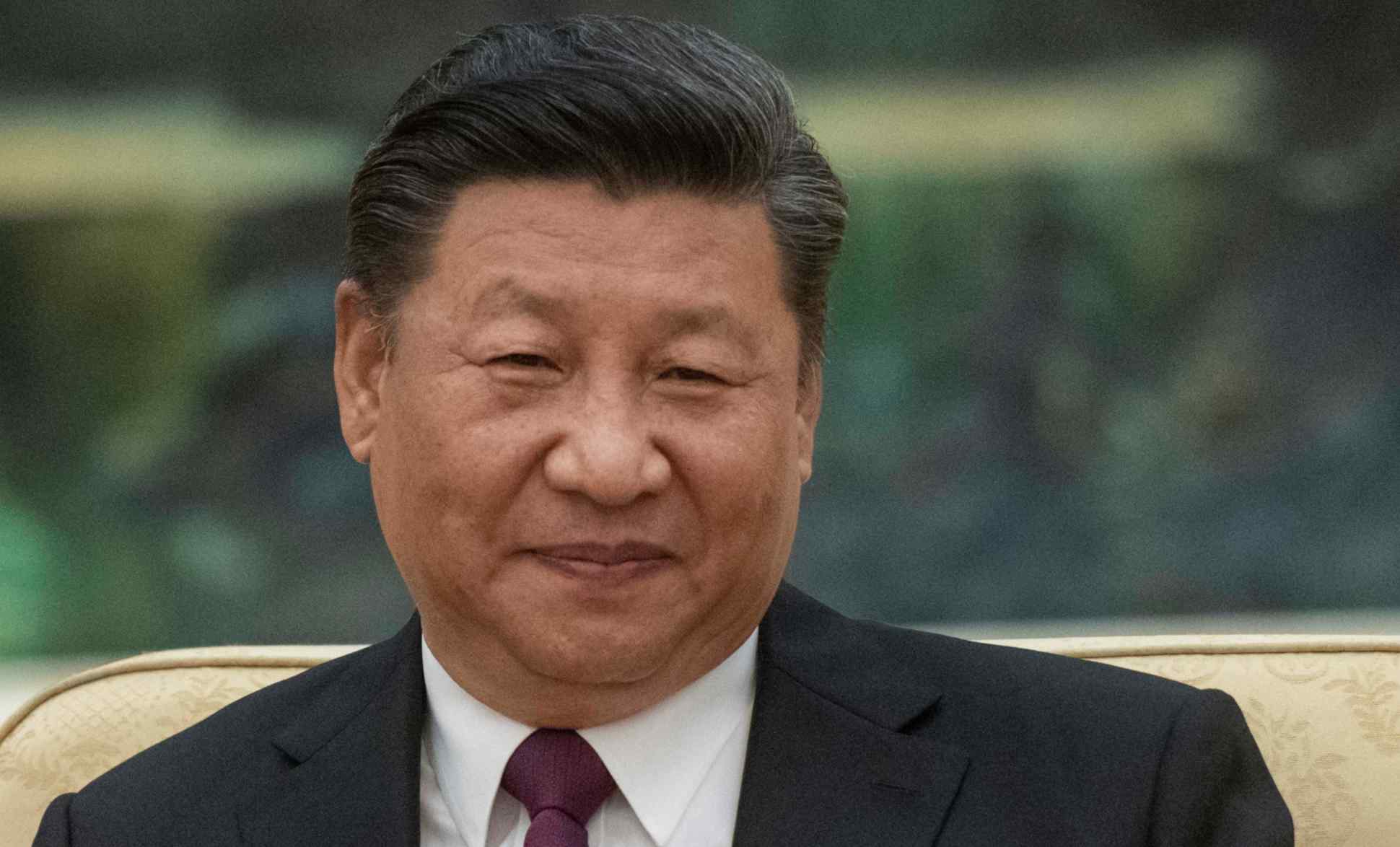 Chinese President Xi Jinping attends a meeting with U.S. Secretary of State Mike Pompeo at the Great Hall of the People in Beijing on June 14.   © Reuters
China up close

Expect Xi to aim charm offensive at Abe next

"We must not get lost in the complex and changing international situation," Xi said, referring to increasingly in-flux geopolitical realities, in no small part accelerated by U.S. President Donald Trump. "China needs a clear understanding" of its status and role in the evolving world pattern, and must formulate principles and policies "through cool-headed analysis of international phenomena and China's relation to the rest of the world," he said.

The two-day Central Conference on Work Relating to Foreign Affairs was attended by the seven members of the Politburo Standing Committee -- the country's top decision-making body -- as well as Xi's now-foreign-policy-guru Vice President Wang Qishan.

Members were strictly forbidden to take notes. The full discussion, therefore, has not been released or leaked. But judging from Xi's remarks, one can conclude that China is alarmed by the drastic shifts that are occurring on the international stage, while also looking to seize the opportunity to expand its sphere of influence.

Beijing is calculating the seismic shifts that the June 12 Trump-Kim summit could potentially trigger -- both in terms of national security and the economy -- and is planning its next move. That includes strategically strengthening ties with North Korea and Japan.

Kim Jong Un's visit to Beijing last Tuesday and Wednesday was his third to his neighboring country in as many months. Kim briefed Xi about his meeting with Trump and the two sides exchanged "prudent opinions on the current situation and urgent international issues" at a one-on-one meeting held at the Diaoyutai State Guesthouse, the North's Korean Central News Agency reported. The leaders talked about ways to further strengthen "strategic and tactical cooperation under the new circumstances," KCNA said.

On the surface, Kim's visit to Beijing looks similar to the way neighboring countries would pay tribute to the Chinese emperor in ancient times. Kim was informing Xi of his talks with Trump, and seeking guidance on the way forward.

U.S. Secretary of Defense James Mattis offered a similar analysis when he addressed the Naval War College in the state of Rhode Island on June 15, comparing the actions of modern-day China to the tributary system of the Ming Dynasty (1368 to 1644).

"The Ming Dynasty appears to be their model, albeit in a more muscular manner, demanding other nations become tribute states, kowtowing to Beijing," Mattis said.

In reality, Kim was skillfully using the tributary image to gain advantages.

Through this third visit to China, Kim managed to receive Xi's backing for a "step-by-step" implementation of denuclearization, and to garner assurances that Beijing will support Pyongyang as it shifts its focus to economic development. Put in other words, Xi is more willing than Trump to ease sanctions on North Korea.

Furthermore, Xi could visit Pyongyang as early as July.

Kim's diplomatic prowess is fine for Xi, as long as China is firmly at the center of the discussion. At the ensuing Central Conference on foreign policy in Beijing, Xi talked about the need to "take an active part in leading the reform of the global governance system, and to build a more complete network of global partnerships."

Next up for China in building that "network of global partnerships" is Japan. China is happy that the U.S.-South Korea joint military drills were canceled as a result of the Trump-Kim summit, just as Beijing had proposed. China envisions the reduction or withdrawal of the U.S. forces in South Korea happening during Trump's time in office.

But it does not stop there. Beijing also foresees a situation in the not-too-distant future where reducing the U.S. forces in Japan may come into play. Trump has repeatedly mentioned his displeasure with maintaining an expensive military presence abroad to protect America's allies.

If such a scenario were to play out, it would not make sense for China to be on chilly terms with Japan. Any anti-China sentiment in Japan could lead Tokyo to build up its defense capabilities to counter China.

Under such a premise, Beijing is cozying up to Japanese Prime Minister Shinzo Abe, a man the country's leadership once viewed as a dangerous China hawk. In a recent visit to Tokyo, Chinese Premier Li Keqiang surprised China watchers by inviting Abe to visit China by year's end.

Abe has yet to win a third term as head of the ruling Liberal Democratic Party, an election slated for September. His victory is in no way guaranteed given the multiple school scandals encircling him.

But Beijing has embarked on a diplomatic game plan that is based on Abe being re-elected and staying on as leader for the years to come. It has concluded that Abe is a person they can talk to.

Undoubtedly, there was opposition within the Chinese Communist Party about nestling up to the Japanese leader. But any such dissent has melted away in the face of the past several months' geopolitics.

While Tokyo already hosted such a trilateral summit in May, an argument can be made that since the meetings were canceled in 2016 and 2017, the leaders could step up the frequency of the get-togethers to make up for the lost time.

For Abe to visit China by the end of the year, the most rational course would be for China to host a trilateral leaders' meeting with Japan and South Korea and have Abe stay on for a few more days to make it an official state visit.

It would pave the way for Xi to make his first official visit to Japan in 2019. Japanese Prime Minister Shinzo Abe in the parliament building in Tokyo. He is facing re-election as president of the ruling party in September. (Photo by Uichiro Kasai)

"Once Abe is re-elected as party leader in September, the trilateral summit could take place any time after October," a diplomatic source said.

From China's perspective, it is imperative to improve its ties with Japan, at least to a neutral level, before Japan begins talks of normalizing diplomatic relations with North Korea, as is expected. Without at least one visit by Xi to Japan, China cannot claim influence over all of Asia. 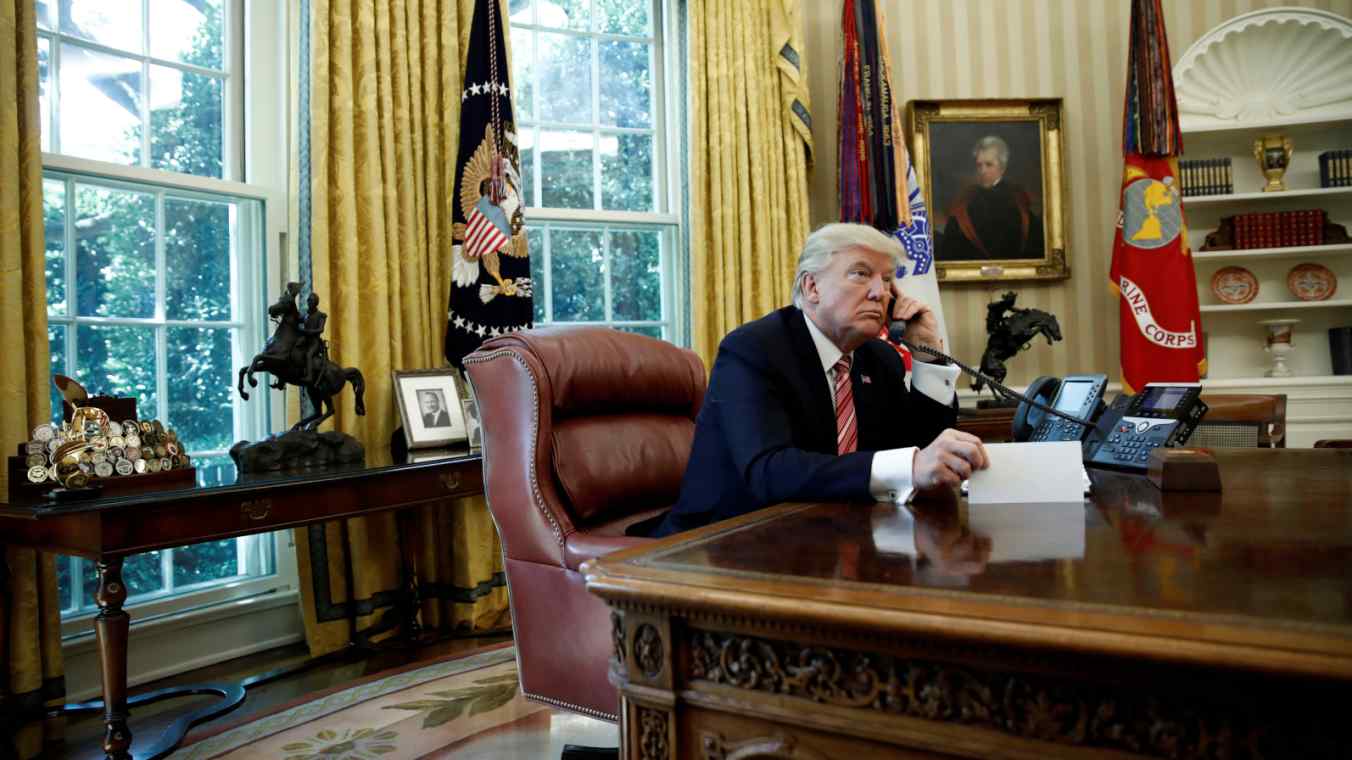 The Mattis speech at the U.S. war college had one more interesting argument. China harbors "long-term designs to rewrite the existing global order," the secretary said.

"After World War II, our greatest generation, in collaboration with our allies and partners, built the open international order that has benefited global prosperity. It's unrealistic to believe, today, that China will not seek to replicate its internal authoritarian model elsewhere, as it expands globally," Mattis warned.

Mattis is scheduled to visit Beijing in the coming days. Alongside the developments on the Korean Peninsula, he will address Chinese expansionism in the South China Sea and the issue of Taiwan. Any change to the status quo on any of the three topics will be a challenge to the existing international order.

The Trump-Kim summit, in that sense, was the first step to altering that order. It is not without risks for China.

China would not want to see North Korea follow in the footsteps of Vietnam, a neighboring socialist country that is on better terms with Washington than with Beijing. Four decades after the Vietnam War, a U.S. aircraft carrier now makes friendly port visits to Vietnam.

If North Korea were to be friendly to the U.S., China would not be on stronger footing even if the U.S. forces in South Korea leave. If a U.S.-friendly Pyongyang were to be allowed to hold on to its nuclear arsenal for a while, that too would change the calculus for Beijing.

Xi is playing a game of offense-defense. While reaching out to Abe in Japan, he is also said to be planning to deploy his right-hand man Wang Qishan to Washington soon, perhaps before the first batch of U.S. tariffs on Chinese goods comes into effect on July 6.