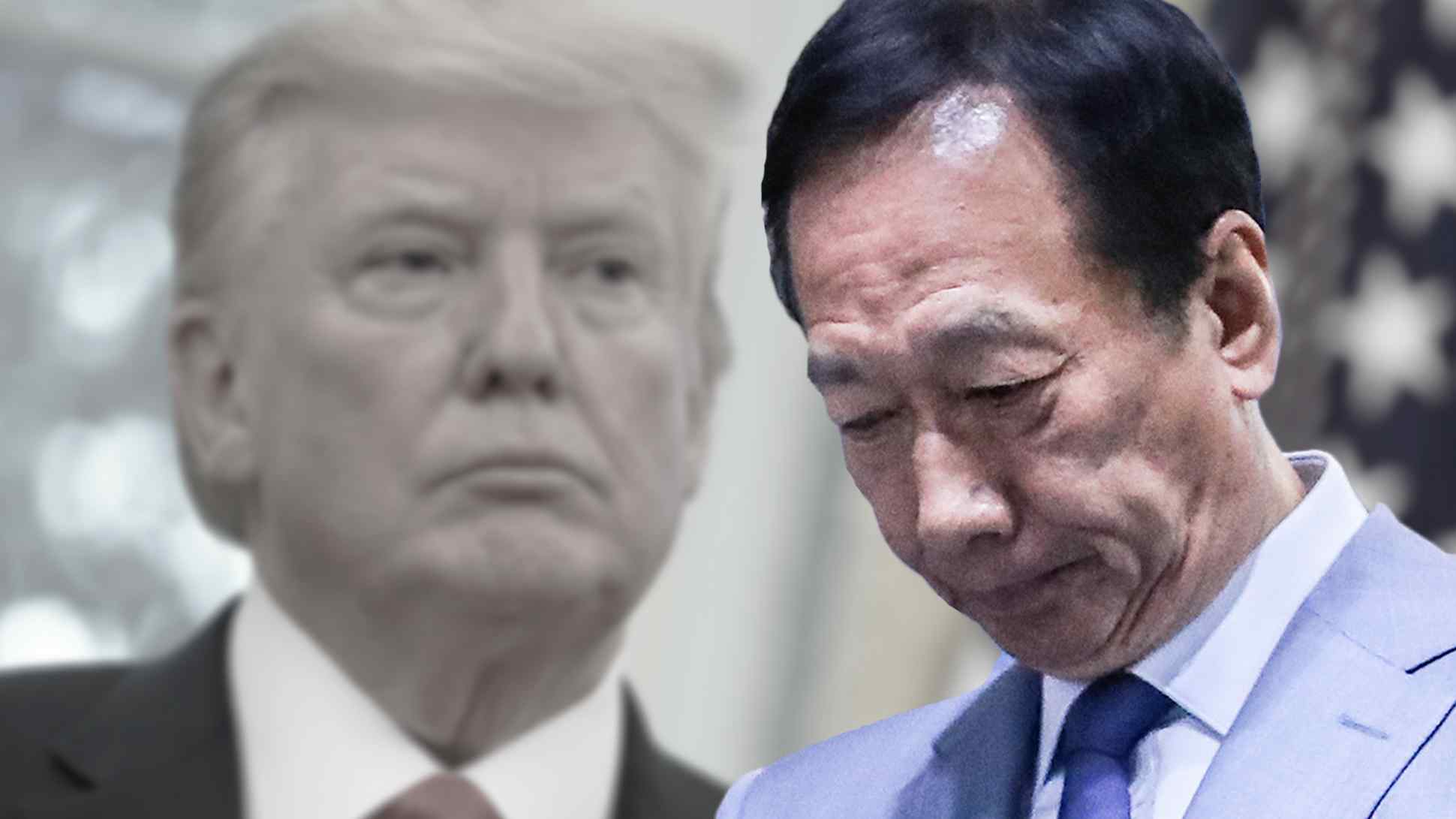 The cynical view out of Taiwan is that since billionaire Terry Gou had only a small chance of winning, he was not ready to take big risks, unlike Donald Trump, who fought through the 2016 U.S. election cycle as the underdog. (Nikkei Montage/ Kosaku Mimura/Reuters)
China up close

Tycoon evades being branded 'criminal of history' with surprise withdrawal

TOKYO -- The curtain fell suddenly on Taiwan's political drama starring billionaire business tycoon Terry Gou, whose stab at the presidency gripped the island and kept mainland China on its toes for several months.

The unexpected ending of the saga has made it clear that Gou, the founder and former chairman of Hon Hai Precision Industry, also known as Foxconn Technology Group, is no Donald Trump.