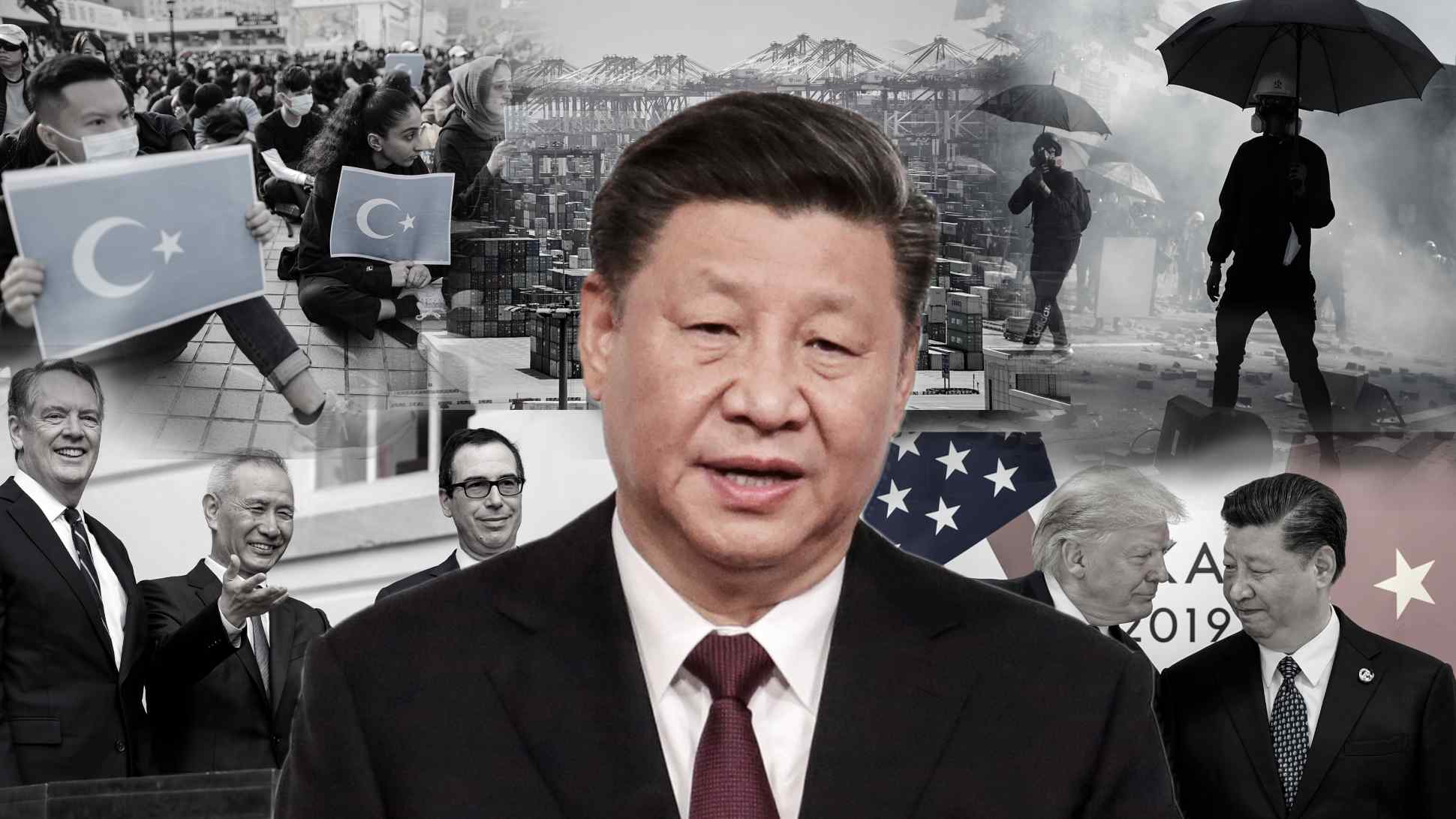 From diplomatic friction with the U.S. to protests at home, Xi Jinping faced many challenges in 2019. (Nikkei Montage/ Source photo by Reuters)
China up close

Black swans and gray rhinos appeared, as the leader warned

In this special year-end edition of China Up Close, column author and Nikkei Senior Staff Writer Katsuji Nakazawa selects the most important and poignant pieces published earlier this year.

TOKYO -- 2019 was a difficult year for China's leadership as it marked the 30th anniversary of the bloody military crackdown on pro-democracy student protesters in Beijing's Tiananmen Square.

China faced a host of challenges during the last 12 months, including its escalating battle with the U.S. for hegemony, unprecedented massive anti-government demonstrations in Hong Kong and an international uproar over the alleged abuse of ethnic minorities in Xinjiang.

The list of the Chinese leadership's woes goes on. Growth in the communist-ruled country's economy, the world's second-largest after the U.S., has slowed sharply to its lowest rate since 1992.

President Xi Jinping, who doubles as the Chinese Communist Party's general secretary, detected signs that the year would be tumultuous early on. 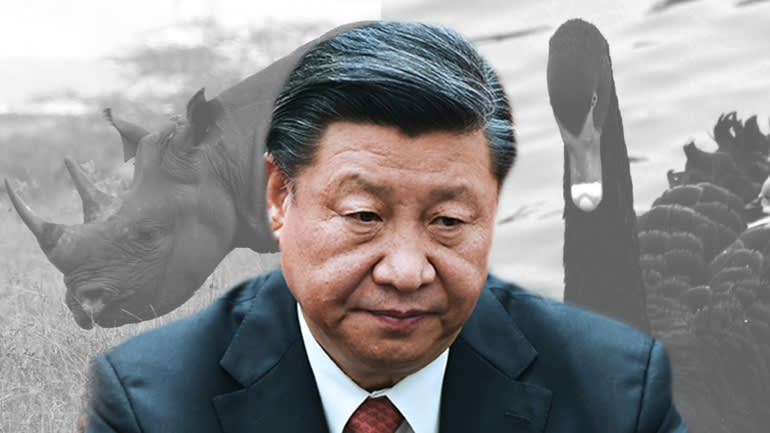 A "black swan" is a serious, unforeseen incident that defies conventional wisdom; a "gray rhino" refers to a potential risk that is highly obvious but tends to be overlooked.

As one article in this series of weekly columns pointed out in February, Xi's warning led a top official in charge of maintaining public order to issue an edict to police to prevent "color revolutions" and firmly fight to protect China's "political security."

Color revolutions refer to the democratization movements that began sweeping through the former Soviet Union, Eastern Europe and the Middle East around the turn of the century, toppling some old dictatorships.

These movements gained the moniker "color revolutions" because many were named after colors or flowers, such as the 2004-2005 Orange Revolution in Ukraine and the 2010-2011 Jasmine Revolution in Tunisia, which marked the beginning of the Arab Spring.

But as Xi spoke, no upheaval had yet taken place in China.

That changed on June 9, when about 1 million people filled the streets of Hong Kong, the Chinese special administrative region. These anti-government protests are ongoing, with some protesters vandalizing transit stations and shops seen as pro-Beijing.

One column published in August dealt with what legendary Hong Kong billionaire Li Ka-shing had on his mind, while another published in October introduced the protest movement's unique makeup; it has no command center and includes militant protesters who are being called "brave fighters." Hong Kong citizen Li Ka-shing offered some cryptic advice without saying who the advice was for, though he also appeared to be comparing President Xi Jinping to a tyrannical empress who maneuvered her sons to early deaths. (Nikkei montage/Getty Images, Reuters, AP photos)

The protest movement will continue in 2020, and political attention will focus on the election for Hong Kong's Legislative Council, the financial hub's parliament, scheduled for September.

Another major challenge China faced in 2019 was its fierce battle with the U.S. for hegemony, with the two countries locked in a prolonged trade war.

A turning point in the bruising fracas came in May, when the Xi administration cut up and reduced a 150-page draft trade deal to 105 pages, on the grounds that the agreement was tantamount to "an unfair treaty."

Five months of talks had gone into compiling the pact.

A column published in May detailed the circumstances behind China's sudden flip-flop.

Having mooted the trade deal, China went back to preparing for "a protracted war" with the U.S. -- a move whose effects linger in the slowing Chinese economy.

In late June, top U.S. and Chinese trade negotiators held a lengthy secret meeting on the sidelines of a Group of 20 summit in Osaka, western Japan.

The secret meeting was held at a prestigious hotel where the U.S. delegation to the meeting, led by President Donald Trump, was staying. It came on the eve of a long-awaited meeting between the Chinese and American presidents.

A column published in early July exclusively reported on the secret meeting and how the top U.S. and Chinese trade negotiators managed to pave the way for a temporary truce in the trade war.

In December the two countries were able to reach what they are calling a "phase one" trade deal. Xi Jinping thought time was on his side in his battle with Donald Trump, but a poor economy proved him wrong. Nikkei montage/Source photos by Reuters

The partial agreement came after China, which could no longer bear the toll on its economy, accepted many U.S. demands. In a significant concession, China specifically accepted American monitoring of the progress Beijing makes toward meeting its end of the bargain, an evaluation system and numerical targets.

A column published in December introduced China's response to the deal.

The signing of the agreement is said to come in January. But future negotiations toward a phase two pact are uncertain.

It is also possible that China will keep from negotiating difficult issues such as its industrial subsidies and reform of state-owned companies.

There is no end in sight to the trade war, which is why it remains to be seen when China's economic slowdown will bottom out.

The rivals' battle for hegemony will continue to attract global attention in 2020.