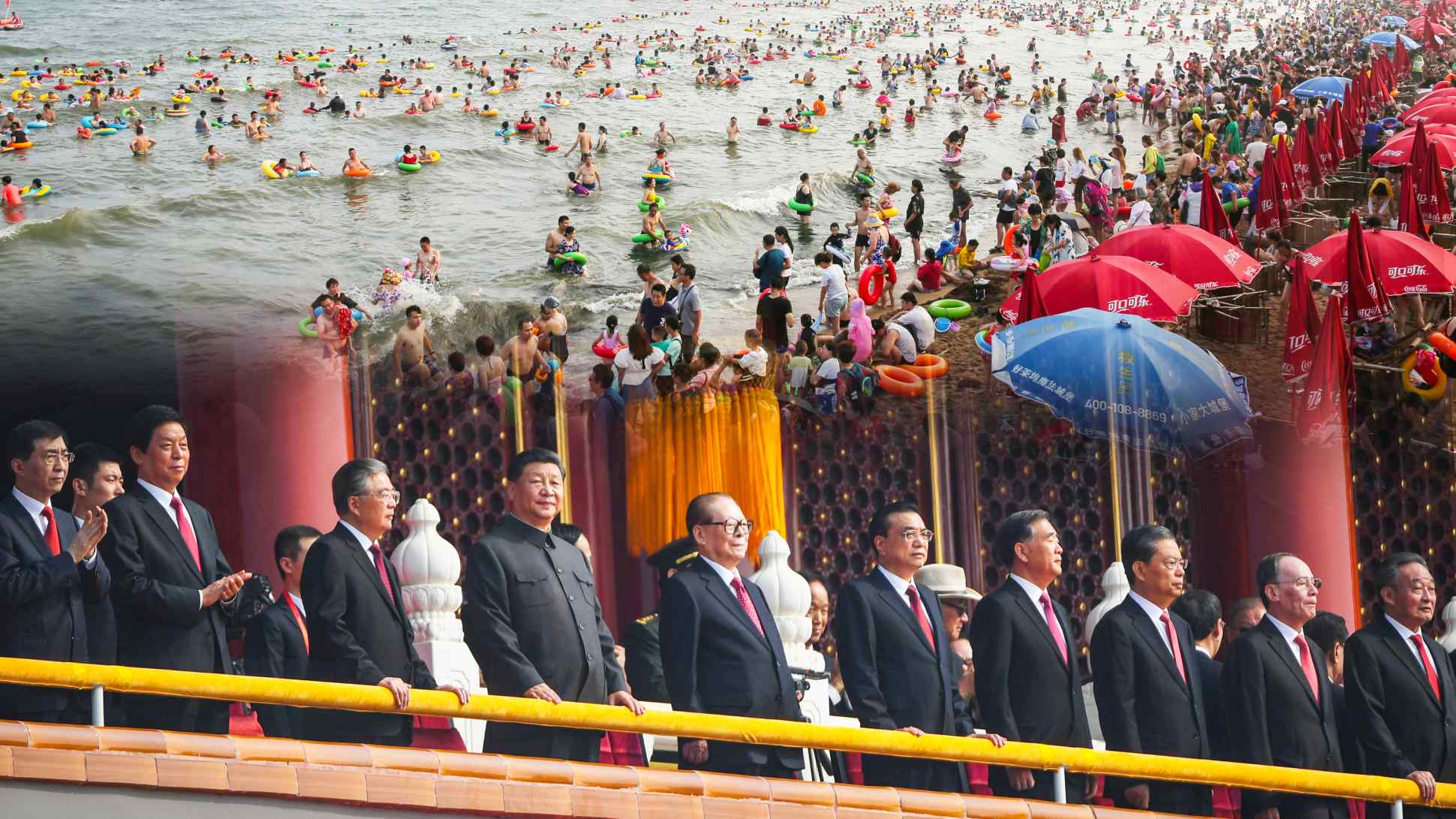 Chinese Communist Party elders no longer cause President Xi Jinping as much anxiety as they once did, though they can still criticize him for a few days every summer. (Nikkei Montage/Source photos by AFP/Jiji and AP)
China up close

TOKYO -- China's annual "Beidaihe meeting" will arrive in two weeks or so, kicking off the country's most heated political season.

Although people call it a "meeting," it is nothing more than an informal gathering of political figures to exchange views.

Yet, it is the one assembly that makes President Xi Jinping nervous, as he is subjected to criticism from retired Chinese Communist Party elders at the seaside resort of Beidaihe, in Hebei Province.

The situation surrounding this year's conclave is extraordinary. For one, nobody knows whether the luminaries can gather as usual, considering the pandemic.

Some say it is too risky to hold the meeting in Beidaihe, a bit of a journey from Beijing, considering the age and health of the elders. The novel coronavirus outbreak has hardly been brought under control in the country.

But with China facing so many issues -- the virus, Hong Kong, South China Sea boundaries and U.S. tensions -- it is not hard to imagine that the elders would like to have a word with the leader. 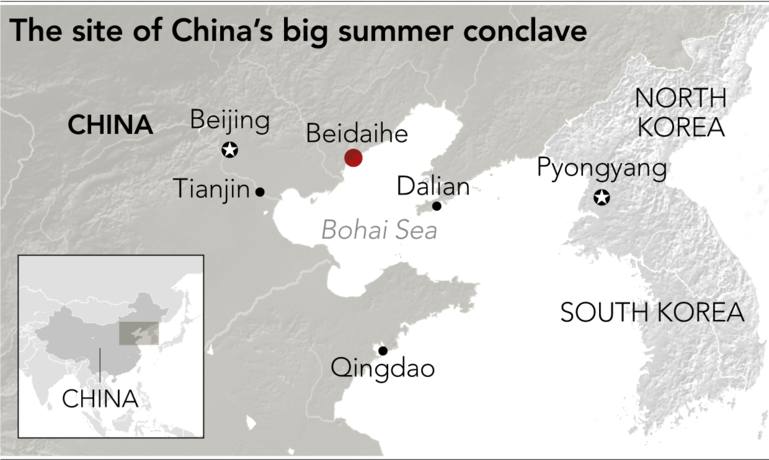 China's relations with the U.S. are said to have plunged to their lowest point since the countries normalized diplomatic ties in 1979.

It was somewhat surprising, therefore, that State Councilor and Foreign Minister Wang Yi suddenly sent out a conciliatory message. "Some friends in the U.S. might have become suspicious or even wary of a growing China," he said during the China-U.S. Think Tanks Media Forum on July 9, via a video link. "I'd like to stress here again that China never intends to challenge or replace the U.S., or have full confrontation with the U.S."

This had all the fingerprints of the looming Beidaihe meeting on it.

Who are the elders? There are between 10 and 20 figures who still have influence. They are the ex-leaders who stand on the Tiananmen rostrum during military parades.

They have been the central players at Beidaihe meetings for many years.

This does not mean Jiang, Zhu, Hu and Wen are on good terms.

What they do have in common, however, is that they oversaw China's high economic growth and upheld a moderate external policy of "hiding claws" and biding time for a ripe opportunity. Former paramount leader Deng Xiaoping introduced this tao guang yang hui diplomatic strategy.

Xi is pursuing a different course. After taking the party helm as general secretary in 2012, Xi quickly ditched Deng's policy and began talking about China becoming a "great power."

Under Xi, China has adopted a strategy of catching up with the U.S. economically and technologically much earlier than previously planned. But the ambitious strategy has led to a serious confrontation with the Trump administration, which sees the rise of China as a threat.

The party projects a sense of unity, but in reality it harbors multiple viewpoints. Xi's current policies certainly do not enjoy overwhelming support.

Xi's political path would become trickier to navigate if dissent were to spread from a handful of cadres to a wider camp, supported by influential elders behind the scenes. 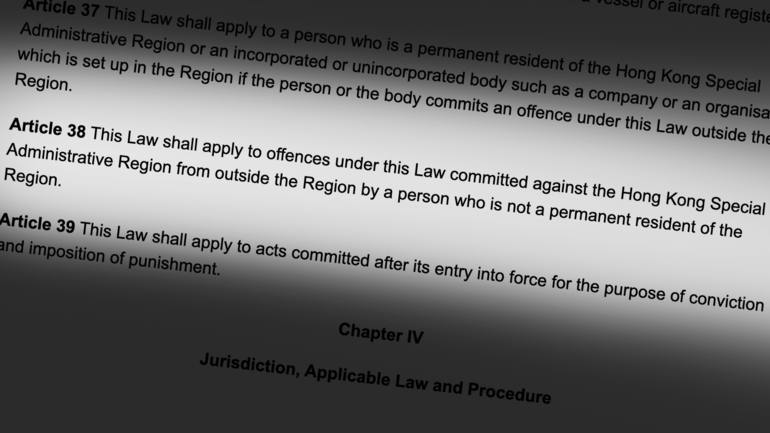 Article 38 is a grab for extrajudicial power that critics say can put anyone in Beijing's crosshairs. (Screenshot from Xinhua website)

The establishment of the Hong Kong national security law is set to go down in history books as one of the most consequential decisions made in the party's history, along with those involving the Cultural Revolution, the "reform and opening-up" policy and the Tiananmen Square crackdown.

The law carries one especially controversial clause in which Beijing claims jurisdiction over foreigners not in Hong Kong who are deemed to have committed offenses under the law. Theoretically, anybody in the world could be accused of things that China unilaterally decides are criminal.

Strong concerns over the provision have been expressed, not only by governments of the free world but also by foreign companies that worry it infringes on freedom of speech, freedom of expression and freedom of economic activity around the world.

Strong opposition was expected, but the Xi administration pushed it through anyway.

Party elders who took pains to manage the country's relations with the U.S. must be itching to warn Xi: "Don't hurry too much. ... You should not be overconfident."

Advanced in age, they might not have too many more opportunities to raise such objections.

There is another reason for party elders to worry about China's increasingly tense relations with the U.S. Many of their children and relatives -- as well as those of high-ranking bureaucrats -- have spent time in the U.S. studying, working and investing. Many hold significant overseas assets, including land and buildings. Hundreds of millions of dollars may be at stake.

If the Trump administration imposes wide-ranging sanctions on Chinese dignitaries, they would suffer "enormous damage, sending shock waves among them more than expected," said one Chinese source who spent many years living abroad.

It is a pragmatic but serious issue.

China's domestic politics, including the Beidaihe meeting, once interested only some people. But Chinese politics now have global repercussions. The Beidaihe conclave, therefore, attracts more eyeballs every year.

Only months or years later, do journalists and analysts get to understand the full picture of Beidaihe meetings, through sources and records.

Here is a quick look back at the 2014 gathering.

When Xi arrived in Beidaihe in early August that year, he was so nervous he wore a stone-like expression and spoke little. Anxiety made him appear absent-minded and made it difficult for him to react, even when attendants urged him to watch his step.

Before the conclave, Xi began wielding his anti-corruption campaign against influential figures, including Zhou Yongkang, a former member of the Politburo Standing Committee, and Xu Caihou, a former vice chairman of the Central Military Commission and a top uniformed officer. 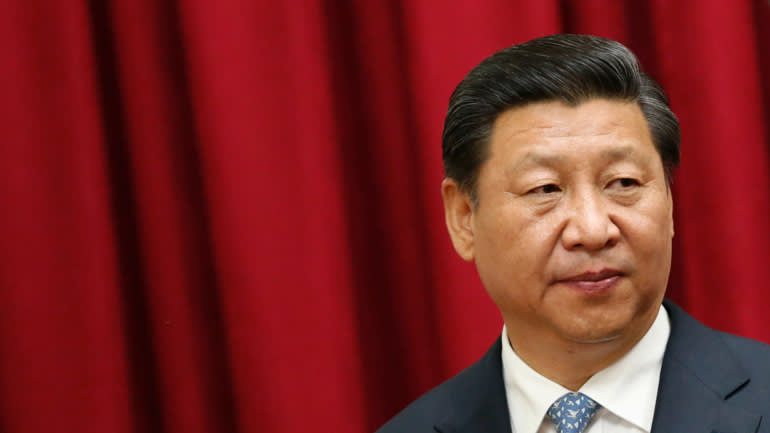 During an internal meeting held shortly before the 2014 gathering, Xi blustered, "We are entering a new phase of anti-corruption, unafraid of anybody."

Xi mentioned no names but was in effect referring to former President Jiang and his faction, whose dissatisfaction was clear. As such, the political atmosphere was already tense before the annual conclave got underway.

But in the face of Xi's political momentum, the elders kept their grudge in check and eventually pledged solidarity.

Xi has only grown in stature since that summer. After the party's 2017 national congress, he was able to push through a revision to the national constitution, scrapping the limit of two five-year terms for a Chinese president. Now president for life, Xi is barreling ahead in his mission to further consolidate power.

Nevertheless, the Beidaihe meeting remains troublesome for Xi. It is the only meeting he must fear.

The son of a former vice premier, Xi is considered a "second-generation red" or "princeling." His power base is made up of fellow children of revolutionary-era party leaders.

But shockingly to them, Xi did not appoint many second-generation reds or princelings to key positions when making personnel changes at the party's 2017 national congress. Instead, he promoted mostly former subordinates who served him in regional governments.

This has sowed discord between him and other second-generation reds.

There are at least two options if antivirus measures hinder this summer's annual ritual, one of which would not sit well with the elders.

One is to cancel all events at Beidaihe in the name of epidemic prevention and hold necessary meetings in Beijing. There is a precedent for this. Seventeen years ago, the administration of President Hu canceled the Beidaihe meeting in response to the outbreak of SARS, severe acute respiratory syndrome.

Another option would be to hold the Beidaihe meeting on a smaller scale, effectively rejecting the participation of elders.