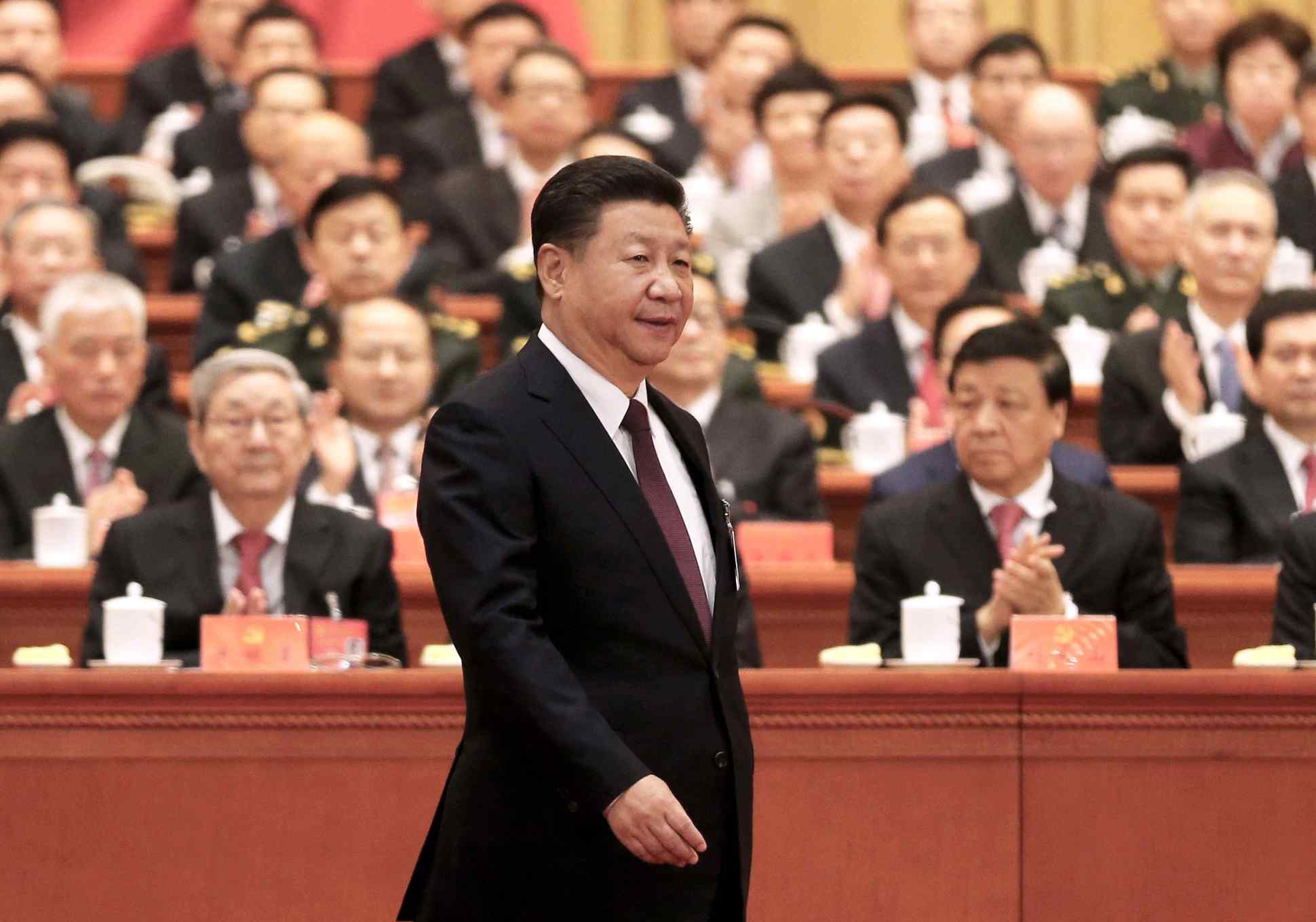 Chinese President Xi Jinping walks to the lectern to deliver his speech during the 19th National Congress of the Chinese Communist Party at the Great Hall of the People in Beijing on Oct. 18.   © Reuters
China up close

The Chinese Communist Party's weeklong national congress ended on Oct. 24 after new members were elected to the Central Committee and after Xi's ideology was added to what is essentially the party's constitution.

Alternate, or candidate, members of the elite committee can also attend plenary sessions, where important decisions are made. Counting them, three quarters of the new Central Committee members are new.

A reshuffle on such a scale has not been seen since the 1966-1976 Cultural Revolution under Mao Zedong. Now it would appear that China is facing a new era of political turbulence. 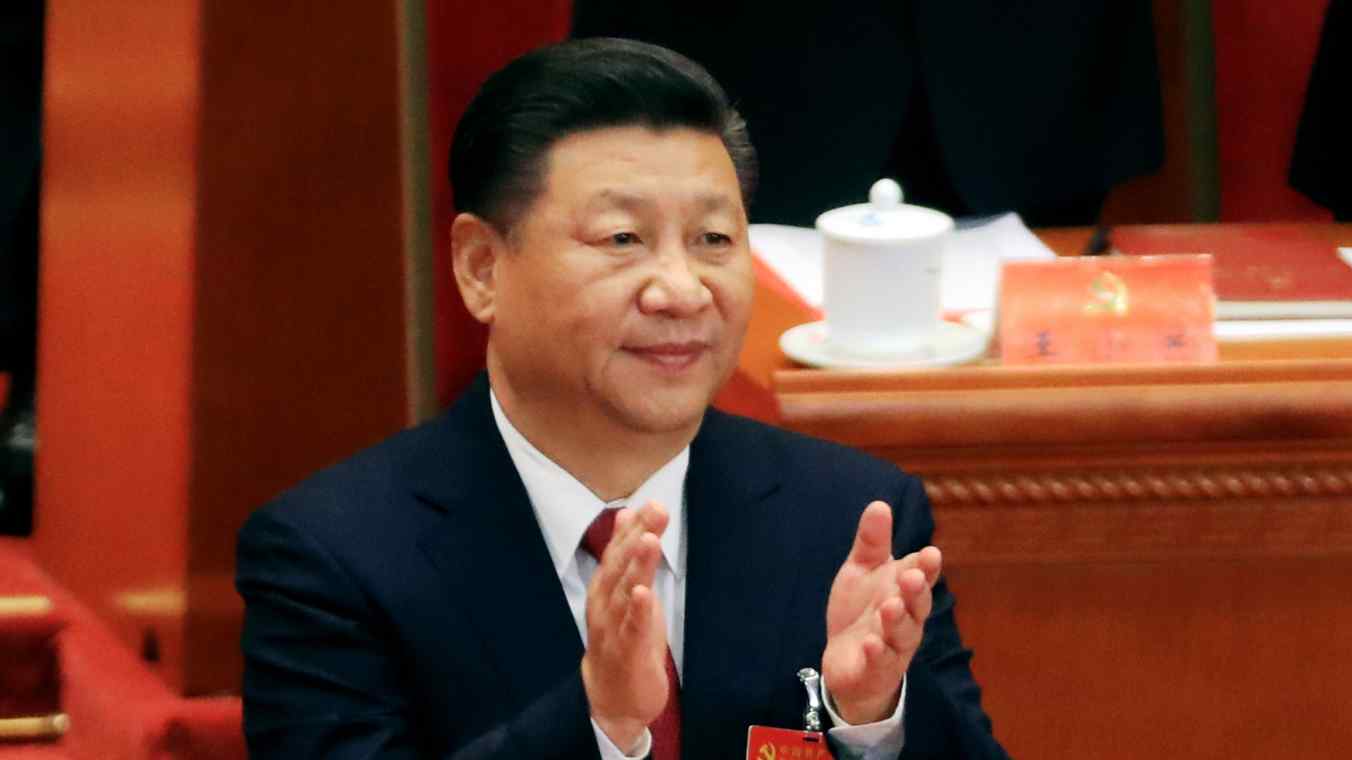 Interview with the president

This time, though, things were different. The party's Organization Department played a key role in drafting a list of candidates for the Central Committee.

Then Xi interviewed them one by one, eliminating candidates he deemed problematic, picking his favorites. Later, party voting was a rubber-stamp affair. Chinese President Xi Jinping, center, attends the opening of the party congress at the Great Hall of the People in Beijing on October 18.   © Reuters

The system to choose Central Committee members can be confirmed through official Chinese media reports, including those of the state-run Xinhua News Agency.

These reports show that intraparty votes have been relegated to a lesser role than they played when Hu Jintao, 74, Xi's immediate predecessor, was in power.

The reasoning is a bit of a stretch. The new process was put in place, the explanation goes, to prevent vote-buying and other shenanigans. Intraparty voting, despite seeming to advance democracy, actually gave people such as Zhou Yongkang, Sun Zhengcai and Ling Jihua, a path into the ranks of party leadership, people supportive of the reforms explain. The three allegedly took advantage of the process by maneuvering to allow vote-selling. Zhou, Sun and Ling have since fallen victim to Xi's signature anti-corruption campaign.

The new system is based on nengshang nengxia -- promoting or demoting people based on their performance.

It does not emphasize past achievements in terms of economic growth, the number of votes obtained within the party, performance in promotion tests, age or other factors. Instead, candidates are sized up during interviews. 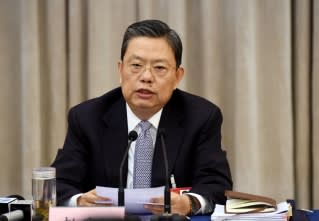 As head of the party's Organization Department, Zhao Leji played a key role in introducing the new system, in accordance with Xi's wishes. Zhao last month was rewarded with a seat on the Politburo Standing Committee. 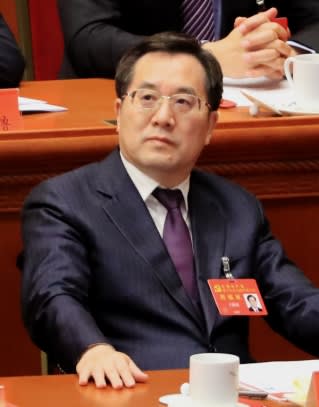 Ding Xuexiang was promoted to director of the party's General Office, a key position which handles administrative affairs within the Communist Party. (Photo by Akira Kodaka)

As director of the general secretary's office, Ding Xuexiang, 55, also contributed to the introduction of the new system, in which Xi effectively has the final say. Ding last month won promotion to the Politburo. Ding became the director of the party's General Office, which manages routine administrative affairs, a post previously held by Li Zhanshu, 67, who has joined the Politburo Standing Committee.

Among those going the other way was Chinese Vice President Li Yuanchao, 66, a close aide to former President Hu Jintao and a member of the Hu faction -- one of two factions Xi has been battling.

Li served as head of the party's Organization Department until 2012 and is said to have created a promotion system favorable to his own faction. Li was not elected, not even to the new Central Committee.

Since taking the helm of the country five years ago, Xi has given many close aides unusually big promotions.

Those close aides typically are Xi's former subordinates from his days in the provinces of Zhejiang and Fujian. Others come from or have strong ties to Shaanxi Province, the Xi family's hometown. Li Qiang earned his new job as Shanghai's top party boss by dismantling the stronghold of President Xi Jinping's foes. The position is a likely steppingstone to the Politburo Standing Committee. (Photo by Akira Kodaka)

Li Qiang is a member of Xi's faction, belonging to the Zhejiang clan, while Li Xi belongs to the faction's Shaanxi clan. Li Qiang served as Xi's chief secretary for four years during Xi's time as Zhejiang's top official. After assuming Jiangsu's top post as the local party chief, Li declared a battle to eradicate corruption in the province.

Jiangsu was the stronghold of Jiang Zemin's faction, the other grouping that has been pitted against Xi. Jiang was born there. Zhou Yongkang, a disgraced former member of the Politburo Standing Committee and influential member of the Jiang faction, was also born in Jiangsu.

Li Yuanchao of the Hu faction also wielded strong influence in his native Jiangsu. "There have been rumors about corruption involving people around Li Yuanchao in the past few years," a source in the province said.

This might be a reason why Li Yuanchao was not elected even to the new Central Committee last month, a surprise development that will force him to effectively retire.

Li Qiang is widely believed to have been tapped as Shanghai's top official in recognition of his part in taking away Jiang's and Li Yuanchao's shared stronghold.

The party's top post in this commercial hub is widely seen as a gateway to the Politburo Standing Committee. Jiang, former Chinese Premier Zhu Rongji, Xi, Yu Zhengsheng and Han Zheng have all been promoted to the powerful committee after serving as Shanghai party chief.

Yu is a former Politburo Standing Committee member, and Han is a new one. Meanwhile, Li Xi was appointed Guangdong's party chief as a reward for his contributions in Liaoning Province. He was promoted to the Politburo on Oct. 25. He was born in Gansu and spent much of his career in Shaanxi and its surrounding areas.

As party chief in Liaoning, Li Xi scored political points by purging officials involved in an election scandal last year. His move paved the way for Xi to take advantage of the scandal and introduce the new top-down personnel system.

The purge is also said to have been aimed at weakening Premier Li Keqiang's influence in Liaoning. Li Keqiang, 62, once served as the province's top official. The premier belongs to the Hu faction.

Xi Zhongxun, Xi's late father, was born in Shaanxi. The elder Xi and his comrades launched a revolutionary uprising in Gansu in 1932. Li Xi's father is said to have joined the armed uprising.

Li Xi replaced Hu Chunhua, 54, who had long been seen as a promising next-generation leader along with Sun Zhengcai, a disgraced former top official in Chongqing. Hu Chunhua attends a session of the 19th National Congress of the Communist Party of China on Oct. 19. (Photo by Akira Kodaka)

Despite all the talk, Hu Chunhua did not win a Politburo Standing Committee posting.

Hu Chunhua, who belongs to the Hu faction, is widely expected to become a vice premier in a reshuffle of the State Council, China's cabinet, in March.

And then there was one

Meanwhile, there are growing concerns, even within the CCP, that Xi is building a personality cult. A huge photo of Xi was splashed across the front page of the People's Daily on Oct. 26. Below this was a picture of the seven new Politburo Standing Committee members. The front page of the Oct. 26 edition of the People's Daily has a large photo of President Xi Jinping looming over a picture of the seven Politburo Standing Committee members. (Photo by Akira Kodaka)

This and other symbolic messages are reminiscent of the Mao era; their likes have not been seen since the era of Deng Xiaoping, who became China's supreme leader after Mao's death. Since Deng, the CCP has upheld a collective leadership system.

In reference to the huge photo of Xi on the front page of the People's Daily, one party source said, "I think this [kind of messaging is] clearly banned in communist party rules based on lessons learned from the Mao era."

Within the party a backlash and discontent are growing that could affect personnel changes in the national government come March. Xi wants to appoint Wang Qishan, his longtime ally, as the country's vice president. But Wang's fate remains uncertain, dependent on intraparty politics.

Wang, 69, stepped down from the Politburo Standing Committee due to the unofficial party retirement age of 68 and was not even elected to the new Central Committee.

Xi's massive shakeup has ushered in potential uncertainty, and it will take time to assess how stable the new era is.

Click here for a look at the new leadership team.