Xi has tied his own hands in the trade war

"The two leaders agreed that there will be no additional tariffs imposed after Jan. 1," reported China Global Television Network, the 24-hour English-language news channel of state-run China Central Television.

Formerly known as CCTV News, the broadcaster recently changed its name to CGTN, hoping to dilute its state-run image. Aiming for a more international look, it also hired announcers from various countries.

China uses CGTN to gain the upper hand in its global propaganda war. "Chinese-style news" is said to be delivered to as many as 50 million people around the world via satellite.

So it was CGTN that told the world that the Trump-Xi dinner had gone well.

Later, Wang Yi, China's State Councilor and Foreign Minister appeared in front of reporters and declared that the two leaders had reached "an important consensus."

But Wang left out perhaps the most important element: the 90-day deadline for Beijing and Washington to negotiate structural reforms to China's economy, after which tariffs would jump to 25% from 10% if no progress was made.

All Chinese media outlets, which are under the Communist Party's control, followed Wang's lead and did not report the 90-day deadline. The reason was clear. Trump's choice of time frame hit a raw political nerve in China.

Immediately after the 90-day period expires, China holds the most important political event of the year. This is the annual session of the National People's Congress, China's parliament, which gathers the great and the good of Chinese politics in Beijing for two weeks.

Trump has given Xi until then to make significant concessions in the trade negotiations. But the Chinese public was not informed of this ultimatum until Wednesday, when the Commerce Ministry finally touched on the 90-day time frame in a statement.

For China, any negotiation involving the country's number one, Xi, cannot go wrong, let alone collapse. It was thus a forgone conclusion that the Xi-Trump summit would reach an "important consensus," regardless of the facts.

Xinhua News Agency added an odd spin to its reporting of the agreement. "As required by the 19th National Congress of the Communist Party of China, Beijing is committed to deepening reform and furthering opening-up," the report said. "In the process, some economic and trade issues that are of Washington's concern will be solved," Xinhua added.

The sentences sum up Xi's final offer, which has been formed through intraparty discussions.

To put it simply, the sentences tell us that Xi, who doubles as party chief, can only make concessions within the framework of the policies adopted at the quinquennial party congress of October 2017.

"The Communist Party of China will lead the country to basically realize socialist modernization by 2035," Xi said at the 2017 congress. Although his words were mild, his reference was to a grandiose plan calling for China's economy to overtake the U.S. by 2035, some 15 years or so earlier than previously planned.

To do so, it calls for "stronger and bigger" state-run companies. And China will move closer to achieving the target if it acquires overseas companies with advanced technologies in accordance with "Made in China 2025," a carefully designed blueprint for upgrading China's strategic industries.

Highly alarmed by that prospect, the U.S. has called for the "Made in China 2025" plan to be retracted and has also raised concerns about the level of subsidies to state-run Chinese companies.

To American eyes, it may have seemed puzzling that Xinhua proudly mentioned the requirements of the Communist Party's national congress when it reported the government-to-government talks in Buenos Aires.

After all, Xi was attending the dinner with Trump as the head of state of China, not as the Communist Party's general secretary. But the reality of China is that the party controls all.

While Xi looks for concessions to offer Trump, he has no choice but to reject any U.S. demands that would shake the very foundations of China's "great power" policy.

The irony is that Xi's hands in his diplomacy with Washington are tied by his own policies. Alibaba's Jack Ma Yun, one of the world's most prominent businessmen, was actually a Chinese Communist Party member.

In a recent example of how far the Communist Party's tentacles stretch in China, the party revealed in an article that Jack Ma Yun, the retiring chairman of Chinese e-commerce king Alibaba Group Holding, is a party member.

Ma has so far shied away from becoming a member of the National Committee of the Chinese People's Political Consultative Conference, a position that many fellow corporate executives take on, and has often made remarks distancing himself from the party and the Chinese government.

The surprise revelation that a world-class private company's head belongs to a political party still advocating Marxism-Leninism has reverberated abroad.

If found to be corrupt, for instance, Communist Party members are taken away and detained by officials of the party's Central Commission for Discipline Inspection.

Ma is no exception. The billionaire tycoon is required to pledge absolute loyalty to the Communist Party with Xi as its "core." Decisions made at the party congress affect private citizens, including Ma. The lines between state owned companies and private sector companies are blurred.

The new 90-day negotiating period which emerged from the Buenos Aires meeting is reminiscent of another deadline that appeared earlier in Trump's time in office. In April 2017, Trump and Xi held talks at the Mar-a-Lago estate in Palm Beach, Florida. A "100-day plan" was agreed on, as they temporarily buried the hatchet. Trump and Xi agreed to a 100-day plan to tackle trade imbalances when they met at Trump's Mar-a-Lago estate in Florida in April 2017.   © Reuters

That plan called for the two countries to negotiate for 100 days to reduce a huge U.S. trade deficit with China. Like it did this time, China initially hid the existence of the plan. The deadline passed in the summer of 2017 without any specific results being achieved.

This time, Xi has only one card up his sleeve to cool Sino-U. S. economic and trade war tensions. It is to modify the "great power" policy of seeking to overtake the U.S. at the upcoming fourth plenary session of the 19th Central Committee of the Communist Party.

The holding of the fourth plenary -- which sets the direction of economic management for the next year -- has been significantly delayed, partly due to the difficult issue of coping with the Sino-U.S. trade feud.

But the current circumstances almost guarantee that the meeting will take place during the next 90-days. 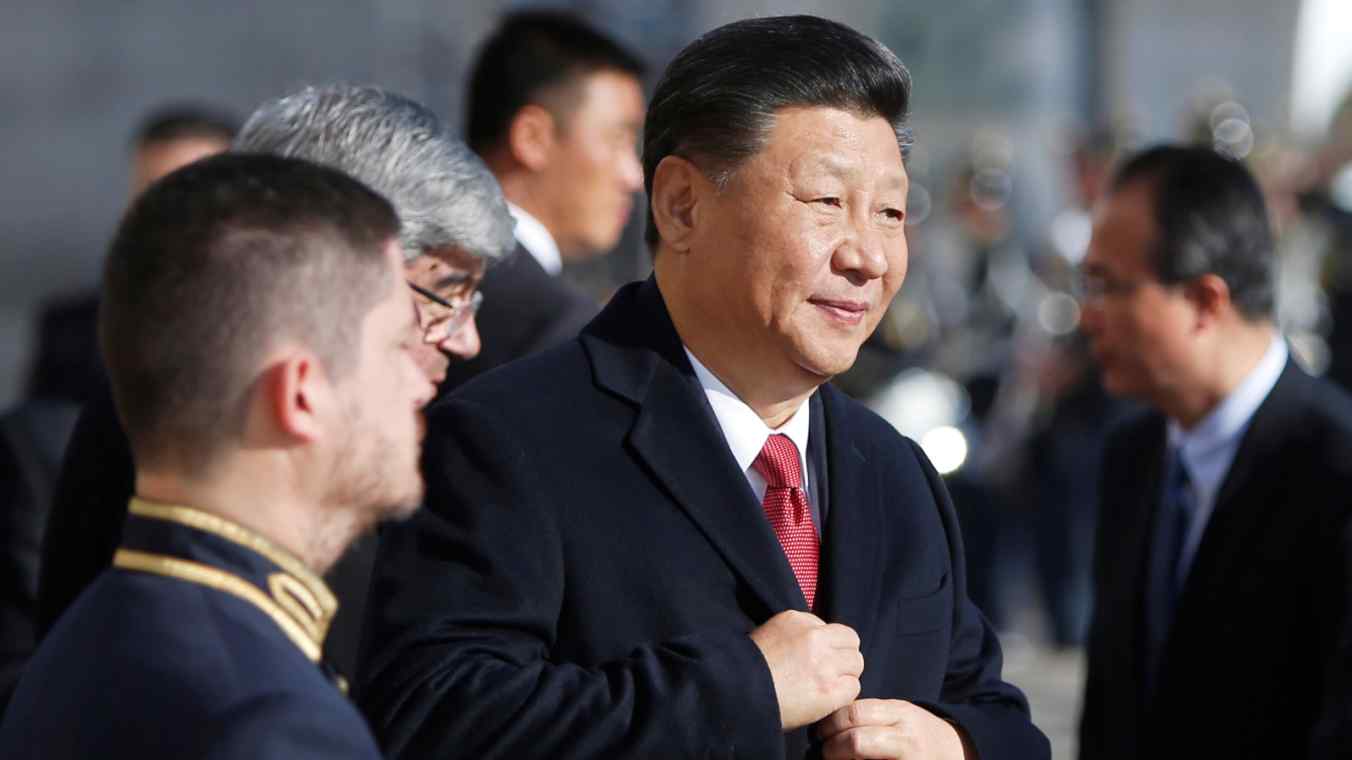 Since coming to power in the autumn of 2012, Xi ditched Deng's policy and moved to challenge the U.S. squarely. Once Xi embraces "tao guang yang hui," it will be easier to make significant concessions to Trump.

But such a hand would be politically risky, because it would essentially lead to a denial of "Xi Jinping's new era," and raise doubts about a whole series of political decisions China's leader has made, including the scrapping of term limits on his presidency.

U.S. Treasury Secretary Steven Mnuchin said on Dec. 3 that China has made $1.2 trillion in additional commitments to buy U.S. goods, including agricultural products and energy resources such as liquefied natural gas, or LNG, as part of efforts to correct the bilateral trade imbalance.

But this Chinese offer is also reminiscent of highly publicized business deals reached when Xi and Trump met in Beijing a little more than a year ago. China trumpeted the business deals as "historic" ones worth a total of $250 billion.

Despite those business deals, no progress was made in correcting the bilateral trade imbalance, resulting in the eruption of a bitter trade war between the world's two biggest economies.

The next round of trade negotiations will be led by U.S. Trade Representative Robert Lighthizer, an anti-China hardliner, instead of the moderate Mnuchin. If Lighthizer has Trump's ear, will that actually be a better combination for Beijing?

The countdown to the end-February deadline for the latest round of Sino-U. S. negotiations has already begun.