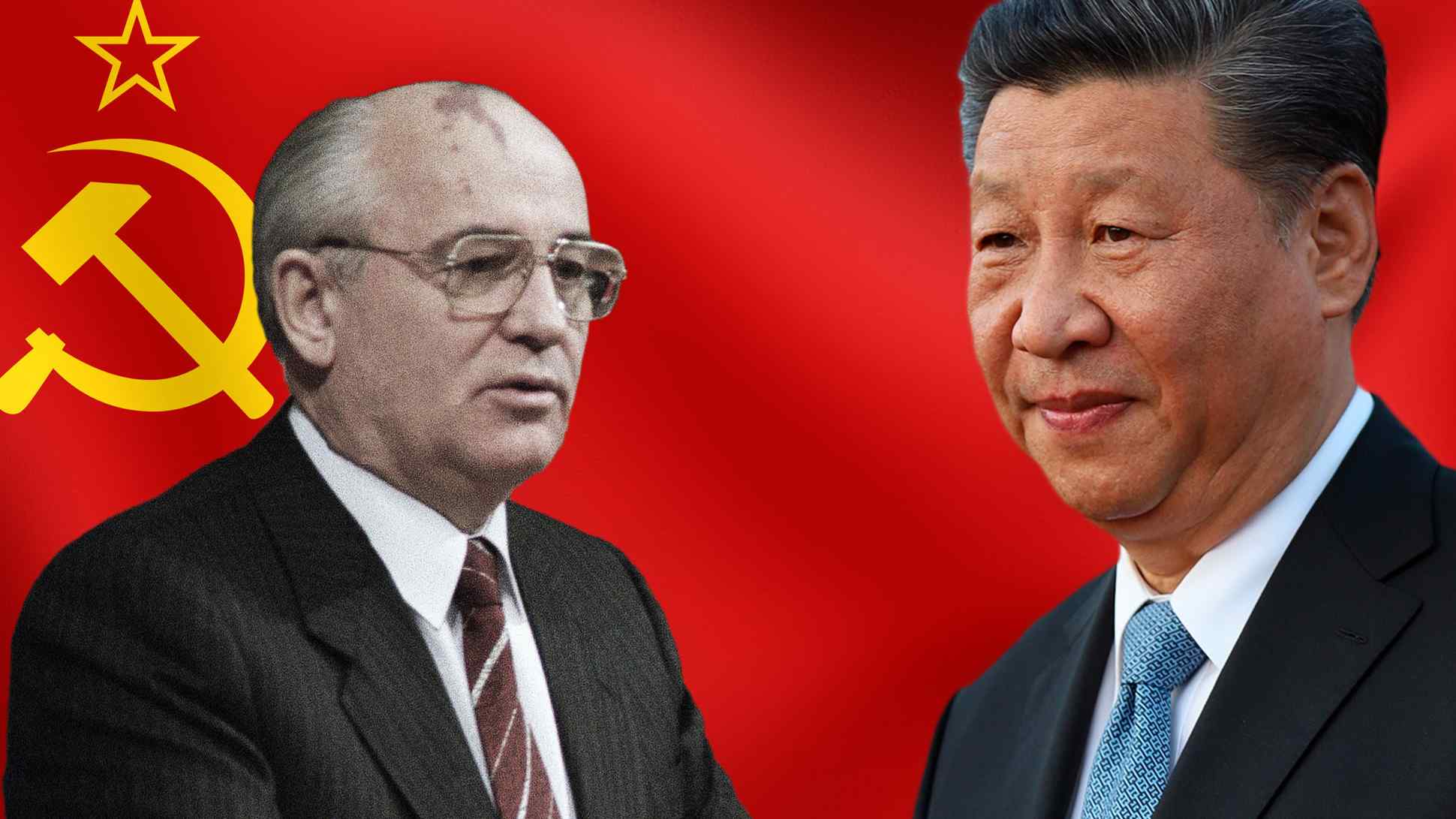 The one policy Chinese President Xi Jinping has stuck to ferociously during his tenure is to strengthen the rule of the Communist Party so as to avoid the fate of Mikhail Gorbachev and the Soviet Union. (Nikkei Montage/Source photo by AP)
China up close

Efforts to strengthen Communist Party rule has only backfired

TOKYO -- The first pledge Xi Jinping made as leader of the Chinese Communist Party eight years ago was to never allow the party to suffer the same fate of the Communist Party of the Soviet Union.

"Why did the Soviet Union disintegrate? Why did the Soviet Communist Party collapse?" he asked his fellow members in December 2012. "An important reason was that their ideals and convictions wavered," he said during an internal speech that was not carried by state media.