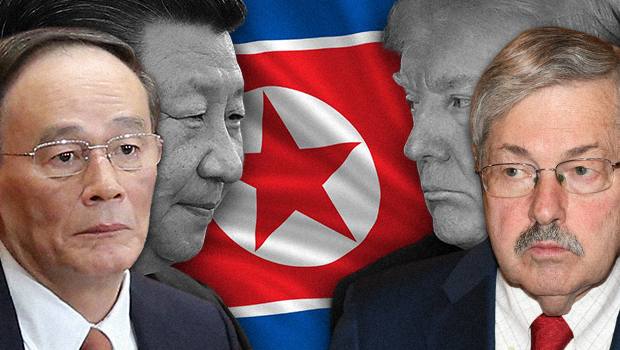 TOKYO -- When Chinese President Xi Jinping was 31, he led a five-man delegation to the U.S. state of Iowa to study agriculture. It was 1985, and he was the young Communist Party secretary for Zhengding County, a region in Hebei Province known mainly for producing wheat and corn.

The Iowans who arranged the visit had no budget for the group to stay in a hotel, and therefore arranged for them to stay in private homes. Xi spent two nights in the children's room of a middle-class local family, surrounded by Star Trek figures.

The Iowa governor who had invited Xi was Terry Branstad. Now, 33 years later, Branstad is the U.S. ambassador to China and looks to be a key player in the U.S.-China collaboration over North Korea.

Since autumn, China has been aggressively courting Ambassador Branstad, 71, in its bid to break the ice with U.S. President Donald Trump. And, as the world's eyes were fixed on the Winter Olympics in South Korea, the U.S. and China are making joint maneuvers along the China- North Korea border. The wooing began in early November, with China inviting Branstad to a secret tour of the Yanbian Korean Autonomous Prefecture, in Jilin Province, on the border with North Korea. This took place around the same time Xi was giving Trump a grand tour of the Forbidden City.

Branstad was shown around the city of Tumen and elsewhere in the prefecture, not far from North Korea's nuclear test site in Punggye-ri. Tumen sits on the other side of the Tumen River from North Korea. Hundreds of thousands of ethnic Koreans live in the Yanbian Korean Autonomous Prefecture.

But Kim's regime has recently come under scrutiny from these ethnic Koreans due to repeated nuclear detonations, which have raised the specter of radioactive contamination.

Branstad served six terms as governor of Iowa, a major grain-producing state in the U.S. Midwest, and is close to Trump. Xi sees Branstad, with whom he has a personal relationship that goes back three decades, as his best conduit to Trump.

Details about Branstad's border tour remain shrouded in mystery. In fact, it is unclear how China and the U.S. can cooperate in the area.

But one thing is clear: Xi wanted Branstad to see firsthand the situation along the Sino-North Korean border and to demonstrate China's seriousness about implementing sanctions. And he wanted the ambassador to convey that message back to Trump.

It is safe to say that through discussions with local ethnic Koreans, Branstad was given the impression that sentiment in the area is increasingly unfavorable toward North Korea. It is also safe to assume that Branstad reported this directly to Trump.

But this was not Branstad's first visit to the Yanbian region.

On Sept. 6, 2017, three days after North Korea carried out its sixth and most powerful nuclear test in defiance of strong international pressure, Branstad was in Tumen. Branstad himself disclosed this September visit when he returned to Iowa at the end of last year.

Furthermore, Branstad has also visited Dandong, a city in Liaoning Province that lies across the Yalu River from North Korea, according to a report by U.S. National Public Radio.

In total, Branstad is believed to have visited the border area three times since taking up his ambassadorship in Beijing last summer. The frequency of visits is unprecedented. It was a matter of time before Branstad's secret but high-profile November visit to the prefecture was made known to the Kim regime in North Korea. Although being a secret visit, Branstad was accompanied by a retinue of officials.

Many North Korean agents posing as civilians operate in the prefecture. There are also many Korean restaurants run by North Korea and staffed by workers sent from the country.

But it is also possible that China and the U.S. deliberately made Branstad's November tour known to Kim to demonstrate the counties' deepening partnership.

If this is the case, Xi was sending a message to Kim: "If a U.S.-North Korea war erupts, Pyongyang is on its own. China is not coming to the rescue, and this has already been conveyed to Trump through Branstad."

One source said: "The series of moves by the U.S. and China has put strong pressure on Kim, leading North Korea to abruptly cozy up to South Korea during the Pyeongchang Olympics."

Kim sent a high-level delegation to the Olympics that included his sister Kim Yo Jong. Through Yo Jong, who is pregnant with her second child, the North Korean leader proposed to South Korean President Moon Jae-in to hold a North-South summit in Pyongyang.

Meanwhile, China is set to enter another political season. On Mar.5, the country's parliament, National People's Congress, will hold its annual meeting where laws are decided and government personnel moves finalized. 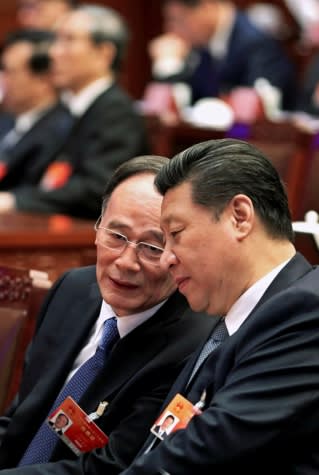 When the dust settles, Ambassador Branstad will likely see a key political figure in position to be his counterpart in U.S. China issues.

That figure is Wang Qishan, 69, China's former anti-corruption czar and Xi's long-time ally. Wang retired from China's top decision making body, the Chinese Communist Party's Politburo Standing Committee, in October. But he was recently elected as a deputy to the parliament, paving the way for his return to the center stage of Chinese politics.

If that was not clear enough, another recent incident left nobody in doubt. In accordance with custom and ahead of Chinese New Year, Xi and six other current Politburo Standing Committee members extended greetings to 95 retired party cadres.

In addition to Xi's two predecessors, Jiang Zemin and Hu Jintao, the list of retired party cadres includes Liu Yunshan, 70, and three other politicians who also retired from the powerful committee in October. They bowed out because of the qi shang, ba xia rule. The "seven up, eight down" rule calls on party members who turn 68 not to assume any new positions and to retire from those they have. 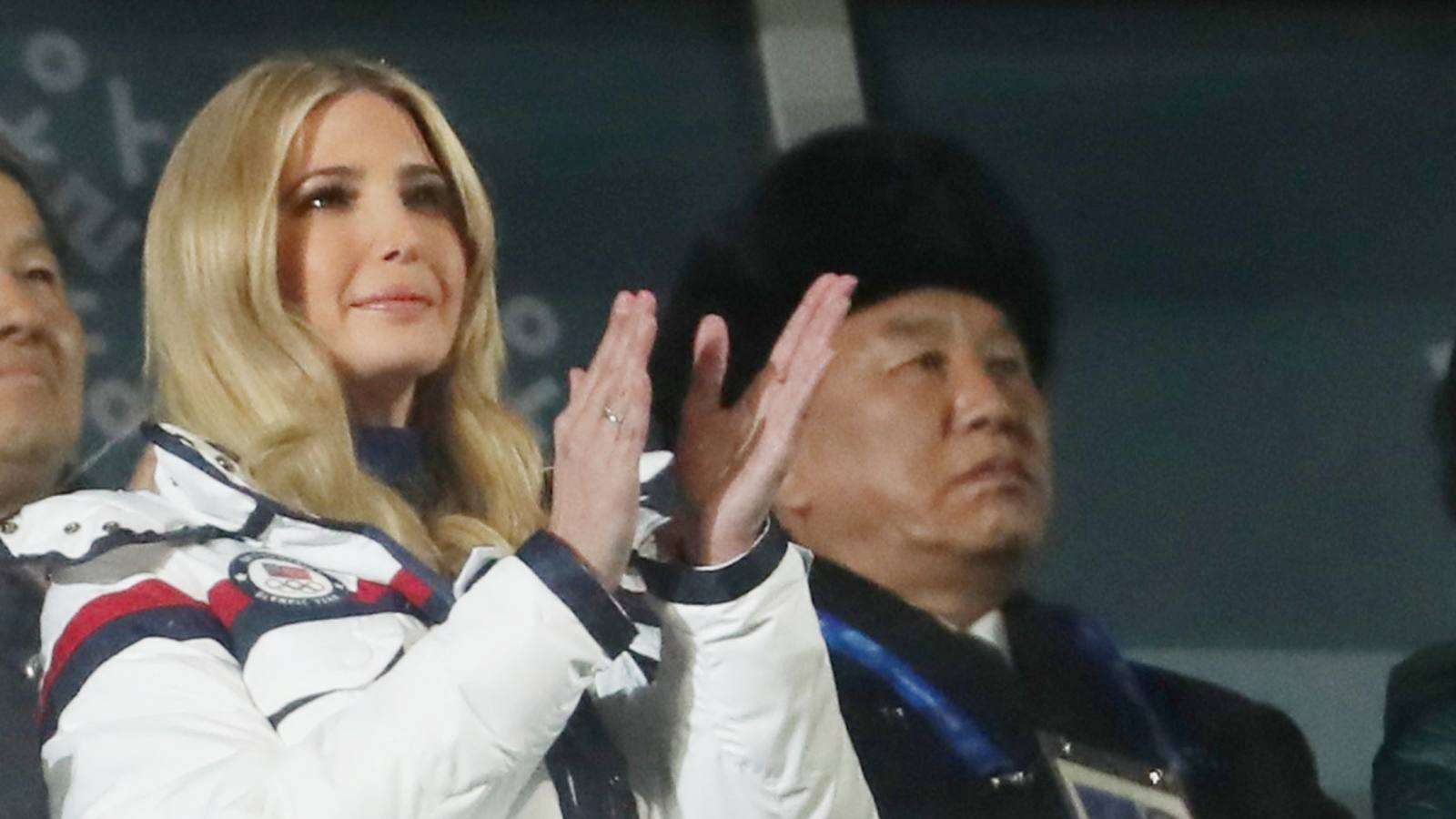 US and North Korea face thorny path after Olympic lull

Mao Zedong and the roots of the North Korea nuclear crisis

Wang's name was missing from the list. Instead of retiring, Wang is widely expected to assume the post of China's vice president.

One Communist Party source said Wang will probably play a key role in various negotiations with the U.S., including any talks regarding North Korea.

"Wang will be involved in Sino-U.S. relations after acquiring an official title in March," a source said. "Even if he mainly deals with difficult economic and trade issues with the U.S., he will also not be able to steer clear of the Korean Peninsula issue."

There is talk that Wang has already had an informal meeting with Branstad.

Last summer, Wang secretly met with Steve Bannon, the former White House chief strategist. It would be safe to say that by then Xi was already thinking of handing the U.S. file to Wang.

Now that Bannon has fallen out of favor with Trump, China has no choice but to rely on Branstad as a conduit between Xi and Trump.

Wang Qishan is the only figure that Xi can truly trust. And the veteran is being tapped to handle the most important of issues. All eyes should be on the Xi, Wang team in China and the Trump, Branstad duo in the U.S.