President Xi Jinping had warned Communist Party cadres of black swans and gray rhinos a year ago, as China headed into a year ending with a "9." (Nikkei Montage/ Source photos by Reuters, Getty Images and Xinhua/Kyodo)
China up close

TOKYO -- As the official name COVID-19 suggests, the coronavirus disease raging across the world originated in 2019.

In China, where superstition commands significant influence, netizens had talked about their fear of 2019 becoming a cursed year because it ended in a "9."

History tells them that major events happen in such years, including the founding of the People's Republic of China in 1949, war breaking out between China and Vietnam in 1979, and most of all, the Tiananmen Square crackdown of 1989.

Adherents to this theory are more convinced than ever that the jinx remains in effect.

President Xi Jinping had warned his Chinese Communist Party cadres in late January 2019 to be prepared for unforeseen incidents (black swans) and highly probable but uncontrollable rampages (gray rhinos) in the year to come.

Initially, the U.S.-China trade war and Hong Kong demonstrations were thought to be the big events of this "9" year.

But the biggest disruption would not appear until December. COVID-19 was a black swan that arrived in Wuhan, multiplied and then flew to all parts of China. Eventually, it turned into a gray rhino stomping across national borders to other parts of the world. 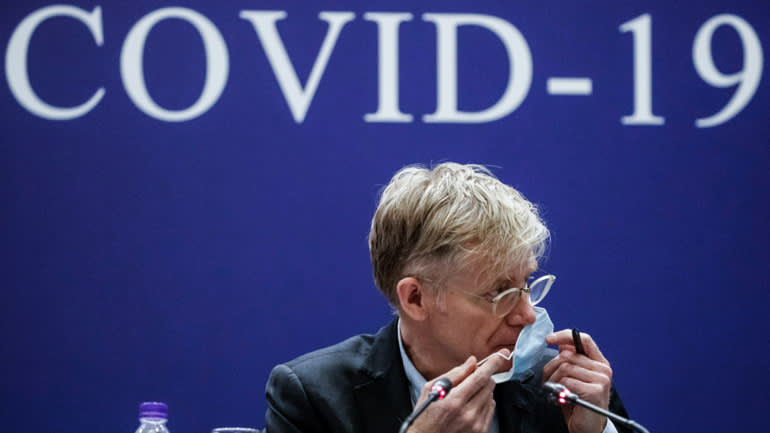 World Health Organization Assistant Director-General Bruce Aylward at a news conference in Beijing on Feb. 24, while on a fact-finding mission.   © Reuters

It was not until early in the new year that Xi became aware of the true magnitude of the risk posed by the coronavirus. It took until Jan. 20 for him to instruct the government to take effective measures to contain the spread. On Jan. 23, Wuhan, a city of 11 million, was locked down.

By then, it was too late. As many as 5 million Wuhan inhabitants had already left the city for the Lunar New Year holidays. The initial response to contain the black swan failed.

The public became aware of the mysterious illness early on. But while on-the-ground reports made their way to the central government, a blind eye was turned. The cursed year: Xi and China brace for a wild 2019

As of earlier this week, China had officially recorded more than 2,700 coronavirus deaths. The delayed initial response, a matter of weeks, was fatal.

The World Health Organization has avoided highlighting this major issue and instead chosen to praise Beijing's later measures, such as the Wuhan lockdown.

But it is precisely China's failures in its first steps that Japan, South Korea and other countries need to learn from.

The rampaging virus has begun to disrupt the political calendar. The annual session of the National People's Congress, China's parliament, has now been formally postponed.

"It is an event where 5,000 people gather in Beijing from across the country," one source said. "For it to take place, the number of new infections, at least in Beijing, had to drop to zero," to avoid the nightmare scenario of regional leaders catching the illness in Beijing and taking it back home. Last year's National People's Congress: The Great Hall of the People in Beijing will remain empty for the time being now that this year's session has been postponed. (Photo by Taro Yokozawa)

Another official talked about the delay impacting Xi's foreign travel down the road. "It's a real headache," the official said. Chinese and Japanese officials had agreed that Xi would visit Japan around the time "the cherry blossoms bloom."

Xi also had his eye on visiting South Korea in the first half of the year. "We now have to think about the serious situation in both Japan and South Korea, which have seen a sharp rise in infections recently."

On Monday, the day that the NPC was postponed, Wuhan was rattled by unprecedented confusion.

At around 11:30 a.m., Wuhan authorities issued a notice informing people that the lockdown would be partially lifted.

The notice was supposed to restore Wuhan's transport links and allow visitors who have been exposed to the risk of infection to finally travel home. People were excited and began preparing to leave.

But around 3 p.m., Wuhan authorities retracted the notice, saying it was invalid.

Locals could do little but vent their frustration on social media; they compared it to an ancient saying that mocks officials for issuing an order in the morning only to change it by the evening.

This decree had an even shorter shelf life.

Social media denizens also wondered what might be happening within the party. Their suspicions, though, were immediately deleted by internet monitoring authorities. 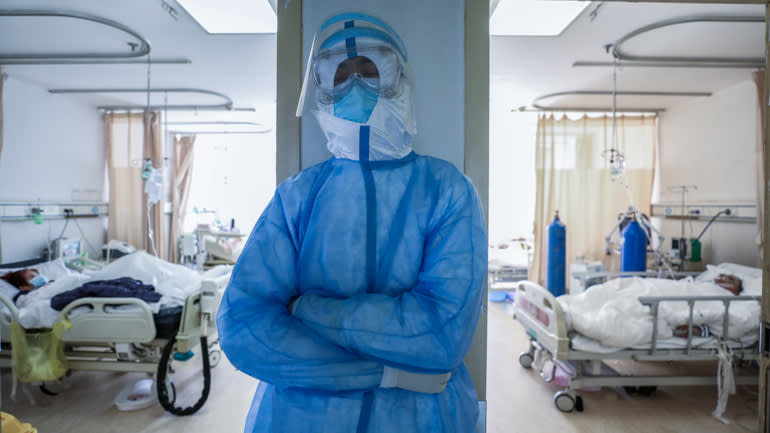 A medical worker takes a breather at an isolation ward of Wuhan Red Cross Hospital. The virus still poses a big risk to the capital of Hubei Province.   © Reuters

Wuhan authorities gave a bizarre reason for the flip-flop. They said the notice had been issued by a "transport control working group" of a city agency set up to combat the outbreak and that the group did not have permission from unnamed superiors.

Is it possible for such a marginal organization in Wuhan to unlock a lockdown imposed at Xi's behest?

Even in an emergency like today's, this scenario is highly unlikely, considering the party's ironclad rules.

The lifting of the lockdown was retracted because the viral risk remains.

If people start entering and leaving Wuhan, some will certainly make their way to Beijing, Shanghai, Guangzhou and Shenzhen. It is especially important to prevent more infections in Beijing, where the NPC is held every year.

The coronavirus has also caused problems for Chinese diplomacy.

As things stand now, countries that have had the most confirmed cases and even some deaths are those that have recently had good relations with China, including Japan, South Korea, Italy and Iran. These countries receive waves of Chinese tourists. 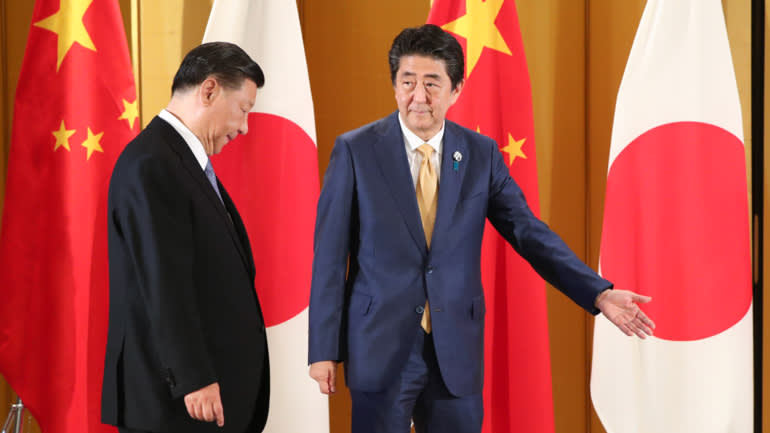 Xi and Japanese Prime Minister Shinzo Abe may have to put off their cherry blossom summit in Japan.

This has helped to turn China's headache into a five-alarm migraine.

Tokyo's warm winter is also in on the conspiracy against China. The capital's cherry blossom tress are forecast to hoist their full canopy around March 20, about 10 days earlier than usual. Beijing and Tokyo had been shooting for early April in planning for Xi's Japan visit, but by then the cherry blossom petals will be littering the streets.

As was the case with the National People's Congress, the absence of new infections in Japan, or at least in metro Tokyo, for a certain period will be a prerequisite for Japan to welcome Xi. Time is running out.