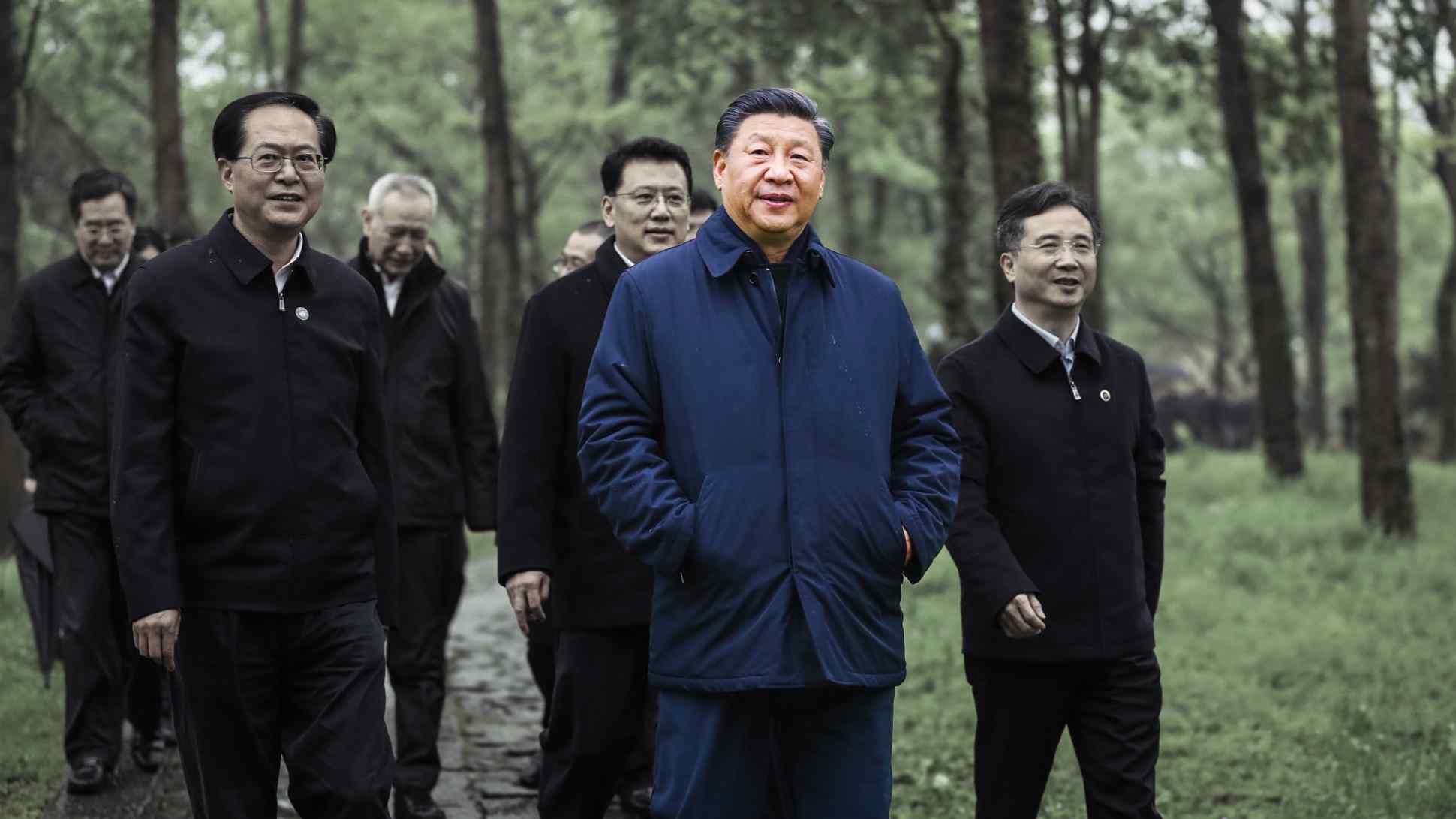 Chinese President Xi Jinping wanted to show the warm side of his personality and project a reassuring attitude as he visited Xixi National Wetland Park in Hangzhou, Zhejiang Province, on March 31. (Colors enhanced to highlight Xi by Nikkei)   © AP/ Xinhua
China up close

TOKYO -- If China had acted more quickly to contain the novel coronavirus and had prevented millions of its citizens from traveling abroad in January, President Xi Jinping would have been busy preparing for his first state visit to Japan around this time.

He had promised to visit when the country's much-loved cherry blossoms were out. Instead, COVID-19 is raging the world over and not only has Xi's visit been postponed but so have the 2020 Tokyo Olympics. This was not the way history was supposed to have been written.

With the Japan trip off, Xi set out on a nostalgic inspection tour of Zhejiang, the province where he served from 2002 to 2007, including as the top party secretary.

It is where he established himself as a future leader and remains his foothold and stronghold. The timing of his return, as with all things political in China, had a meaning.

"There is a coded message hidden in this Zhejiang trip," a Chinese source familiar with domestic politics said, "a message sent out to his close aides deployed across the country."

During the trip, Xi visited Yucun Village for the first time in 15 years. "How time flies!" he tells his old acquaintances with a big smile, as seen on state-run media. 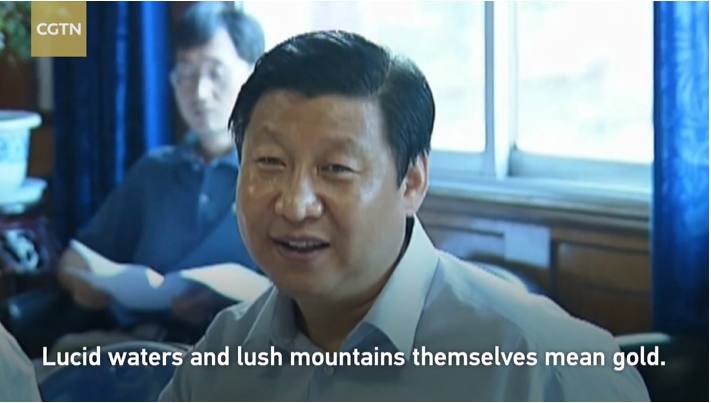 Interestingly, state media this time also ran video footage of Xi's visit in 2005, when he was 52. "Lucid waters and lush mountains can be as precious as mountains of gold and silver," a younger Xi says as he talks passionately about ecological preservation before senior village officials.

"It shows his personality," one Chinese Communist Party source said, commenting on the old footage. "His rustic and soft personality is there for all to see."

Xi's laid-back, unassuming character was one element that led to his promotion to the top.

His supposed character changed drastically after he ascended to power. He purged his political foes one after another using his signature anti-corruption campaign.

He also pushed through a revision of the national constitution to scrap term limits on a Chinese president, paving the way for him to remain "president for life."

But here he was in Zhejiang, meeting local folk and projecting warmth from the bottom of his heart.

"President Xi has not changed a bit," his former subordinates must have thought. "He will continue to take care of us."

It is a feeling shared only by a group of aides known as the "Zhejiang faction." Those that served under him in Zhejiang are now scattered in key provinces.

In late March, ahead of the Zhejiang visit, a personnel change was quietly announced. Although it did not draw much attention, the meaning was clear to all who saw it. 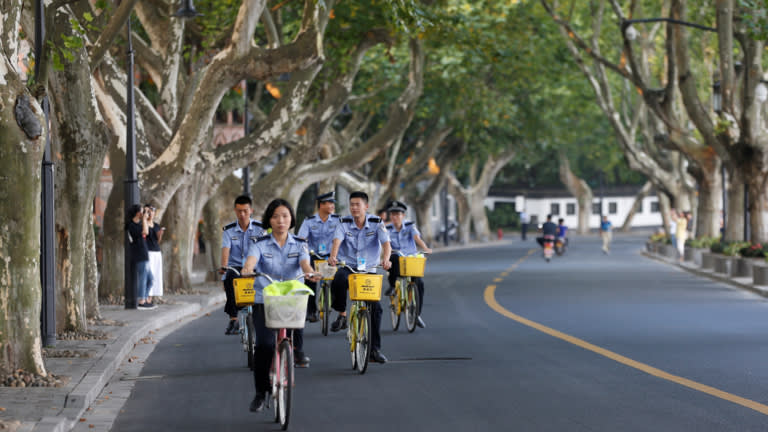 Security personnel ride bicycles on an empty road near the West Lake in Hangzhou, the capital city of Zhejiang Province. Xi worked in Zhejiang from 2002 to 2007.   © Reuters

Gong Zheng, a Zhejiang-faction member, was tapped as acting mayor of Shanghai, China's commercial hub. The appointment was made to fill the seat of Ying Yong, another Zhejiang faction member, who was moved to head the coronavirus-hit province of Hubei in February.

During Xi's first five-year term as China's top leader, Gong, now 60, served as Zhejiang's vice governor and then the party secretary of Hangzhou, the provincial capital.

All in all, Xi replaced the mayor of Shanghai with another subordinate. Furthermore, Li Qiang, Shanghai's party secretary and top official, is also a staunch member of the Zhejiang faction.

Why does Xi go to such lengths? Because China is at a critical stage, both in terms of its economy and its politics.

Xi cannot afford to promote people he cannot fully trust. Only with the Zhejiang clan, those that will never betray him, does Xi feel safe.

The Zhejiang faction also includes figures such as Chen Min'er, who currently serves as Chongqing's party secretary. Chen has been tipped as the front-runner to some day succeed Xi as China's top leader. In his Zhejiang days, Chen was Xi's close aide and speechwriter.

Heading into the party's next national congress, in 2022, a crucial political event that decides whether Xi can stay in power beyond the customary 10 years, the president and party boss will need to mobilize support from the Zhejiang faction, the group of proteges he himself groomed.

Being the son of a former vice premier, Xi originally hails from the "princelings" faction made up of children of prominent and influential senior party officials. He is also a "second-generation red," part of a smaller number of children of revolutionary-era party leaders.

But loyalty to Xi is not strong among the famous second-generation reds as he had been nothing more than a small fry. It is only the Zhejiang faction that pledges absolute loyalty to him.

The coronavirus pandemic has given Xi two battles -- one to protect the life and health of the public, and the other to safeguard the national economy. 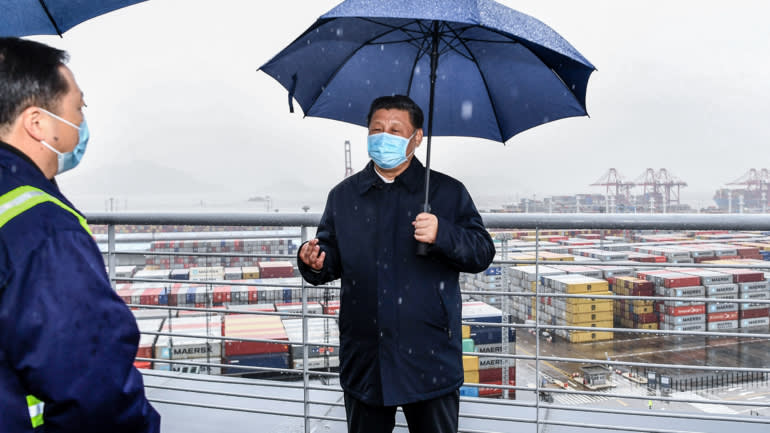 The Chuanshan port area of Ningbo-Zhoushan Port. Chinese President Xi Jinping was laid back as he visited Zhejiang Province on March 29.   © Xinhua/ AP

The virus's first peak is believed to have passed. China will now emphasize revitalizing its economy, which had ground to a halt due to lockdowns and restrictions on people's movements.

"Xi's visit to Zhejiang Province, where China's private economy is the most active, sends a clear signal that the country is ready to ramp up the resumption of production," state media reported in its coverage of the trip.

But as the virus explodes across Europe and the U.S., two major markets for Chinese goods, demand there is coming to a halt. This is set to become a particularly big drag as China's export-led economy makes an attempt at recovery.

Amid the challenges, it will be difficult for the country to achieve its long-standing target of doubling its gross domestic product in 2020 from 2010 levels.

In Zhejiang, Xi first visited the Ningbo-Zhoushan Port, one of the largest cargo ports in the world based on volume. He also visited the Daqi Industrial Park in Ningbo, where small- and medium-sized private manufacturing enterprises gather.

"Work and production resumption were the key messages during the two stops, both of which are representative of China's export-oriented economy," state-media reported.

If China were to rebuild its economy, it will have to be led by the Zhejiang faction. People who do not belong to Xi's political group are completely demoralized as they are not allowed to even join the promotion race.

How can they stay motivated when the distorted structure of personnel changes could be a drag on the "all China" efforts that should be made to overcome the current crisis?