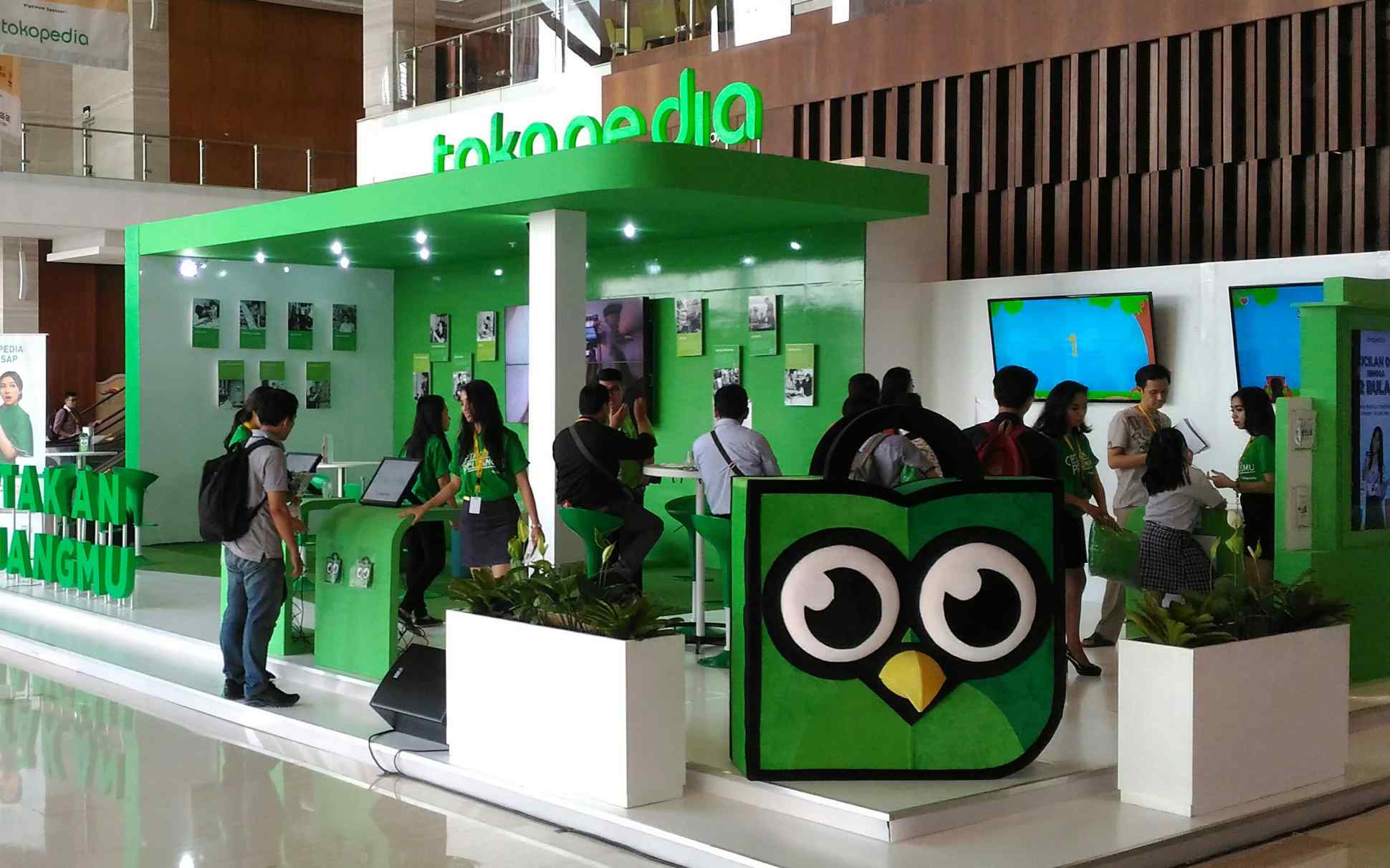 Indonesia's e-commerce sector is soaring as technology continues to disrupt consumer behavior. The country gained 11 million new online shoppers in 2017, taking the total to 35 million, according to an FT Confidential Research estimate.

Our survey of 1,000 urban consumers showed that homegrown online marketplace Tokopedia overtook Lazada Indonesia last year as the most popular online shop, as the company managed to strengthen its presence in Java, home to 70% of Indonesians. Lazada, headquartered in Singapore, still received the most visitors based on data from SimilarWeb.

Tokopedia had a great run last year, securing a $1.1 billion investment led by China's Alibaba Group, which now holds a minority stake in the startup. The investment followed Alibaba's earlier decision to increase its controlling stake in Lazada Group to 83%.

Two newcomers, Singapore-based Shopee and JD.id, the local affiliate of China's business-to-consumer giant JD.com, entered our top 10 for the first time. Shopee, which launched its online marketplace in December 2015 and its business-to-consumer operation in November 2017, ranked third in our list, overtaking Indonesia's pioneering local startup Bukalapak, which has been operating since 2010 (see chart). Shopee made a big push last year, offering free delivery or big discounts during promotions such as the Shopee Big Mobile Shopping Day. The company spent 205.9 billion rupiah ($14.4 million) on television advertising in 2017, according to TV ad monitoring company Adstensity.

JD.id spent 215.6 billion rupiah on TV ads with the message that its products are genuine, targeting consumers who are concerned about the fraud risk often associated with consumer-to-consumer platforms. Our survey shows that product quality is the No. 1 concern among online shoppers (see chart). Although TV advertising remains the most effective way to attract new users, more established players are becoming less reliant on it. Total spending on TV ads by e-commerce companies dropped nearly 14% last year, with Tokopedia spending 30.8% less and OLX, part of a global online marketplace, spending 55.3% less. There is no publicly available data on the amount e-commerce companies spend on online advertising.

Not only are millions more Indonesians shopping online, they are also doing so more often. The proportion who said they shop online at least once a month grew to more than 60% in 2017 from less than 30% in 2016 (see chart). 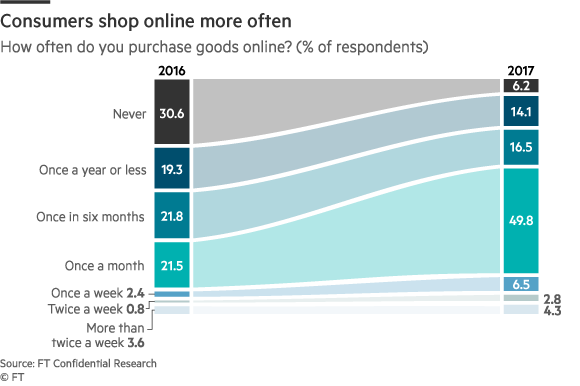 However, transaction values remain low. Urban Indonesians we surveyed have an average monthly expenditure of 7.7 million rupiah, but 60% of them spent no more than 1 million rupiah on online shopping throughout 2017 (see chart). Clothing was the most popular item bought online last year, followed by mobile phones and associated accessories, beauty products, home and kitchen appliances, then jewellery and watches, according to our survey (see chart). ATM transfer remains the most popular payment method for online shopping, followed by mobile banking and cash-on-delivery -- the same as in 2016. What is different in 2017 was the rising popularity of credit cards and online payments.

While rising credit card usage suggests customers are becoming more confident in the security of paying for goods online, the rise in online payments reflects consumers' penchant for discounts. Three major online shops have launched online payment systems, called BukaDompet, ShopeePay and TokoCash. Customers benefit from discounts and convenience when they use these platforms, but unlike credit cards, they do not allow transactions beyond their own network.

The Indonesian government is considering a 0.5% tax on all online transactions, lower than the 1% charge imposed on traditional retailers. The tax was expected this month, but sources familiar with the matter said there would be delays as some officials remain reluctant to hurt a sector that received $4.8 billion of foreign investment last year, according to the Investment Coordinating Board.

We do not think social media marketplaces will have a huge impact on online retailers. The share of respondents who chose social media for shopping over online stores fell to 7.7% last year from 12% in 2016. Proper online shops offer better security, product quality control and benefits such as 0% interest on loans, free product delivery and, perhaps most importantly, a commerce-friendly user interface.

We do not think the new tax will greatly harm sales or investment. The biggest potential risk to the sector is the rupiah. Imported products dominate key product categories online, particularly beauty, fashion, mobile phones and electronics. A rupiah meltdown like that of 2013 would make these products more expensive. However, we do not think this is likely to happen this year because Indonesia's external balance has improved. The current account deficit shrunk from 4.4% of GDP at the peak of the 2013 meltdown to 2.2% in the fourth quarter of 2017.