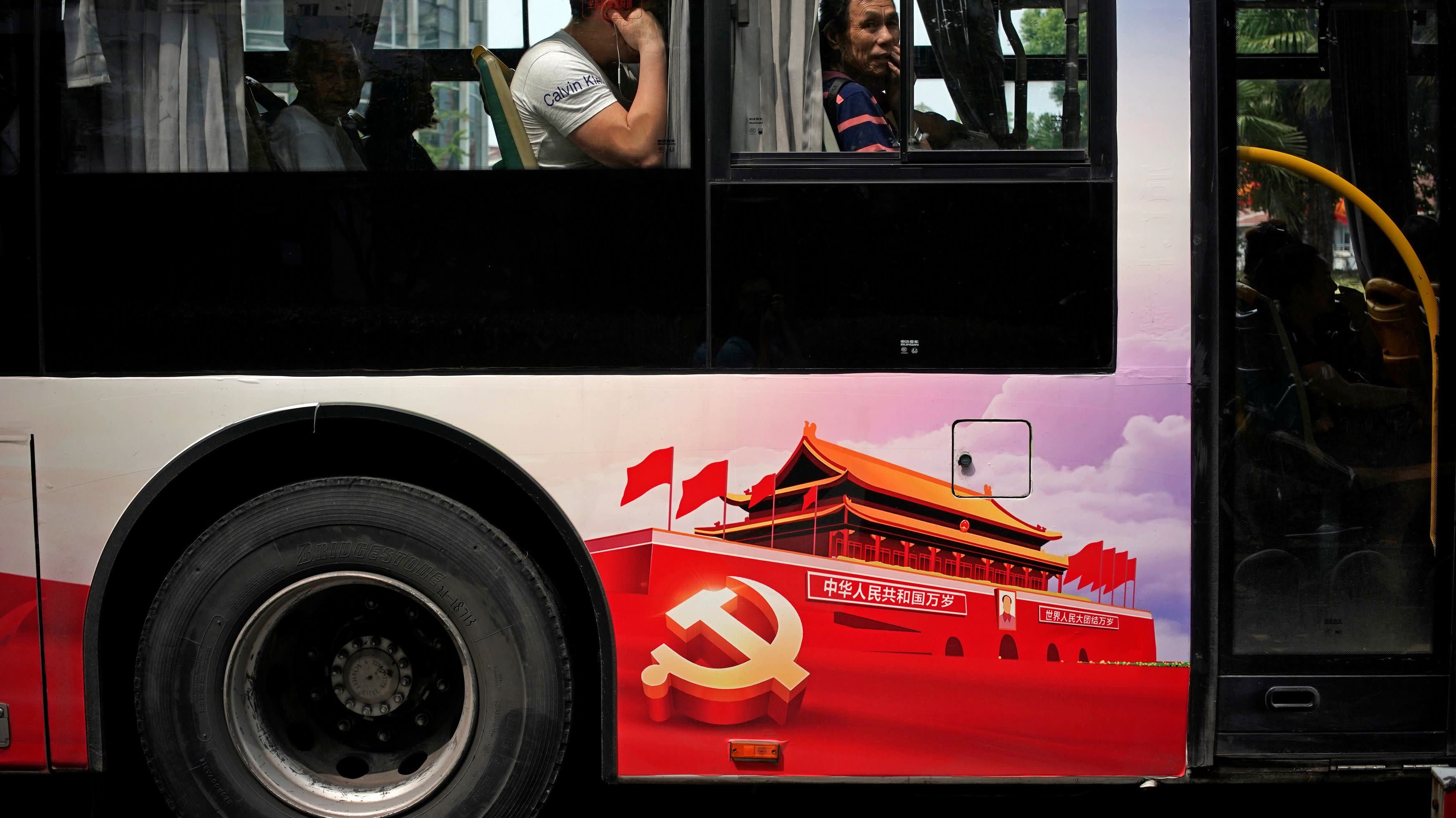 A bus promotes the 19th National Congress of the Communist Party of China in Shanghai.   © Reuters
FT Confidential Research

For all the excitement generated by China's upcoming 19th Party Congress, we do not think the week-long meeting will have immediate implications for economic policy. Those who expect the post-congress environment to mark a significant shift in the nature or intensity of economic reform may be disappointed.

President Xi Jinping will cement his already considerable authority at the congress, which begins in Beijing on October 18. But the general secretary's work report at the opening of the meeting, which will look ahead as well as reviewing the recent past, will focus on policies that the government has tried -- with varying degrees of success -- to advance over the past five years.

They include supply-side structural reform, tackling excess capacity in industry, and reform of state-owned enterprises, including a reduction in the number of centrally owned state companies and diversifying their shareholder bases. The government will also continue to push financial deleveraging -- details of the recently approved Financial Stability and Development Commission, and the scope of its powers, are expected following the meeting.

These are policies aimed at meeting longstanding reform goals, many of which predate the Xi government. The goal of achieving a "moderately prosperous society" by 2020 was promulgated by the previous administration, while the 13th Five Year Plan, which runs through 2020, has a target of doubling gross domestic product per capita from its level of 2010. These policies require the government to maintain a certain level of economic growth, and leave the bureaucracy beholden to meeting an annual growth target.

In other areas, China's government has successfully diagnosed the economy's problems, not least its skewed incentives. Debt has grown too quickly, state companies are inefficient (see chart), investment continues to drive growth and the household sector remains relatively underpowered. The structure of local government financing means such governments do not have enough revenues to meet expenditure. Another housing market boom is being brought under control through heavy-handed administrative measures -- those buying real estate, like many investors in assets in the Chinese financial system, do not believe the government will allow property prices to fall. For all of Mr Xi's apparent power, progress on tackling such issues has been patchy at best. As we have argued, deleveraging has so far managed to curb some of the excesses of borrowing in the financial system by channelling credit back through its better-regulated areas, but the big-picture debt questions remain unanswered. Official data also suggest China's private sector has been left further behind over the past five years (see chart). Where private companies have succeeded, this is despite -- not because of -- the operating environment created by the government. 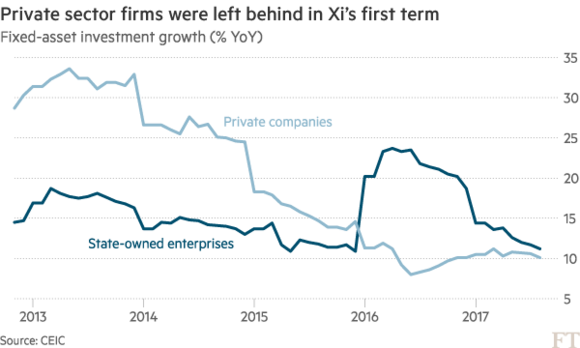 After the lacklustre second administration of President Hu Jintao and Premier Wen Jiabao, the third plenum of the 18th Congress in 2013 raised hopes for real progress. That congress ended with the announcement of the "decision on major issues concerning deepening economic reform". This laundry list of reform proposals was considered a very public declaration by Mr Xi of his intentions to revivify China's liberalisation process.

Excited commentary at the time said the party's decision to give the markets a "decisive" role in allocating resources in the economy marked the beginning of the end of government meddling in prices; the end, if not of the dominance of state-owned enterprises, then of their considerable protections within the economy; and the start of a greater push for private-sector involvement. Given the scope of these reform pledges, disappointment was highly likely.

But the bar of expectations has been lowered even further in the intervening four years. The impetus for reform suffered after a stock market bust and a botched currency devaluation in 2015 which resulted in the partial closing of the capital account. At the start of last year, government leaders appeared to be resorting to the very stimulus policies favoured by their predecessors. An interview published this week with People's Bank of China governor Zhou Xiaochuan suggests a high degree of frustration among the bureaucracy's reformists at the slow progress made in recent years.

An optimistic forecast sees Mr Xi using the congress to stack the leadership with determined technocrats capable of pushing ahead on liberalisation. That would make next year's third plenary session -- when the leadership tends to announce policy priorities -- an important date for the reform process. But the spotty progress made over the past five years raises the risk of expectations being disappointed again

This article was first published on October 11 by FT Confidential Research.