China’s consumers hit by ructions in economy and markets 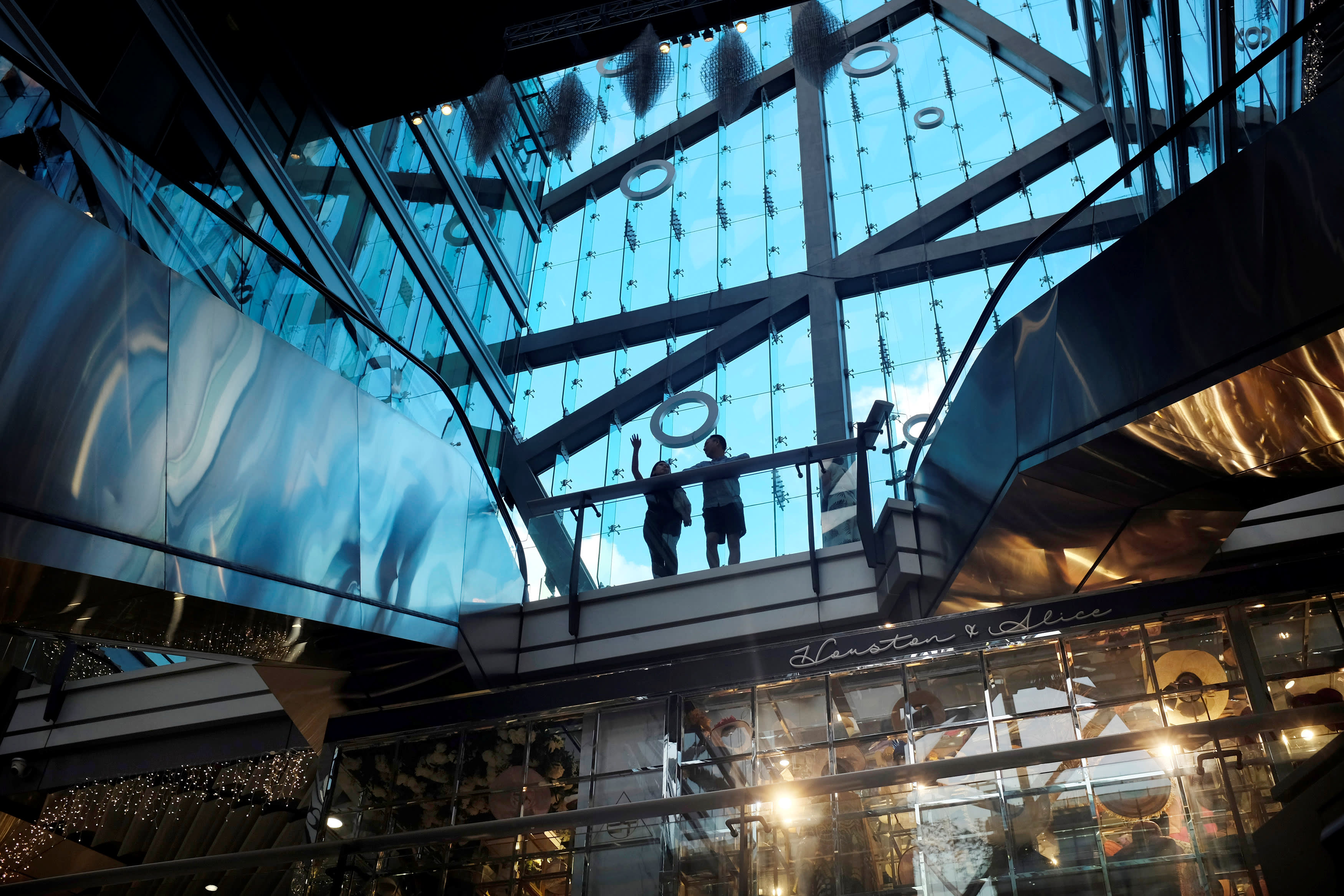 China’s slumping stock market and news of a slowing economy and looming trade war have been taken badly by consumers, with FTCR's measure of household sentiment falling in June by the most in 20 months.

The FTCR China Consumer Index dropped 2.6 points to 74.2, the same level recorded in February, when global market volatility highlighted the vulnerability of Chinese households to sharp changes in asset prices. As with that month’s survey, consumers in June reported a slight increase in discretionary spending but key measures of the economy and household incomes were notably weaker.

In the month since our last survey, the government has published data confirming that the economy is finally slowing on the back of its attempts to tighten credit and curb risky borrowing. Tighter credit has strained China’s financial system, which in turn has contributed to the past month’s 10 per cent drop in the benchmark Shanghai Composite stock market index. Sentiment has not been helped by renewed threats that the row over US-China trade could turn more serious. Our headline index reading is still well above the series average of 69.7, and last June’s 72.5 reading. Sentiment towards the all-important housing market remained reasonably strong in June — consumers still consider now to be a good time to buy a home for living in and for investment purposes — and our survey results also suggested a healthy appetite for travel at home and overseas.

However, while our consumer sentiment reading recovered sharply after February’s slump, it may prove more difficult to bounce back from here. Our June freight survey suggests that the economic slowdown first spied in March is deepening and, although the government may be preparing to take steps to ease the financial system’s headaches, the likelihood of broad policy easing looks small for now. The housing market is holding up but tighter credit conditions are slowly taking their toll and this will be reflected in property prices.

Against this backdrop, the threat of a trade war and its knock-on implications for the domestic economy provide another layer of uncertainty for households. 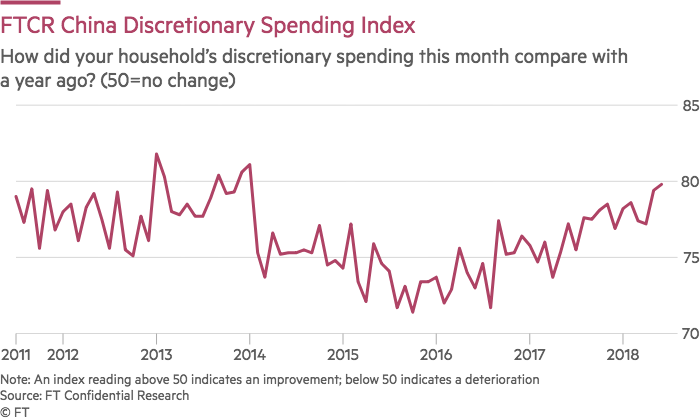 Our Economic Sentiment Index dropped 6.2 points to 72.3 while our Economic Outlook Index fell 3.9 points to a nine-month low of 81.1. 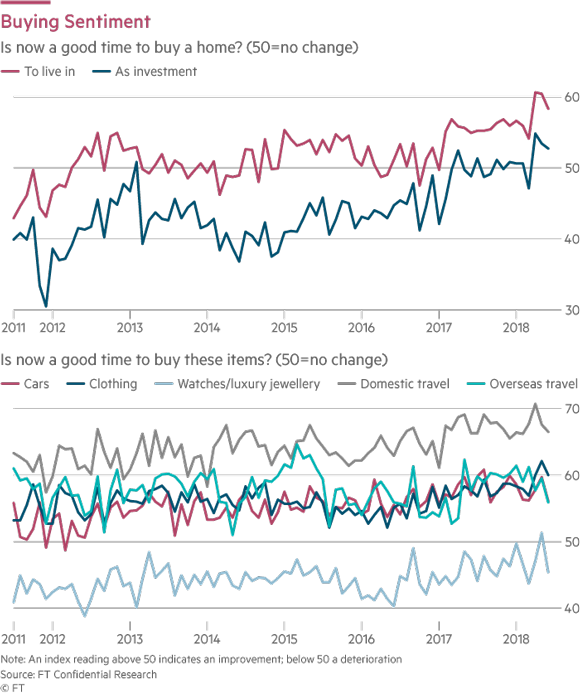 Both of our real estate sentiment indices fell for a second straight month but remained at levels above 50, suggesting consumers were net positive about buying for investment and living purposes. Sentiment towards purchases of durable goods also softened. Our A-share Buying Sentiment Index, measuring whether consumers regard this as a good time to invest in A-shares, fell 7.8 points, the most since January 2016.

Actual stock-buying intentions also fell, with a record low 30.9 per cent of retail investors saying they planned to buy stocks in the next three months.

Buying sentiment towards funds, wealth management and P2P products all worsened, but by a smaller margin.

The FTCR China Consumer survey is based on interviews with 1,000 consumers nationwide.

FT Confidential Research is an independent research service from the Financial Times, providing in-depth analysis of and statistical insight into China and south-east Asia. Our team of researchers in these key markets combine findings from our proprietary surveys with on-the-ground research to provide predictive analysis for investors