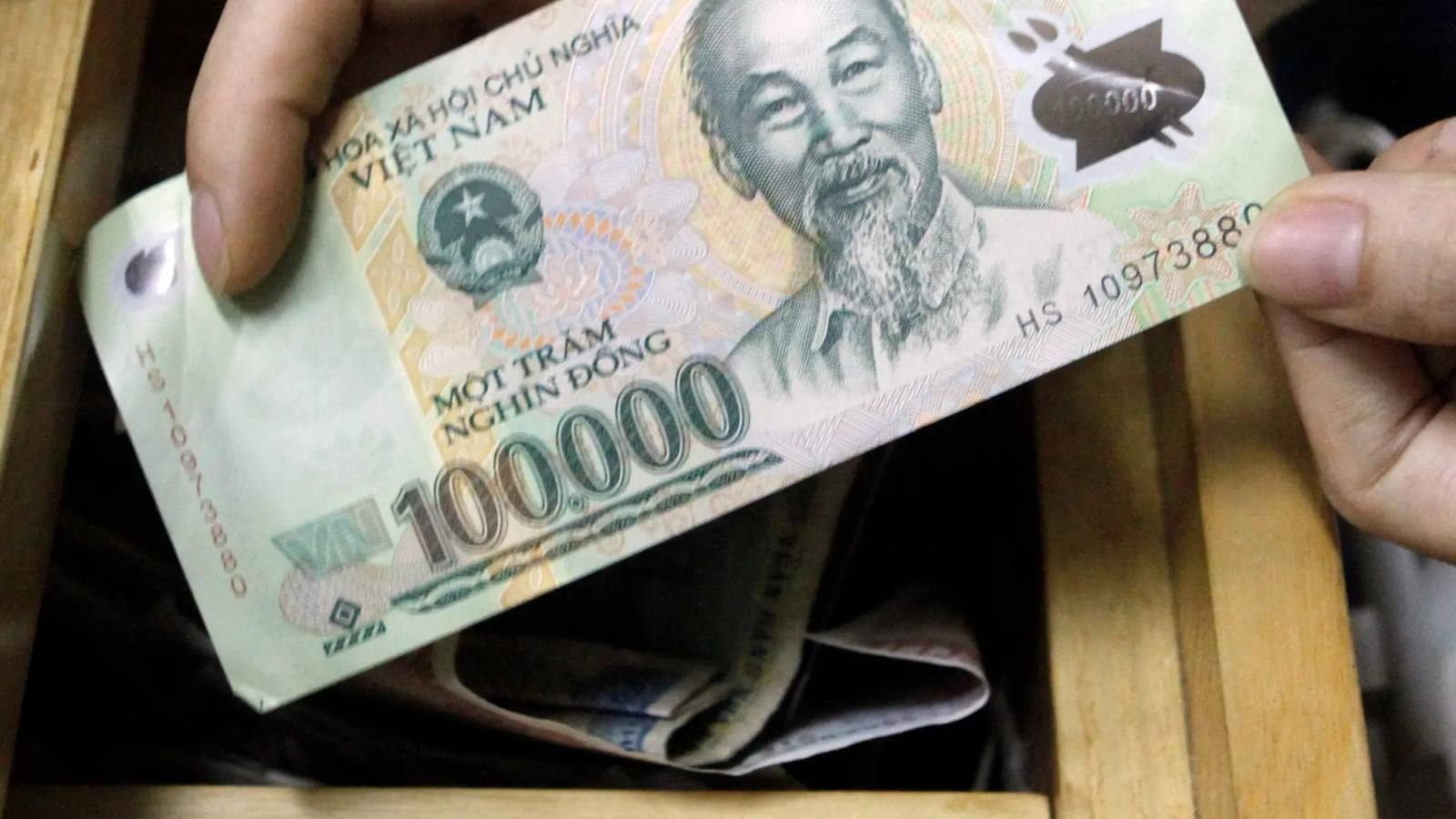 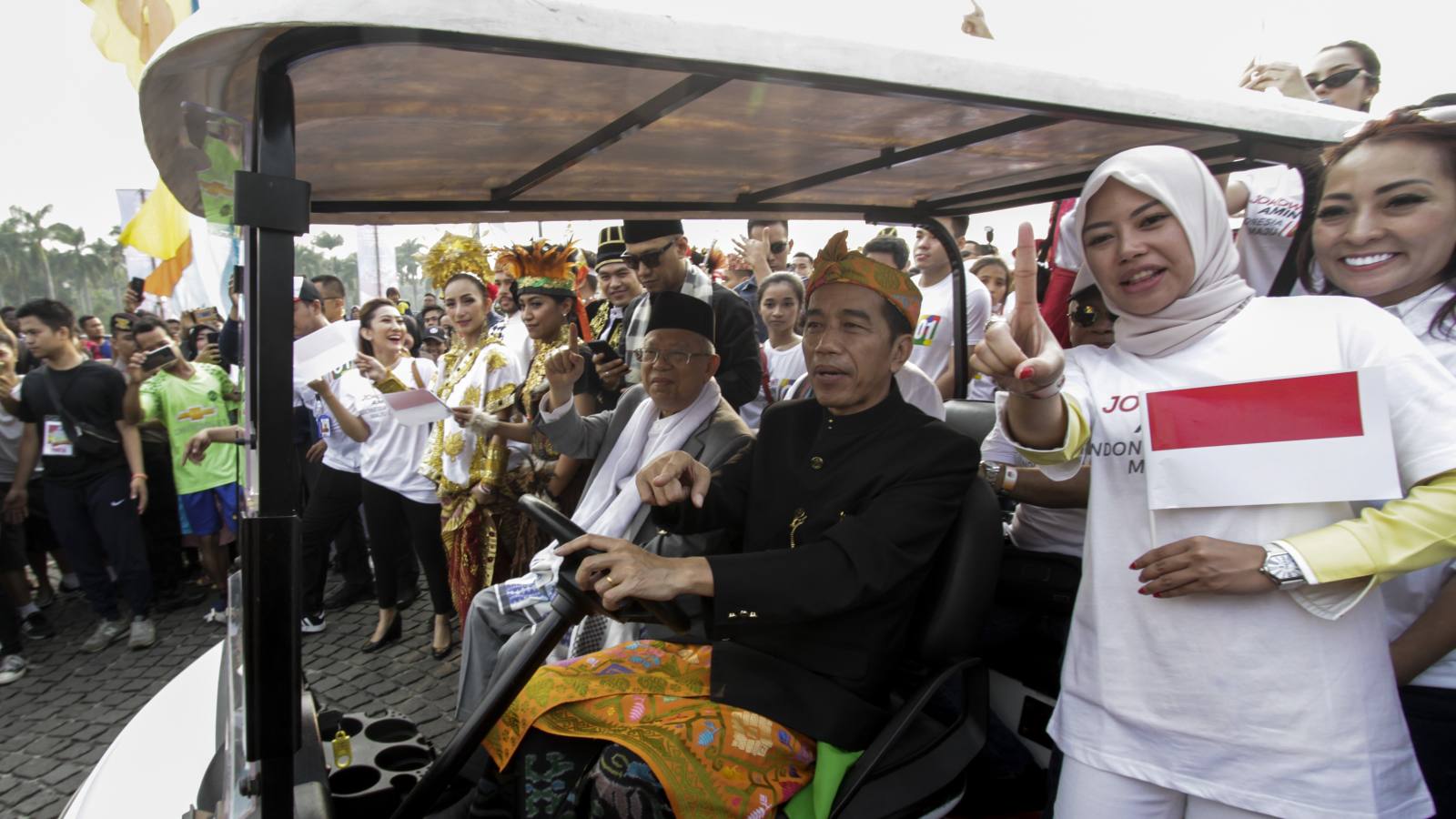 How a Chinese provincial city keeps on spending

Months after the mines and factories closed, consumer spending is still booming in Yichang. Rising house prices, low urbanization rates and an army of willing lenders are keeping the tills ringing, but there are worries about the future.

To a large extent, the Chinese Communist Party's success will be gauged by its ability to bring sustainable development to cities such as Yichang, in the central Chinese province of Hubei on the Yangtze river. With 1.3 million urban residents, it is the 128th largest city in China, though the population climbs to more than 4 million when those in rural areas are included.

Yichang's claim to fame may be its association with the nearby Three Gorges Dam, the giant hydro power project which to its many critics was a symbol of Chinese government obduracy at the end of the 20th century. However, the chemicals industry is Yichang's biggest employer and it has fallen victim to an environmental clean-up ordered from Beijing. The challenge for the government of this third-tier city is to deliver economic opportunities for its residents even as its old growth model is sundered by a profound shift in government policy.

An FT Confidential Research survey of 300 Yichang consumers shows that although the city may be geographically and economically distant from the affluent centers of China's east coast, its residents are following those in Beijing and Shanghai in spending more to improve their lifestyles, and some are borrowing to do so, despite the city's uncertain economic prospects.

Wages more than doubled in the city between 2010 and 2016 compared with national growth of 84.9%, and consumption has risen with incomes. Among respondents to our survey, 71% said they own at least one vehicle and 11.3% said they own two (in Beijing, where licence plates are restricted to cut congestion, 63.7% of households own a car). While the average purchase price of their most recent car was 150,000 yuan ($23,850), Yichang drivers told FTCR they intend to spend an average of 192,000 yuan on their next vehicle.

Yichang dentist Li Mingkang's first car, a Volkswagen Jetta, cost 80,000 yuan. He bought it in 2009, just six months after buying his first apartment. He was recently made head of the dentistry department of a local hospital, making more than 300,000 yuan a year, and last year bought a 250,000 yuan Volkswagen Tiguan SUV.

"I'm at the stage of my life where I can buy things just because I enjoy them," he said.

Nearly two-thirds of survey respondents in Yichang said they had purchased a luxury consumer item in the past year, ranging from robot vacuum cleaners to dishwashers to luxury smartphones. They are also finding more to do in their recreation time. Yichang now has a vibrant club for serious cyclists. Salesman Xiong Tao said he is selling 50% more expensive bicycles, costing over 20,000 yuan, than he did last year.

"More people see that bikes can be for recreation and they are willing to spend more on a better experience," he said. Yichang residents are also traveling overseas in greater numbers. Where only 59 respondents said they had taken a trip abroad over the past year, 130 said they plan to do so in the coming 12 months. They like to spend on holiday; two-thirds of last year's travelers said they spent over 10,000 yuan on their most recent trip, excluding flights.

"Most Yichang residents haven't been abroad yet -- they are just crossing the income threshold for overseas travel," said Zhao Qi, a manager at Kanghui Travel Agency. He said bookings have doubled this year over 2017.

Home ownership has been the big driver of household wealth and consumption. Unlike in big cities such as Shanghai, Yichang is still affordable relative to average city incomes, though prices are rising rapidly. Our survey found 87.7% of respondents owned at least one home while 34% said they owned two or more. Among those reporting annual household incomes of 200,000 yuan or more, 60.8% said they own two or more properties. 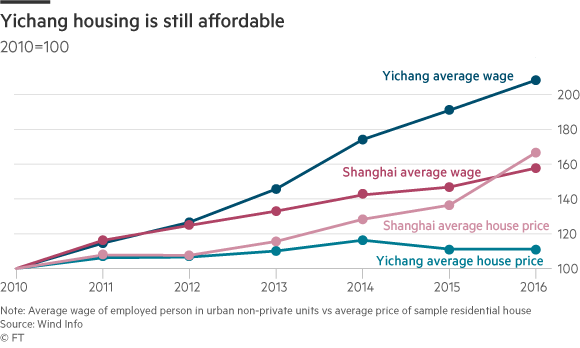 Our survey also found 20% of all respondents own rental properties. Civil servant Xu Ting supplements her 4,800 yuan a month take-home pay with rent from a retail property.

"Most native Yichang people like me don't just count on wages to make a living," she said.

Among homeowners, 52.3% said they owed nothing on their properties while 37% said they spent less than a third of their monthly net income servicing a mortgage. But Yichang residents are not averse to borrowing. We counted 29 institutions in the city -- both traditional banks and underground lenders -- offering loans at annualized rates of up to 31.4%. Our survey found nearly 25% have taken out a consumer loan over the past 12 months, rising to over 30% of 26-35 year-olds.

Yichang's urban population grew by 48% between 2010 and 2016, boosted by the return of migrant workers from manufacturing hubs on the east coast. In 2016, 63,000 Yichang-born migrant workers returned to the city, according to the local labor bureau. 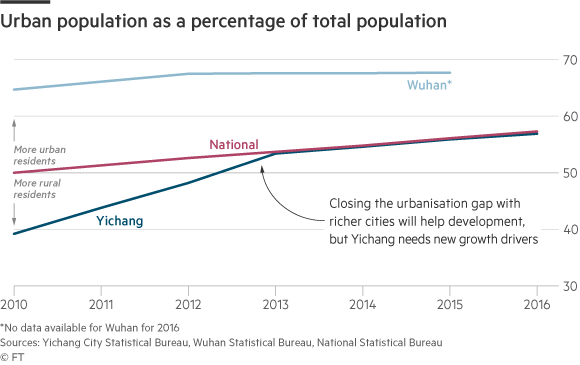 Chen Linqin returned from a factory job in Shenzhen two years ago to take care of her parents. The 28-year old is now making 6,000 yuan a month -- double her Shenzhen salary -- selling Vivo smartphones, one of a crop of new, affordable domestic brands. "I had no idea what I was going to do when I came home but it turned out to be a great decision," she said.

However, Yichang's spending boom is under a cloud. A third of the city's chemical workers have been laid off over the past two years as polluting industries are closed or relocated. Tax revenues and industrial output have plunged.

Yichang residents are not optimistic about local prospects; 69.3% said jobs are available, but they are low-paying, while 24.3% said the number of openings was inadequate. Just 54% of respondents said they expect their incomes to rise in the coming year, compared with over 66% nationwide. At least house prices are still rising rapidly. The government is unlikely to follow other cities in imposing purchase restrictions given the hit to Yichang's manufacturing sector. 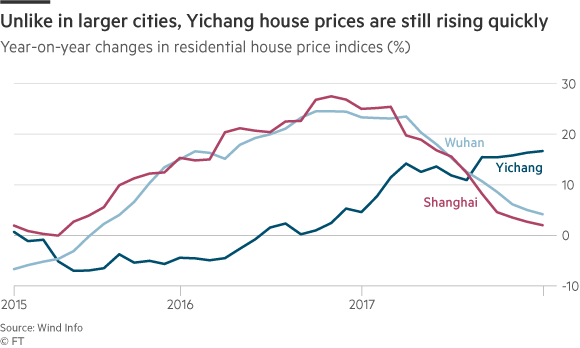 Local officials understand the need to develop new source of economic growth. Like many Chinese cities, Yichang has ringed off a high-tech zone, but investors are unwilling to move from China's coastal areas because of a lack of infrastructure. The government talks of replacing polluting factories with green development, tourism and even industries like artificial intelligence, but this will not happen overnight. Yichang's economy, and its household sector, may be in for a rocky period.

"We are going through a painful transition that could last quite a few years," a local government official said.