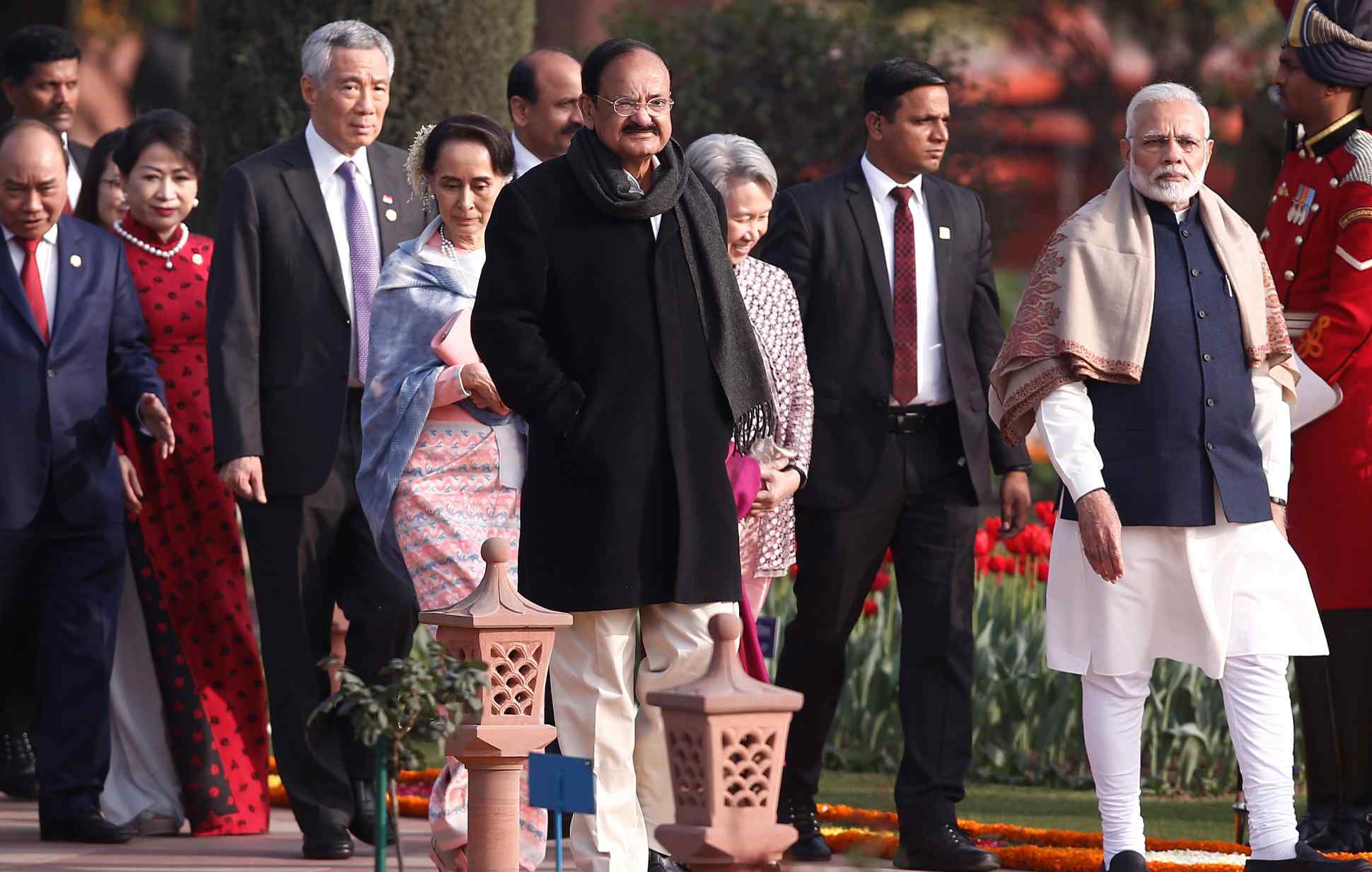 India is determined to act as a counterweight to China's strong presence in Southeast Asia. This policy should find support from countries such as Indonesia, the Philippines and Vietnam amid discontent over economic imbalances and China's territorial disputes with members of the Association of Southeast Asian Nations.

Prime Minister Narendra Modi reaffirmed his country's pivot to Southeast Asia at a celebration of 25 years of Asean-India ties in New Delhi in January. However, this is a task made tough by China's economic weight and the depth of its presence throughout Southeast Asia.

This trade has resulted in growing trade deficits for Asean countries, soaring to $81 billion in 2016, nearly eight times higher than a decade before. In contrast, Asean's trade surplus with India rose to $16.8 billion in 2016, up from $9.5 billion in 2006. Unbalanced trade with China has led to retaliation, mostly in the form of non-tariff barriers such as national standard certifications and mandatory local content requirements. In Indonesia, external imbalances have led to severe currency depreciation in the past four years while business associations, politicians and academics have been calling for a review of the Asean China Free Trade Agreement since 2012.

Although these deficits mainly reflect the competitiveness of Chinese products, rather than low import tariffs, China has become a scapegoat for some industry groups, and they may become a flashpoint in domestic politics.

Trade balances are part of a broader unease among Asean decision makers about the region's economic dependence on China, which routinely appears among the top five trading partners of all Asean members. Although the six more advanced Asean economies have more diversified trading relationships, Cambodia, Laos, Myanmar and Vietnam are heavily reliant on China, making them more prone to shocks.

The consequences of South Korea's 2016 agreement to deploy a U.S. anti-missile system provided a reminder of Beijing's ability to bring its economic heft to bear. Actions such as boycotts and accusations of safety infractions against high-profile Korean companies in China ended with Lotte Group deciding to sell its supermarket operations in the country. China's retaliation against South Korea was reminiscent of the restrictions Beijing placed on agriculture exports from and Chinese tourist visits to the Philippines during a territorial dispute over the South China Sea in 2012.

In 2016, India approved just $157.7 million of combined investments in Indonesia, Malaysia, Philippines, Thailand and Vietnam. Over the same period, China approved $5.7 billion worth. Malaysia and Indonesia were the biggest recipients, with $1.8 billion and $1.4 billion respectively. Chinese funds, however, often come with strings attached, such as requirements that Chinese labor, materials and finance be used. Politicians in the region have used this to stir up public fears about Chinese encroachment, particularly when temperatures are running hot over territorial disputes.

Asean residents are torn in their perceptions of China's rise, wanting to resist influence while recognizing their economic dependence. A 2016 FT Confidential Research survey of 5,000 consumers across the Asean-5 countries showed that most think their governments should not accept China's demands in the South China Sea dispute. However, with the exception of Vietnamese respondents, most also said the response to the dispute should not be to reduce reliance on Chinese trade 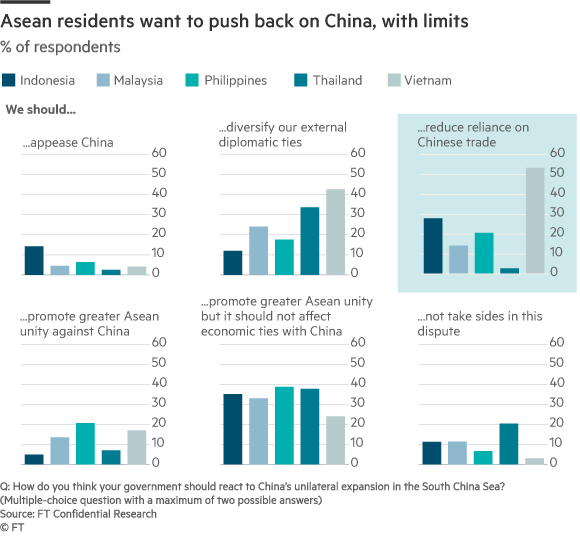 Unease about dependency on China creates an opportunity for a renewed push by India into the region. However, the failure of previous efforts justifies caution.

India's "Look East" policy of the early 1990s, which aimed to bolster relations with the booming economies in Southeast Asia through improved land and sea connections, was scuppered by the Asian financial crisis. In a second iteration of "Look East," launched in 2002, India attempted to broaden its scope by including China, Japan, South Korea, Australia and New Zealand. However, its attention strayed with the emergence of and its involvement in the Brics, a loose association of the biggest emerging economies, and wandered further after the global financial crisis.

Mr. Modi's "Act East" policy is the latest plan, with the main goal to improve infrastructure connections, particularly with Asean countries in the Greater Mekong sub-region -- Laos, Cambodia, Myanmar, Vietnam and Thailand. This pivot has been largely welcomed by Asean, but India now has to demonstrate its commitment. One way would be to finish long-delayed flagship projects such as the India-Myanmar-Thailand Trilateral Highway, which was initiated in 2002 but has already missed its completion date. The Modi government has set a new deadline of 2020.

India has also differentiated its regional push this time by presenting itself as a security counterweight to China. In an op-ed published in 27 newspapers across Asean in January, Mr. Modi wrote that Asean-India relations are "free from contests and claims" and that both parties believe in "sovereign equality of all nations irrespective of size".

India will be helped in its goals by the simultaneous efforts of the U.S., Japan and Australia to contain China's geopolitical influence in the region, partly by building infrastructure projects to rival China's Belt and Road Initiative. However, India's renewed push into Southeast Asia will only succeed if Mr. Modi's words are translated into action.