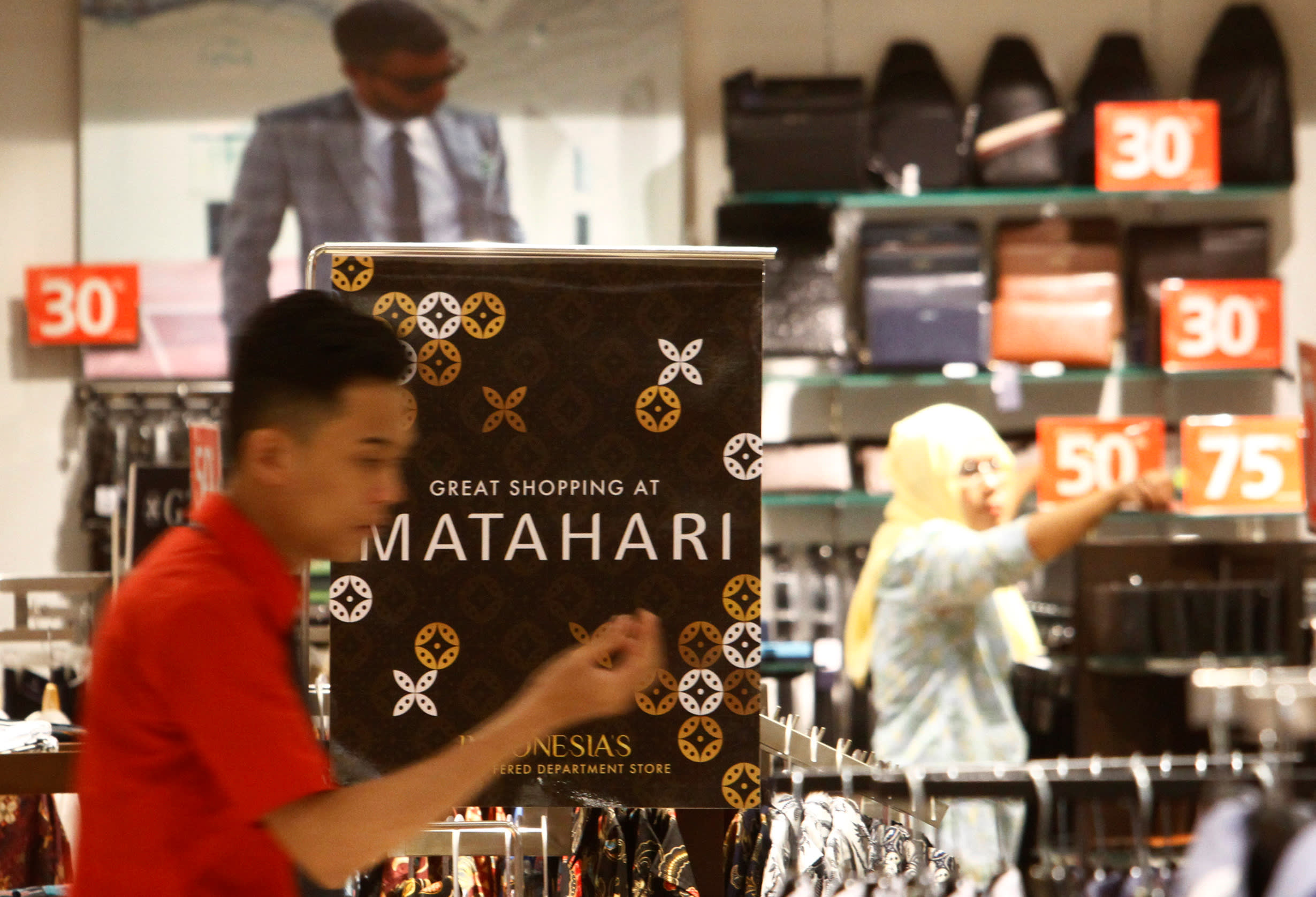 The interior of a Matahari Department Store at a shopping mall in Jakarta.   © Reuters
FT Confidential Research

Indonesia expecting to see a big-ticket recovery in 2018

Indonesia's urban consumers will see better days in 2018 after nearly two years of weak income performance. We expect higher household incomes to lead to faster consumption growth, although this will depend on how the rupiah is affected by monetary tightening in developed economies.

FT Confidential Research's latest survey of 1,000 Indonesians in 25 cities revealed that consumers' perception of their incomes improved dramatically in the third quarter, suggesting the gradual export recovery throughout 2017 has trickled down to households. So far this has failed to boost consumers' willingness to spend on non-essential items, however, as shown by our Discretionary Spending Index (see chart). This has been on a downward trajectory since the first quarter of 2016. Household consumption grew by only 5.06 percent year-on-year in the third quarter, lower than the government's and central bank's expectations of 5.2 percent growth.

The disappointing data were followed by a run of bad news from fashion retailers. In October, British department store brand Debenhams announced it would cease operations in Indonesia. Matahari and Ramayana, retailers that cater to lower and middle income consumers, have closed four and eight outlets respectively this year.

Retail executives suggest department stores have been hit by changing consumer behavior, with shoppers switching to specialty stores, as evidenced by the expansion over the past two years of brands such as H&M and Uniqlo.

Online marketplaces are another threat, particularly Bukalapak, Lazada and Tokopedia. The Indonesian e-Commerce Association expects the combined value of e-commerce transactions to grow 30-50 percent this year from $5.6 billion in 2016.

Government tax collection data confirm the resilience of the retail sector. Value added tax intake in the first 10 months of 2017 rose 14.1 percent year-on-year (see chart), a strong improvement on 2015 and 2016. Surveys by Bank Indonesia, the central bank, also show retail sales for the first 10 months of the year improved slightly compared with 2016 and were significantly better than 2015, as household incomes benefited from higher export revenue. As of October, the total value of exports grew by 17.6 percent year-on-year to $138.5 billion, rising significantly faster than in the previous five years (see chart). While our data suggests consumers are reluctant to spend on non-essential items, purchases of big-ticket items such as vehicles and residential property are likely to recover (see chart). Private vehicles are considered vital due to Indonesia's inadequate public transport, and there is a housing shortfall of 13.8 million homes. Our survey already showed signs of a property demand recovery in the second quarter. A central bank survey of property prices in 16 Indonesian cities showed average price growth has been consistently lower since the fourth quarter of 2013 as a result of new mortgage regulations that imposed higher downpayment minimums (see chart). The gradual slowdown ended in the second quarter when growth picked up to 3.2 percent, followed by 3.3 percent in the third quarter. This positive trajectory is expected to continue in the fourth quarter. We expect modest price growth to continue throughout 2018. Our Auto Purchase Index suggests demand for passenger cars will recover in the coming months. Since 2014, consumers have struggled with soaring prices following rapid rupiah depreciation. Producers have responded by introducing new models in the past year, focusing primarily on more affordable segments. We expect modest growth next year (see chart). Although our Motorcycle Purchase Index suggests striking demand recovery in the next six months, we think sales growth will be tempered by already high ownership (see chart). For every Indonesian household, there are 1.7 motorcycles, according to official data. The outlook for consumption recovery will ultimately hinge on the performance of the rupiah. Indonesia's currency reserves dropped by $2.9 billion in October from their highest monthly level of $129.4 billion in September as the central bank moved to defend the currency. The rupiah is likely to receive further pressure from upcoming monetary tightening in the eurozone and the U.S.

The European Central Bank has hinted it will start reducing its 60 billion euro ($71 billion) monthly stimulus program. The U.S. Federal Reserve raised its short-term interest rates on Dec. 13 and more increases are expected in 2018. For Indonesia, this global move to tighten carries echoes of 2013, when the Fed triggered the so-called taper tantrum that led to a more than 20 percent drop in the value of the rupiah.

As about 40 percent of government bonds are held by foreign investors, Indonesia's economy remains prone to shocks from capital flight. History also shows that rupiah fluctuations are directly linked to household consumption, as we highlighted in our previous report.

Despite this, we think Indonesia is now better placed to deal with external pressures thanks to a healthier balance of payments, higher foreign exchange reserves and low inflation.

As a result of its positive export performance, Indonesia's current account deficit dropped to 1.65 percent of GDP in the third quarter, from 1.95 percent in the previous quarter. The external balance is in far better shape than in 2013's second quarter, when the deficit was equivalent to 4.4 percent of GDP.

The central bank's reserves are also 27.3 percent higher than they were at the end of 2013, while inflation was running at 3.3 percent year on year as of November, well below the government's target of 4 percent.

FT Confidential Research is an independent research service from the Financial Times, providing in-depth analysis of and statistical insight into China and Southeast Asia. A team of researchers in these key markets combine findings from proprietary surveys with on-the-ground research to provide predictive analysis for investors