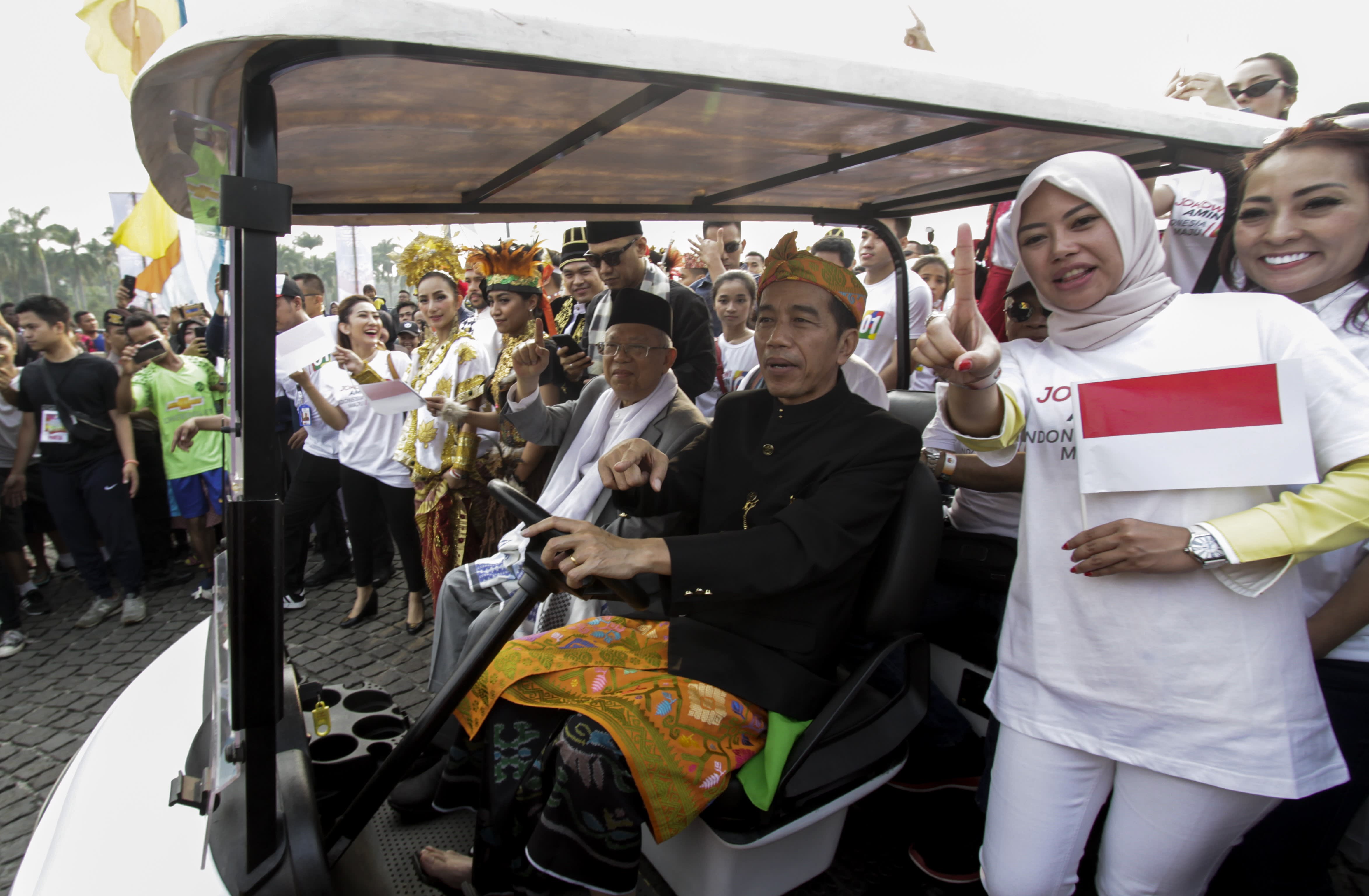 Joko Widodo's popularity is at a record high, strengthening the likelihood that he will win a second term when the country goes to the polls next April. (Getty Images)

Indonesia's currency woes have not tarnished its president, so far. Joko Widodo's popularity is at a record high, strengthening the likelihood that he will win a second term when the country goes to the polls next April.

FT Confidential Research's survey of 1,000 urban respondents shows the approval rating of Widodo, who is popularly known as Jokowi, at 59.5%, its highest level since FTCR began tracking it in early 2015. Asked about which pairing they would vote for if the election were held today, 50.7% of respondents picked the Widodo-Ma'ruf Amin ticket, comfortably higher than the 32.9% who opted for Prabowo Subianto, whom Widodo beat in 2014, and his running mate Sandiaga Uno.

Polling may be an imperfect guide to electoral outcomes but, with only 16.4% of respondents undecided, there may be limited room for a surprise from Widodo's challenger. Widodo's appeal may seem counterintuitive, given Indonesia's sluggish growth, ballooning current-account deficit and a currency that is languishing at levels last seen during the 1997 Asian financial crisis. There is still six months to go before the election, and the outlook for regional and global growth is increasingly clouded by the slowing Chinese economy, monetary policy tightening by the U.S. Federal Reserve and the threat of a worsening trade war between the two economic giants.

But for now, Indonesian consumers remain upbeat about the economy and politics, the latest survey results show. The findings are in line with Bank Indonesia's latest survey in September showing strong consumer confidence arising from optimism about jobs and incomes. Consumer borrowing, which tends to reflect spending appetites, also improved marginally, the survey shows. As well as jobs and incomes, low inflation is underpinning the positive mood. Widodo's administration has so far been able to manage prices of key household commodities, particularly transport fuel, through the state-owned oil and gas company, Pertamina.

A weak rupiah and high crude oil prices forced Pertamina to raise fuel prices last week, and the rate of consumer inflation may pick up from this month. However, any rise will leave inflation within the central bank's target range of 2.5% to 4.5%.

Widodo's unexpected and controversial decision to pick Amin, a 75-year-old cleric, as his running mate does not appear to have turned off young voters. Despite some fluctuations since 2015, there has been an overall upwards trend in Widodo's approval ratings among the three age groups from 18 to 35. Support for the president rose among all three groups in the third quarter. FTCR's latest survey shows that support for the Widodo-Amin ticket is strongest among the 18-24 age bracket, the group that makes up the largest number of eligible voters.

FTCR attributes this jump in support to the feel-good factor after Indonesia successfully hosted the 2018 Asian Games in August. Indonesian athletes performed above expectations, while a slick video of Widodo -- helped by a stunt double -- evading Jakarta's notorious gridlock on a motorbike to open the games became an instant social media hit in Indonesia and regionally.

The Asian Games bounce is unlikely to last. Widodo will have to perform well on issues such as the economy, inequality and poverty that voters care about most when picking a president.

While Widodo has made great progress in reducing poverty and unemployment, Indonesians are bracing for tougher times as the weak rupiah means higher lending rates and higher prices for household appliances, electronics, motor vehicles and property.

Consumers will also have to deal with the government's decision at the start of September to impose up to 10% tariffs on more than 1,000 imported consumer goods as part of measures to curb a yawning trade deficit.

Official data also suggests that Indonesia's current-account deficit will remain under pressure after expanding to 3% of gross domestic product in the second quarter from 2.2% in the previous quarter, adding to the rupiah's woes.

The faltering currency provides an opening for the opposition to attack the government's economic competence. However, the odds appear stacked against Subianto. Provided that Widodo's campaign runs smoothly in the coming months, a second term is looking increasingly likely.