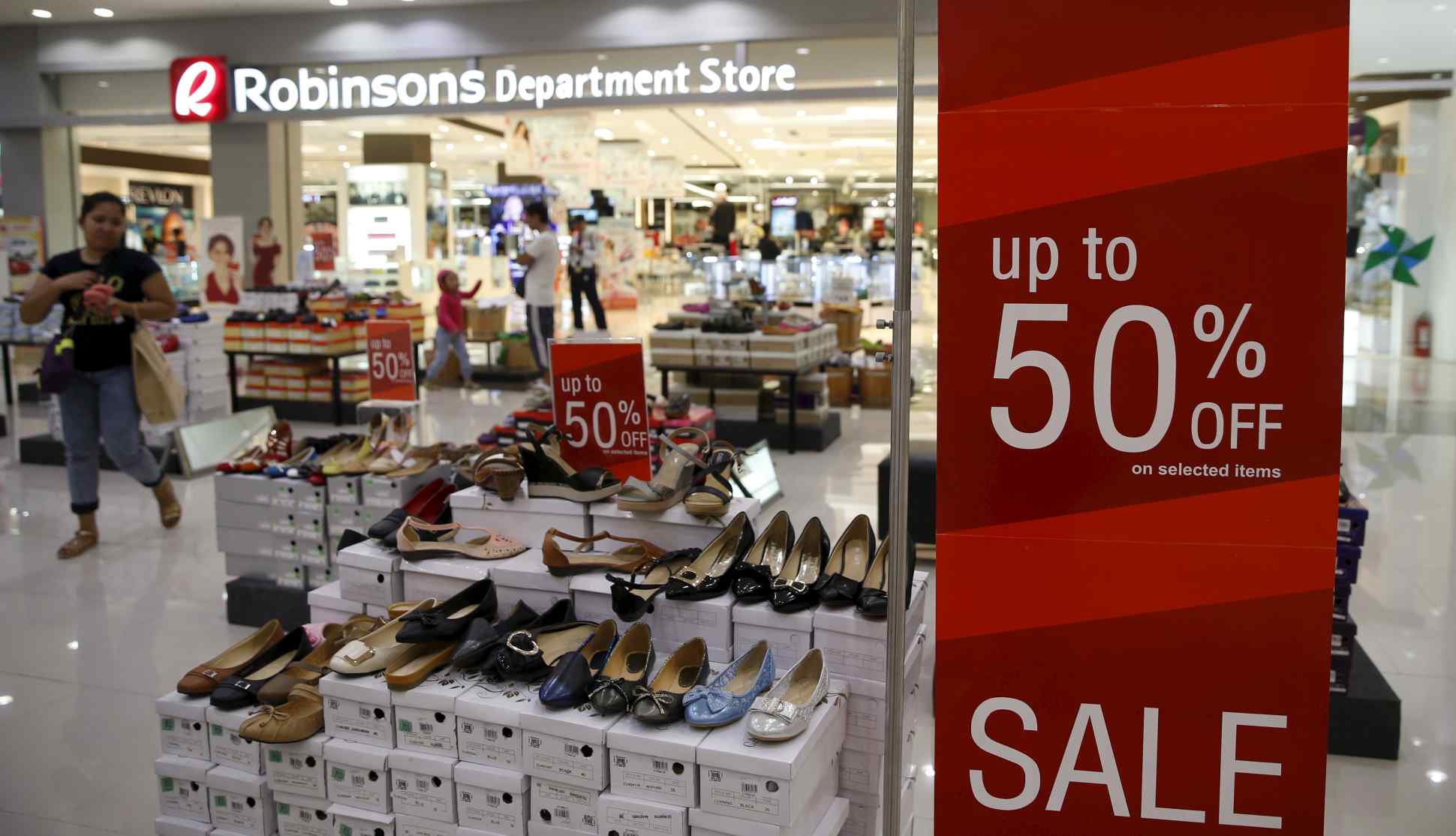 Almost a quarter of survey respondents said they will visit malls more often in the next 12 months.   © Reuters
FT Confidential Research

Higher wages and remittances give retailers a lift: FTCR

In the Philippines, shopping malls are more than just places to shop, eat, and watch movies. Filipinos also flock to them to pay utility bills and deal with government bureaucracy. Despite high inflation, FT Confidential Research expects malls to remain a lucrative business due to greater take-home pay and growth in both the call center industry and money sent home from abroad.

FTCR's fourth-quarter 2017 survey of 1,000 urban Filipinos confirmed their attachment to malls. The survey showed that 11% of respondents visit malls every day, the most across the ASEAN-5 economies.

Almost a quarter of our respondents will visit malls more often in the next 12 months, with 68% saying that the frequency of their visits will remain the same. Slightly more than a quarter also said that they would spend more in malls, while almost half said their spending would remain the same. 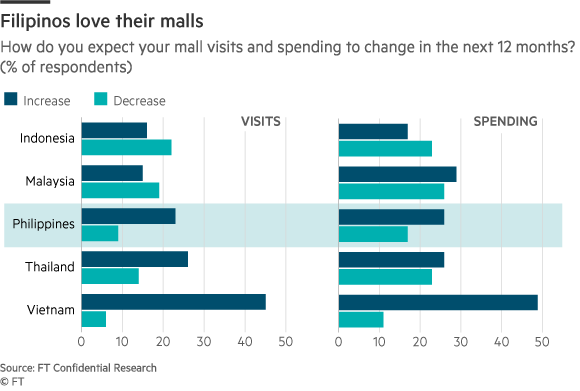 This suggests that Filipino shoppers are not worried by a weakening peso, currently at an 11-year low against the dollar, or higher inflation, which in February breached the central bank's 2-4% annual target. Inflation is rising because the weak peso makes imported goods such as fuel more expensive, but also because of the rise in the price of domestically produced foods such as rice, of which there is a low supply.

The strong performance of two pillars of the Philippine economy, remittances and business process outsourcing, justify consumer optimism. Although the weak peso has increased the cost of imported products, it has also boosted the purchasing power of money sent home from abroad. Overseas Filipino workers sent home $31.3 billion in 2017, 5.3% more than the previous year, beating the central bank's projection of 4% growth. The sector has started 2018 strongly, with 10.4% year-on-year growth in January.

Outsourcing earnings, meanwhile, grew 9.6% year on year in 2017, slower than the previous year's 12.8% growth but still in line with industry expectations. The growth rate was achieved despite a sharp decline in new investment in 2017, which we expect to pick up this year.

A tax-reform law that took effect in January increased the take-home pay of middle-income workers. Come December, the law will also raise the threshold on nontaxable Christmas bonuses, giving consumers more money to spend during the holidays.

Big domestic corporations dominate mall ownership in the Philippines. As of 2017, family-owned conglomerates such as SM Investments and Ayala operated 185 malls, employing nearly 700,000 people. They are opening 22 new malls this year, mostly outside Metro Manila.

The two biggest mall owners have enjoyed healthy growth in the past several years and new shopping centres will boost revenues this year. Mall operators are also finding new ways to attract visitors. For example, SM is building call center offices beside its malls to make it easy for their employees to pop in and spend.

The opening of more shopping complexes this year shows that big companies think Filipinos would rather shop in malls than online. The Philippine Retailers Association estimates that only about 1% of total retail sales came from e-commerce in 2017. We think the lack of a reliable and secure cashless payment system and an inefficient delivery system will limit the appeal of online shopping in the near term.

Despite the healthy outlook, mall owners face a threat from President Rodrigo Duterte's retail-sector liberalisation plan, which is widely expected to take effect this year. The government hopes to boost competition by lowering from $2.5m to $200,000 the amount that foreign retailers must invest to establish a local business. Local retailers are concerned that a more liberalised industry would trigger an influx of cheap, lower quality Chinese retail products, commonly now found in smaller malls owned by smaller corporations. Malls owned by large corporations that typically cater for middle- or upper-income consumers are unlikely to face an immediate threat. Over time, however, such corporations could find it more difficult to create a new revenue base by attracting low-income customers from smaller malls.

FT Confidential Research is an independent research service from the Financial Times, providing in-depth analysis of and statistical insights into China and Southeast Asia. A team of researchers in these key markets combine findings from proprietary surveys with on-the-ground research to provide predictive analysis for investors.