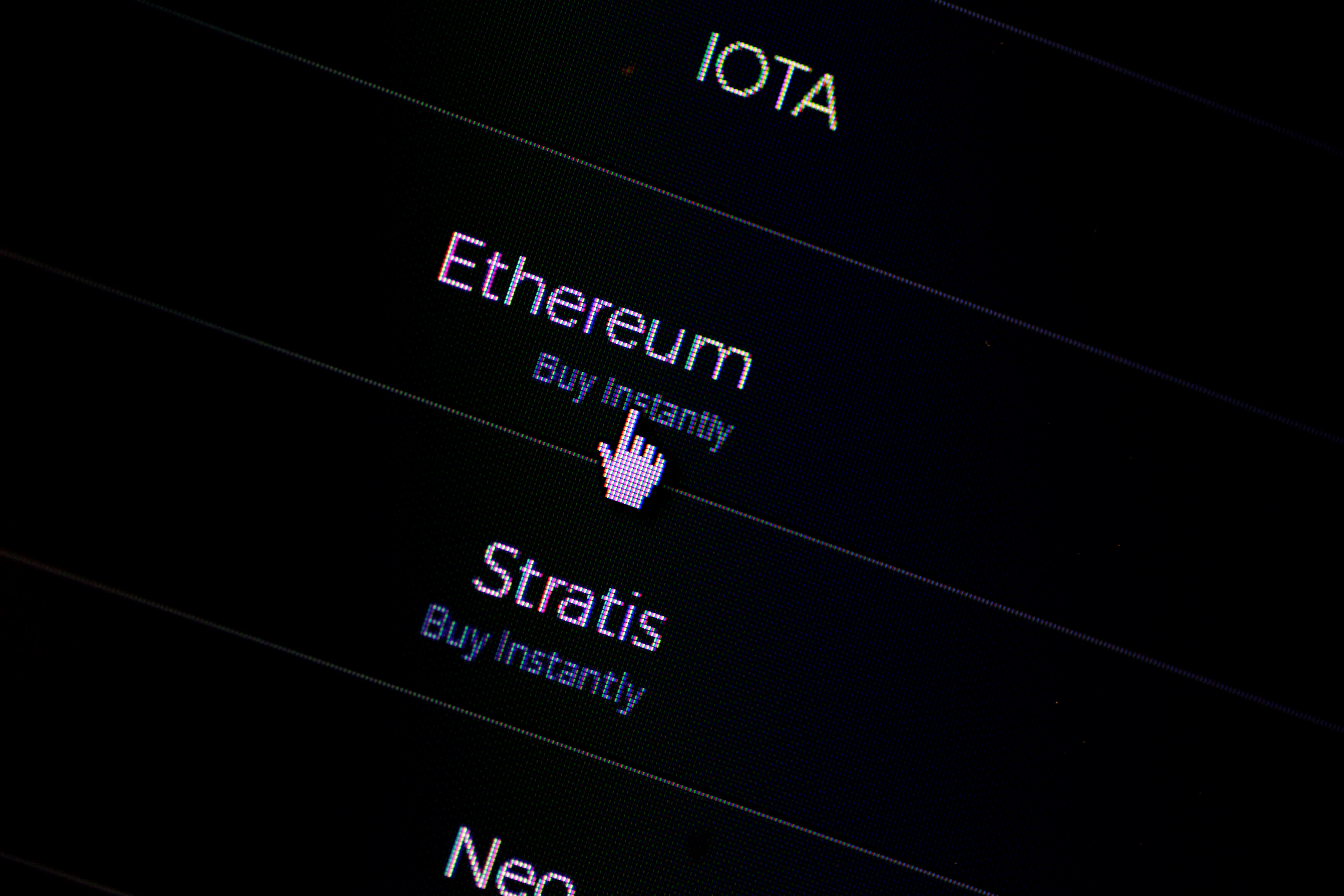 While central banks in Southeast Asia are receptive to new payment systems from financial technology start-ups, most are cautious when dealing with the rise of cryptocurrencies such as bitcoin and ether.

For central banks, one problem is that they have no influence on the creation and circulation of such cryptocurrencies. Another is that global cryptocurrency trade does not acknowledge domestic statutes governing financial transactions, particularly those regarding consumer declaration and money laundering.

Central banks are keen, however, to harness blockchain, the underlying technology behind cryptocurrencies, also known as Distributed Ledger Technology (DLT). This is a form of decentralized digital ledger that functions without central record-keeping. It uses the resources of large peer-to-peer networks to validate and approve new records, or "blocks", which are timestamped, chained interdependently and secured with cryptography, making them resistant to modification. The technology is suitable for recording anything of value.

For the financial sector, blockchain promises faster, more cost-effective and more secure transactions. The transfer of funds between accounts across countries can be done in seconds, versus days using current systems.

Central bankers and other financial institutions worry that in private hands this technology may upend their authority and circumvent their intermediary role.

As a result, Southeast Asian central banks have not recognized private cryptocurrencies as payment instruments - although this is hardly surprising, as real-world foreign currencies are not legal tender in most of the region's markets.

Citizens remain free to trade cryptocurrencies just as they trade fiat currencies. The Philippines is the only Southeast Asian country where a special permit is needed to set up a cryptocurrency exchange (see chart). 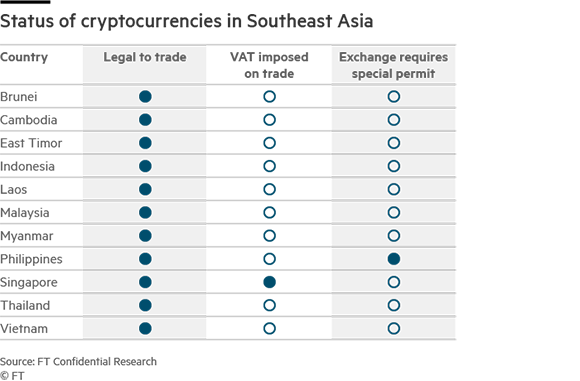 Bitcoin and other cryptocurrencies seldom serve as payment instruments; mostly, they are treated as capital assets. Driven by speculative investors, the price of a single bitcoin reached $11,000 on November 29, up from $10,000 the day before, bringing the total market capitalization of all cryptocurrencies to $330bn, according to coinmarketcap.com (see chart). Many believe the bitcoin bubble will soon burst, comparing it to tulip mania and the dotcom crash. A bitcoin crash, however, is unlikely to pose a systemic threat to the global financial system, given bitcoin's small size relative to the total value of fiat currencies and the number of people tied up with cryptocurrencies. The threat is even smaller for the financial system in Southeast Asia.

An FTCR survey of 5,000 respondents in five of the largest Asean economies (excluding Singapore) shows that only 2.5 per cent of urban consumers used cryptocurrencies in the three months to the end of September. Indonesia was slightly ahead in cryptocurrency use, with 3.3 per cent of respondents, followed by the Philippines with 2.9 per cent. With the survey's margin of error of 3 per cent, these adoption levels are negligible (see chart). Although the financial threat is almost non-existent, tighter scrutiny is to be expected soon - not on the cryptocurrencies but on the exchanges.

Among the five Asean countries we survey, the Philippines has made the most regulatory progress. Since February, its central bank has required all exchanges to obtain a permit for trading cryptocurrencies and to register with the country's Anti-Money Laundering Council. They are also subject to annual fees. We expect the rest of Asean-5 to follow, in response to concerns that bitcoin is being used to fund terrorism and other crimes.

In January, Indonesia's Financial Transaction Report and Analysis Centre said it had evidence of Islamist militants using bitcoin to finance their domestic operatives. Bitcoin.co.id, Indonesia's largest cryptocurrency exchange with approximately 520,000 clients, has pre-empted regulatory moves. The company already makes it mandatory for currency traders to provide their identity and other personal information.

Another regulatory aspect we anticipate is taxation. We expect Asean-5 countries to follow Singapore, which treats cryptocurrencies as products subject to the country's goods and services tax. Indonesia, for instance, is considering a 10 per cent VAT on cryptocurrency trade.

Nevertheless, central banks and other regulatory bodies are trying to avoid overregulation, for fear of stifling innovation. Some already provide a regulatory sandbox to promote research and development of blockchain across the financial sector.

In late 2016, Singapore's OCBC Bank became the first bank in Southeast Asia to conduct cross-border money transfers between branches in Malaysia and Singapore using a customized blockchain platform. In October, Krungsri Bank became the first in Thailand when it announced successful international transfers for the country's petrochemical company, IRPC, carried out using a blockchain platform it developed internally.

Such individual efforts are significant but central banks will have to take the lead in the creation of a universal blockchain to ensure interoperability. This would bode well for the idea of central banks issuing national currencies in the form of digital tokens.

The Monetary Authority of Singapore has been experimenting with three prototypes to conduct tasks such as hosting real-time gross settlements and issuing digital currencies. Bank Indonesia is also conducting trial runs with blockchain, although officials have not said what their aim is.

We think it will take another three to five years before blockchain has a material impact on the global financial sector and perhaps longer before central banks issue their own cryptocurrencies. For now, stakeholders need to come up with solutions to satisfy often conflicting objectives such as privacy versus efficiency, and security versus cost.

This article was first published on December 6 by FT Confidential Research.