ANA will delay reception of aircraft to cut costs: president 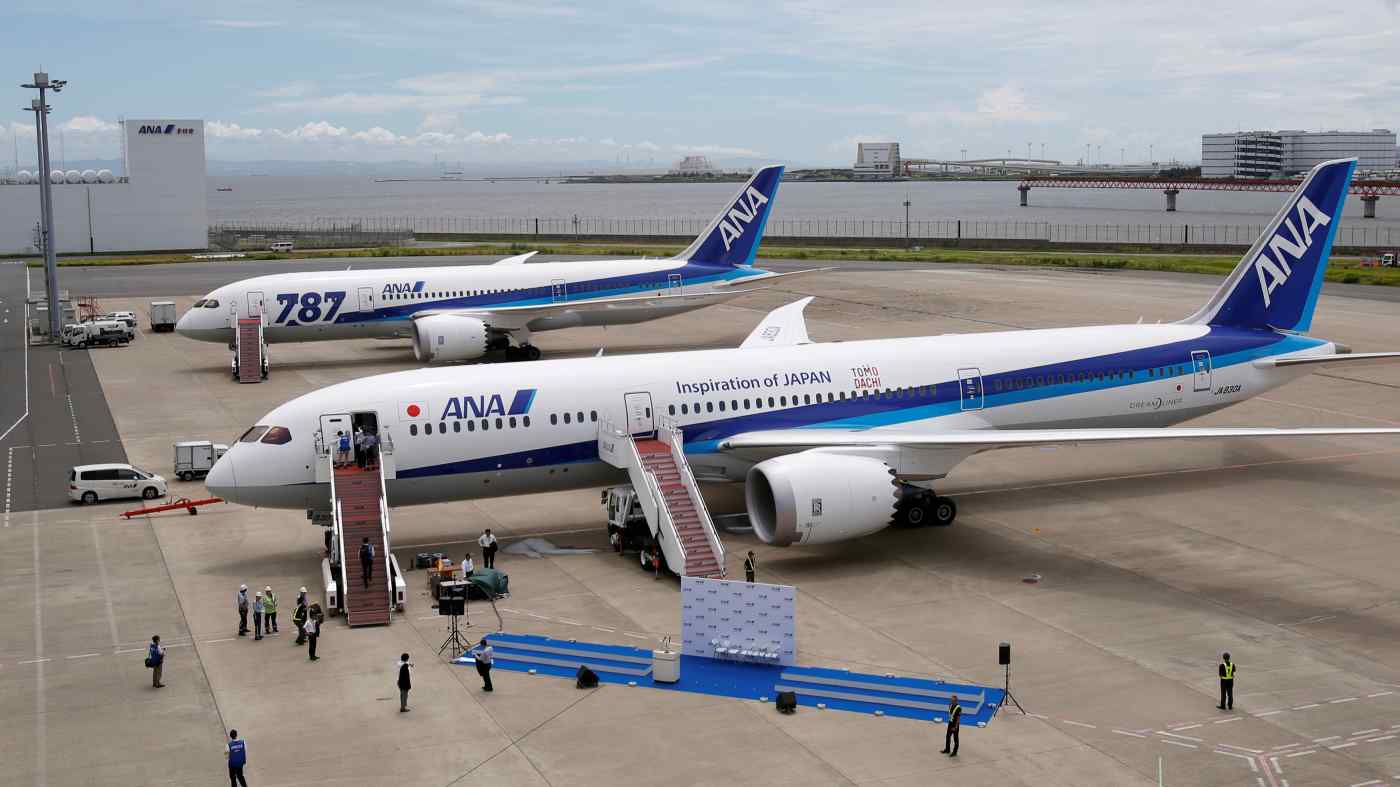 ANA will delay the delivery of aircraft from Boeing and Airbus to save costs.   © Reuters
MASASHI ISAWA and BUMPEI MATSUKAWA, Nikkei staff writersApril 30, 2020 06:30 JST | Japan
CopyCopied

TOKYO -- All Nippon Airways will delay the delivery of aircraft as Japan's largest airline makes moves to soften the financial blow from the coronavirus, President and CEO Shinya Katanozaka said in an interview with Nikkei.

The global outbreak has closed international borders and has essentially grounded the airline industry as whole. To ride out the turbulence, parent company ANA Holdings will engage in aggressive cost-cutting measures supplemented by relief funds, he said.

"What is key is self-support," Katanozaka said. "We'll postpone receipt of aircraft and cut executive pay, among other measures. We pay most of the aircraft purchasing cost during the time of delivery. We're moving forward in shifting those payments."

"We plan to receive 13 aircraft this fiscal year, but we're shifting receipt of the A380 and the 787 from the first half to the second half," said Katanozaka, speaking of the Airbus superjumbo jet and Boeing's wide-body craft, respectively.  ANA's first fiscal year ends Sept. 30, while the second half ends March 31 next year.

"Aircraft due for delivery in the second half of this fiscal year will be shifted to the next fiscal year. As for the 777-9X [Boeing's newest jumbo jet] that we've ordered, delivery has been postponed partly due to circumstances on their end."

Katanozaka touched on Boeing's troubled narrow-body jet, the 737 Max, which has been grounded since March 2019 after two crashes in five months killed more than 340 people.

"We have not formally signed for the 737 Max," he said. "But I think demand for narrow-bodies is strong. I believe recovery will happen sooner on the domestic front, and the planes being used on domestic flights are becoming smaller." ANA will embark on 100 billion yen ($935 million) worth of cost cutting in April and May alone, Katanozaka said. Although ANA is trimming labor costs, the airline seeks to keep jobs off the chopping block.

"Employee furloughs will grant about 1 billion yen in monthly cost reduction benefits groupwide," Katanozaka said. "But protecting jobs is the biggest priority. Job preservation is written in our companywide message."

"Executives have given back bonuses and began accepting pay cuts in April," he added. The pay cuts "will go deeper starting in May. We haven't decided how much we will limit new hiring in fiscal 2021, but if aircraft operation is scaled back more than anticipated, we'll likely make reductions starting with the necessary numbers."

When asked if ANA will extend support to group airlines like Airdo and Skymark, Katanozaka expressed openness to the prospect.

Unable to buck the trend among global competitors, the carrier posted a net loss for the fourth quarter of fiscal 2019.

"We had to forgo dividends last fiscal year, to the sincerest regret for our shareholders and investors," said Katanozaka. "I promise we will recover, and I aim to get back on track toward shareholder rewards."

Katanozaka says ANA will have ample cash to stanch the bleeding. "We had 240 billion yen ($2.33 billion) in ready liquidity at the end of March," he said. "Separately, we can anticipate 950 billion yen in short-term funds."

ANA's chief broke down how the company is securing funding.

The airline expects the outbreak will wind down this summer, but the blow to the airline industry will likely take another year to heal, Katanozaka said

"I predict the novel coronavirus epidemic will expire at the end of August," he said, adding Japan's state of emergency "will probably continue during summer break."

The Japanese government plans to extend the state of emergency past the May 6 deadline. In keeping with the campaign to safeguard against COVID-19, Katanozaka has asked to be pictured wearing a facial mask.

The demand for air travel will not recover immediately, Katanozaka warned. "I foresee domestic flights at the end of the 2020 fiscal year [on March 31, 2021] being 70% compared with a year earlier, and 50% for international flights at the low end," said Katanozaka.

"A complete recovery will likely be pushed back into fiscal 2021," Katanozaka predicted. "For ridership on international flights to return, I think we need an impactful event, such as the World Health Organization declaring the end of the pandemic."

"Big and smaller companies are all struggling. It will be presumptuous to say we will 'rescue' them, but we share a win-win relationship with partner companies. I intend to take care of them, including Skymark."