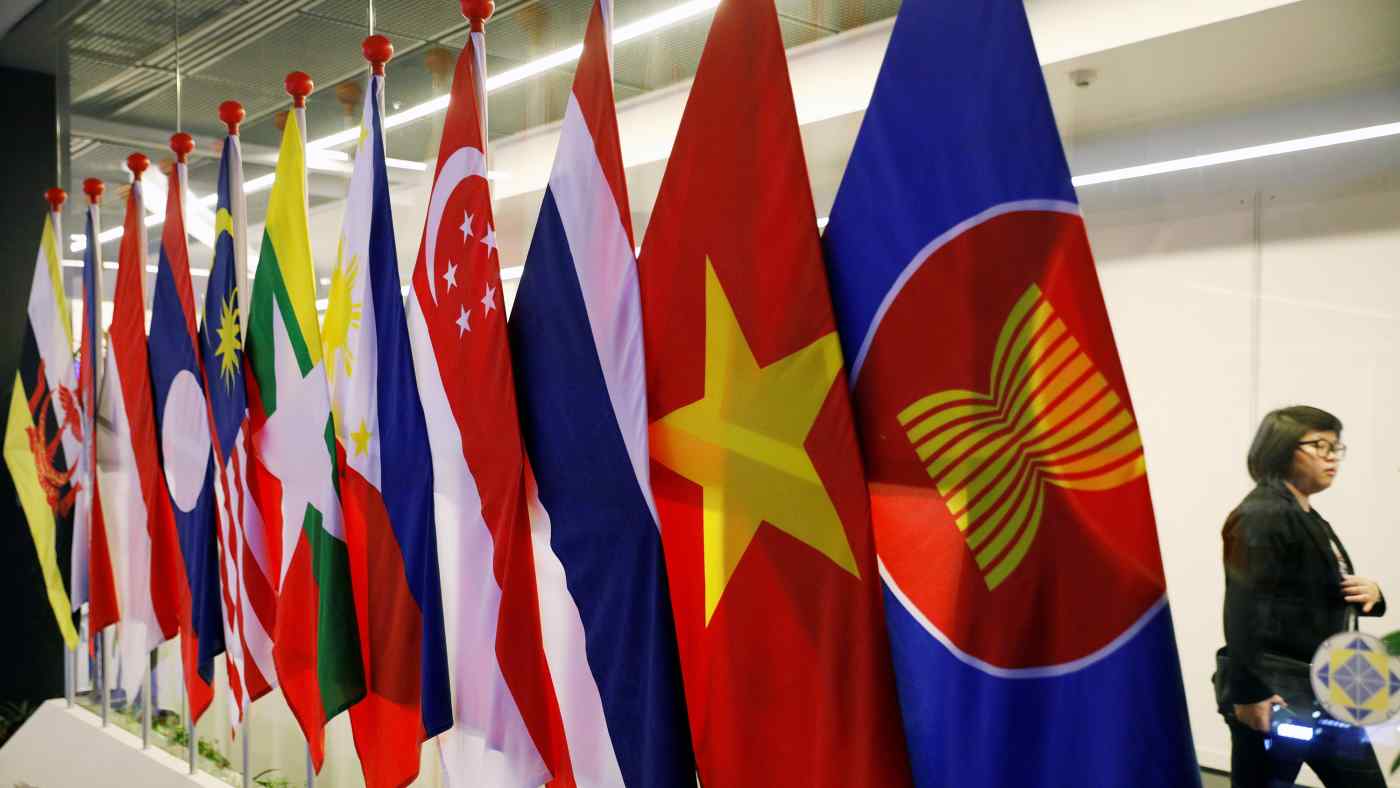 The Singapore Foreign Ministry's ambassador-at-large says countries are increasingly taking an issue-by-issue approach to diplomacy, rather than simply aligning themselves with one big power or another.   © Reuters
DYLAN LOH, Nikkei staff writerMay 6, 2022 14:06 JST | Singapore
CopyCopied

SINGAPORE -- The divided response by members of the Association of Southeast Asian Nations to Russia's invasion of Ukraine shows they are seeking a "third space" in diplomacy as they strive to avoid taking sides in the competition among big powers, according to one of Singapore's most prominent diplomats.