HONG KONG -- A faster-than-expected pace of increases by the Federal Reserve would pose a risk for countries in the region already contending with currency weakness and the threat of capital flight, a top Asian economist warned.

"Later this year or next year, if the interest rate hikes speed up, then there could be a potential risk to the Asian economy," Yasuyuki Sawada, chief economist of the Asian Development Bank, said in an interview here on Wednesday before Fed policymakers raised the central bank's benchmark lending rate for a third time this year.

The 25-basis-point increase brings the target range for the U.S. federal funds rate to 2% to 2.25%. Policymakers' projections signaled one more rate hike this year, followed by three in 2019, unchanged from the previous outlook.

Sawada expects the spillover effects of Wednesday's rate hike will "not be substantial" for Asian economies, but that the Fed's move will force some central banks in the region to continue raising their policy rates, which increases the cost of borrowing for businesses and consumers.

Sawada sees "no actual negative impacts [of the U.S. rate hikes] on investment or consumption" as of yet. But rate increases coming faster than expected could trigger damaging capital outflows in Asian economies, the ADB economist added. 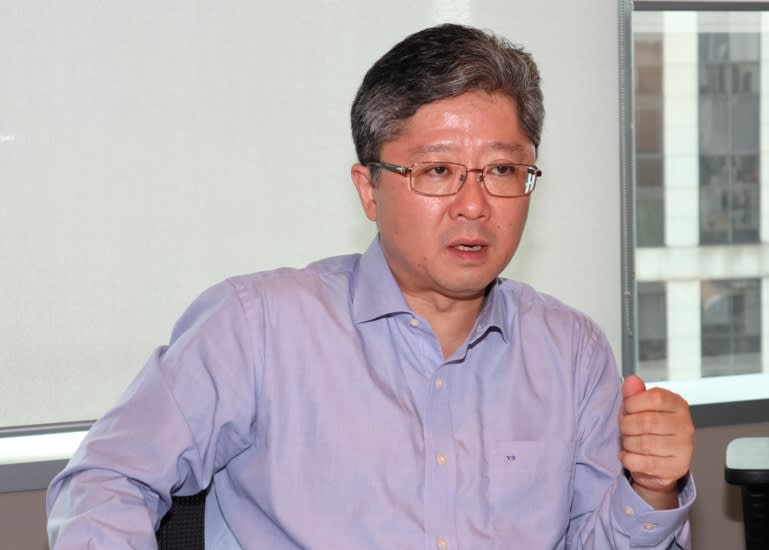 Yasuyuki Sawada, chief economist of the Asian Development Bank, speaks to the Nikkei Asian Review on the impact of U.S. rate hikes in Asia. (Photo by Takeshi Kihara)

Meanwhile, "[the Fed's] interest normalization will put downward pressure on Asian currencies," said Sawada, whose bank has 67 members including 45 developing nations in Asia. The Indonesian rupiah hit a two-decade low against the dollar in August, while currency weakness has gripped other countries in the region such as the Philippines and India, which has Asia's worst-performing currency this year.

Sawada expects the situation to worsen if the federal funds rate tops 3% by the end of 2019. According to a Reuters poll in June, the latest available, 23 large banks authorized to transact directly with the Fed expected the benchmark rate to climb to a range of 2.25% to 2.50% by the end of 2018, and to reach between 3% and 3.25% next year.

Asian countries so far have coped with challenges tied to rising U.S. interest rates, Sawada said. Central banks in Indonesia and the Philippines have responded quickly with interest rate hikes as pressure on their currencies has grown.

Bangko Sentral ng Pilipinas, the Philippine central bank, pledged to "show a strong hand" when announcing its next policy decision on Thursday, signaling a further rate increase as it fights rising inflation. A similar move is expected at Bank Indonesia, which has raised its benchmark rate repeatedly since May.

Asia will maintain 6% economic growth in 2018 and 5.8% growth next year under the scenario that the Fed's benchmark rate remains at or below 3% by the end of 2019, according to the Manila-based ADB's latest Asian Development Outlook report, which was published on Wednesday.