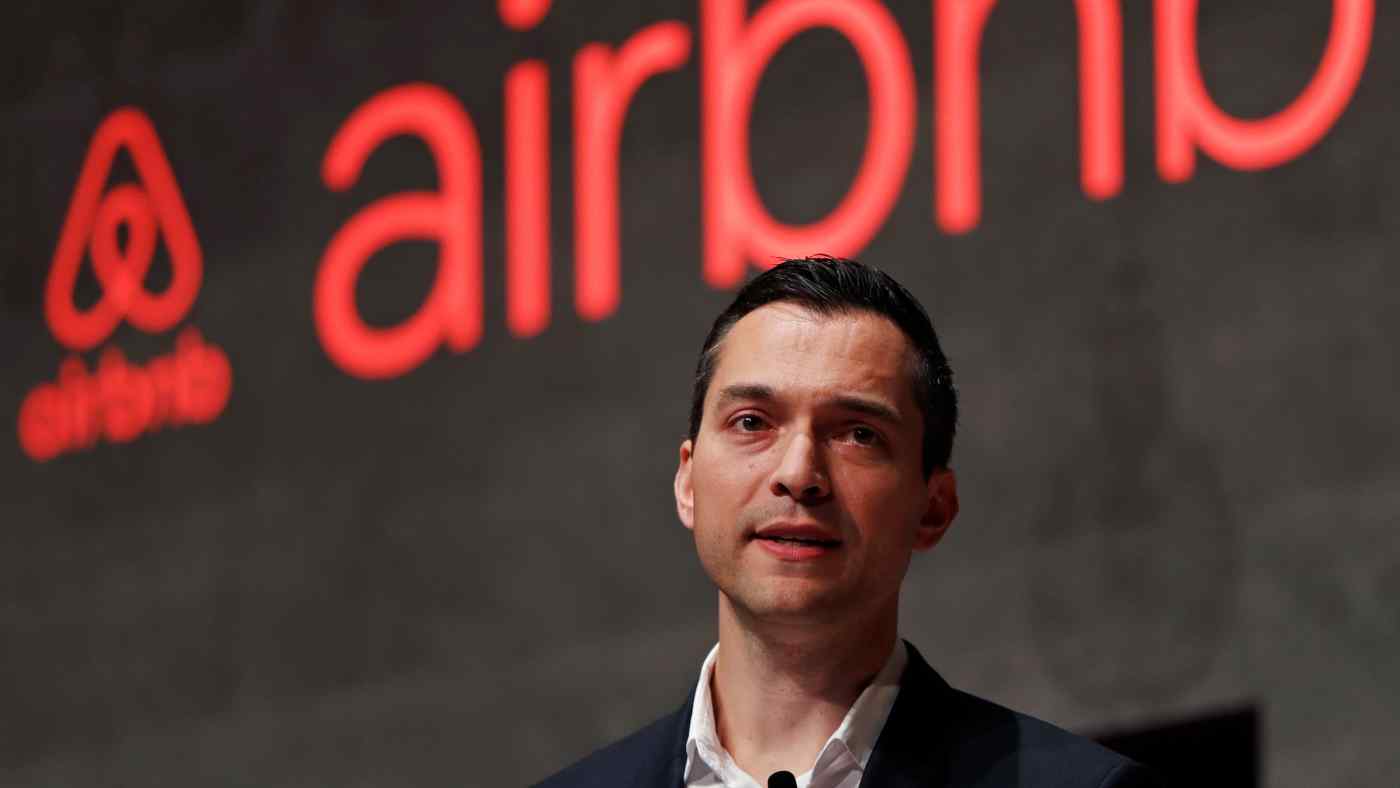 PALO ALTO, U.S. -- While international travel has plunged because of the coronavirus outbreak, demand for self-catering accommodations for domestic vacations has increased, a top official at Airbnb said.

Co-founder and Chief Strategy Officer Nathan Blecharczyk, who also chairs Airbnb China, told Nikkei that in addition to a rise in short-term stays, demand for longer-term lodging is also starting to pick up.

"If you look at domestic travel on Airbnb over the last two and a half weeks versus a year ago, it actually increased globally," Blecharczyk said in an interview Wednesday. "It gives you a sense of how strong the rebound has been."

The San Francisco-based accommodations-booking platform sees greater growth in large markets, Blecharczyk said. "The bigger the country is, the stronger the domestic market is," so the U.S. "is a top one for domestic travel," he said.

The company announced in early May that it would cut nearly 1,900 jobs, or about a quarter of its total workforce. "Airbnb's business has been hit hard, with revenue this year forecasted to be less than half of what we earned in 2019," co-founder and CEO Brian Chesky wrote in a memo.

But Blecharczyk said the company has been pleasantly surprised by how quickly demand is recovering. "It's a different kind of travel," he said.

As countries keep their borders closed to nonessential travel, reservations for so-called staycations have risen. In Japan, reservations for domestic travel doubled from a year earlier last week. Half were for accommodations within 80 km of the point of origin and reachable in about 90 minutes, according to Blecharczyk.

"People are staying a little bit longer," he said.

"We have already seen a significant number of people booking monthlong stays or greater," Blecharczyk said.

Demand for accommodations is also strong from medical workers wanting not to spread the new coronavirus to their families.

"I think you'll see more people working from home, and part of this plays well to Airbnb," Blecharczyk said.

"Now people can actually travel one month here, one month there, they can be nomads while they're working," he said. "So they don't have to choose between work and travel. They can do both at the same time."

With governments and the World Health Organization pushing social distancing, tourists are more likely to shy away from hotels and turn to apartments, villas and cottages.

"We've surveyed our guests, those who are familiar with Airbnb," Blecharczyk said. "Three out of four say that they would prefer to stay at an Airbnb during this time, versus a hotel. People just want to avoid shared spaces and any possibility of a crowd or a line."

To ensure proper cleaning and prevent infection, Airbnb is planning to restrict the use of facilities for 24 hours after guests leave. It also plans a system to rate accommodations on cleanliness and hygiene.

Blecharczyk denied speculation of a delay to the initial public offering planned for this year but said the company is focused on debt-servicing.

On the IPO, he said: "That was our original intention, and we are prepared to do that as soon as the market conditions improve."

Airbnb announced in April a $1 billion investment via debt and equity securities, as well as a $1 billion syndicated term loan, to prepare for a plunge in business.

"We did raise $2 billion in debt," Blecharczyk said. "So it would be better to just repay that debt."