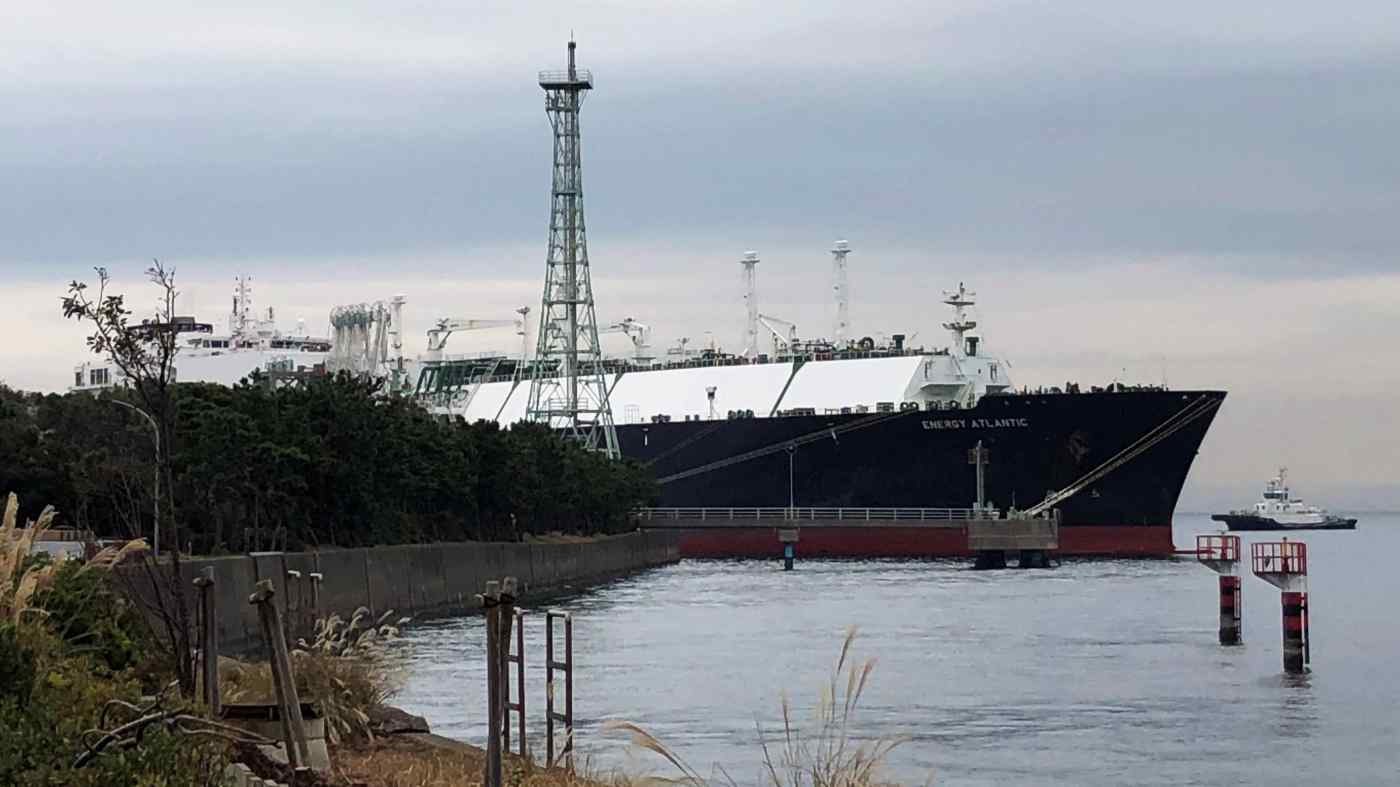 An LNG tanker in Yokohama, Japan: The U.S. state of Alaska is considering projects to export LNG to Asia, which it is much closer to than competitors in the Gulf of Mexico.   © Reuters
TAKESHI KUMON, Nikkei staff writerDecember 7, 2019 18:01 JST | North America
CopyCopied

TOKYO -- Alaska's Gov. Michael Dunleavy has expressed hope that liquefied natural gas shipments from the Alaskan arctic will soon begin flowing to Japan and other countries.

In a recent interview with Nikkei in Tokyo, Dunleavy said Alaskan LNG will be competitively priced. Two projects are under consideration to export LNG, and the Alaskan government has approached Japan about taking part.

As the U.S. continues to increase its gas output through fracking, production centers in the Gulf of Mexico and the East Coast have been exporting much more. But Alaska lags behind in commercial production. "We have a lot of natural gas on the North Slope. We know that it has been stranded for years," Dunleavy said.

Alaska is rich in gas deposits and is closer to big markets in Asia. LNG from Alaska would only have to travel half as far as that coming from the Gulf of Mexico.

One project under consideration, the Alaska LNG Project, envisions a 1,300 km pipeline from the North Slope to a liquefaction plant in southern Alaska. The other, Qilak, calls for liquefaction plants to be built near the gas fields, with the commodity shipped directly from the arctic. Although the second project would not require a long pipeline, loading LNG tankers in the Arctic Ocean presents a challenge.

"As the government, we're just right now standing back and just observing if there's any project that can be economical. If one of these projects, or another project that comes up -- if that makes economical sense, that's a good thing because we just want to monetize our gas," Dunleavy said.

The state government, he said, aims to monetize natural resources and it is assessing which of the two projects is more economically feasible. While the contract details have yet to be determined, he cited the lower cost of transportation to Asia. "I would imagine that the price would be competitive with Henry Hub," Dunleavy said, referring to the index price for natural gas traded on the U.S. market. China Petrochemical Corp. (Sinopec) and other Chinese companies had previously agreed to help develop LNG in Alaska, in a step timed to coincide with U.S. President Donald Trump's visit to China in 2017. But the U.S.-China trade war has made it hard for American producers to export to China.

China, the world's second-largest LNG importer after Japan, imposed retaliatory tariffs on American LNG in response to duties the Trump administration slapped on Chinese imports. America's LNG exports to China, which rose sixfold on the year to 100 billion cu. feet in 2017, have declined sharply since the second half of 2018, when the U.S. tariffs were raised.

Commenting on the effect of China's retaliatory tariffs, Dunleavy said: "I believe that America can compete across the globe on a lot of these resource projects. We're all hopeful that the U.S. and China can come to agreements quickly."

China, for its part, is diversifying its sources of supply. The Power of Siberia pipeline is the first to ship gas from Russia to China and began operating on Dec. 2. The project has an annual capacity of 38 billion cu. meters, equal to around 20% of China's annual gas imports. As China and Russia deepen their cooperation in the energy sector, the U.S. has called on Japan, a key Asian ally, to increase its imports of American LNG.

Dunleavy visited Japan in early November to attend a ceremony marking the 50th anniversary of the country's first imports of LNG in 1969, which came from Alaska.

The main factor hampering LNG projects in Alaska is concerns about the cost, specifically the long pipelines needed or difficulties loading LNG in the Arctic Ocean. Meanwhile consumption of LNG in Japan, which is still the world's biggest importer, has been slack. That has encouraged reselling to other Asian markets and arbitrage trade. Japan must diversify its sources of LNG and carefully scrutinize the cost of any new investment in the sector.