'China is where we mostly see them,' AWS chief says 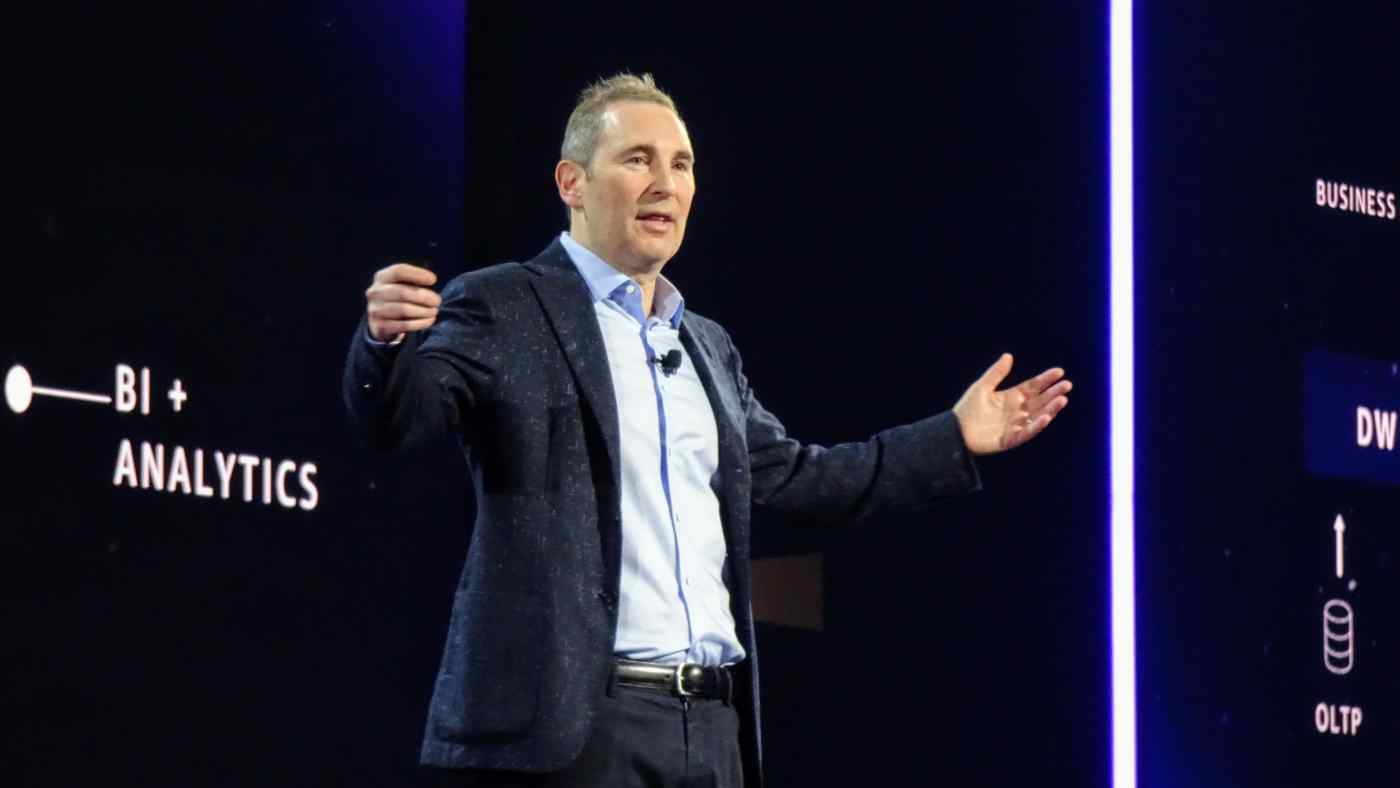 Amazon Web Services CEO Andy Jassy sees Alibaba's growing presence in the cloud computing sector in China, but notes that the company does not have much of a presence in the U.S. or Europe now. (Photo by Kazuyuki Okudaira)
KAZUYUKI OKUDAIRA, Nikkei staff writerDecember 26, 2019 09:13 JST | North America
CopyCopied

LAS VEGAS -- Top cloud computing provider Amazon Web Services sees Alibaba Group Holding catching up in the sector, but largely limited to China, CEO Andy Jassy told Nikkei, with the Amazon.com unit aiming to widen the gap with the competition by strengthening efforts in such areas as artificial intelligence and quantum computing.

AWS was launched in 2006. Now its annual sales are estimated at about $36 billion, based on Amazon's latest earnings results, and its year-on-year growth continues in the range of 30% to 39%.

"We were optimistic it could be a real business, but I don't think any of us had the audacity to predict it would grow this quickly," said Jassy, who has headed AWS since its inception.

Companies have migrated to the cloud from in-house information systems over the past decade. Jassy said there is still massive growth potential because "we are in the early stages of the meat of enterprise and public-sector [cloud] adoption" and because "the U.S. is probably 12 to 36 months ahead in adoption of other countries, depending on industry and country."

AWS held a nearly 40% share in the public "infrastructure as a service" and "platform as a service" markets last quarter, according to U.S. firm Synergy Research Group. Microsoft, Google and Alibaba came in far behind, although the three are increasingly closing the gap.

Microsoft beat AWS for the U.S. Department of Defense's $10 billion Joint Enterprise Defense Infrastructure cloud contract. President Donald Trump may have swayed the outcome, given his public hostility toward Amazon as well as founder and CEO Jeff Bezos, who also owns The Washington Post. AWS has sued the government over the selection process.

Jassy touted AWS as better on the merits in his Nikkei interview. "Most of our customers who look in a detailed way at the comparable technology infrastructure platforms tell us that they think we're two years ahead of anybody else," he said.

Jassy had previously said losing the JEDI contract would threaten national security. Asked whether the expansion of Alibaba's cloud business could raise similar concerns, he said that "I don't think of the growth of really any company, including Alibaba, as being related to the national security" of the U.S.

"I would say that we mostly see Alibaba, as we're working with customers, and they're considering who they're going to use in China is where we mostly see them," Jassy said. "I don't think they have much of a presence in the U.S. or Europe right now."

Asked about information technology 10 years down the road, he said: "I think relatively few companies will own their own data centers. And those that do will have much smaller footprint."

On areas to be focused on, he mentioned AI and edge computing, a technology that enables data to be processed near customers.

For AI, he said that "virtually all applications will have machine learning and artificial intelligence infused in them in some fashion."

On edge computing, he said: "I think that if you look at the edge, you're going to have billions of devices everywhere in our homes and our offices in factories and cars, and planes and ships and oil fields and agricultural fields -- they're going to be everywhere. And companies and end consumers want to take all the data that those devices are consuming and be able to come more intelligent, you know, from them."

AWS announced a cloud-based quantum computing service in early December. "We have an investment in there [quantum computing]," Jassy said in the Nikkei interview. "We believe it may be a few years away from being pervasively used, but we're optimistic about its potential."

On IT in the 2020s, he said that "it's hard to believe because there's been so much change the last 10 years, but I think when we look 10 years from now, it'll feel like more change than we've had the last 10."

Questions remain whether an IT giant like Amazon can lead the way, with such issues as privacy and tax avoidance under heavy scrutiny around the world. Lawmakers including U.S. Sen. Elizabeth Warren, a Democratic presidential candidate for 2020, are calling for a breakup of Big Tech companies.

"If I just take Amazon as I know it, in the retail business, we have just 1% of the worldwide retail," he said. "We have a very small total market segment share." And in AWS, "97% of all the global IT spending is in on-premises, only 3% of it is in the cloud. And then we have a portion of that cloud slice."

Customers are counting on new products and services, Jassy pointed out, "so I don't see much of a need or purpose in trying to break apart those companies."