Asia-Pacific to emerge as a post-COVID superpower: EY regional head

An 'unprecedented opportunity' to reshape world through an ESG lens TOKYO -- After a yearslong trade war between its two biggest economies, the world entered an entirely new phase with COVID-19. The public and private sectors had to not only protect lives, but also adapt to different ways of working, learning and communicating.

How will this change the world we live in?

Patrick Winter, EY Asia-Pacific Area Managing Partner, sees a breakthrough moment for the region as it leverages experience with such past outbreaks as severe acute respiratory syndrome and Middle East respiratory syndrome to formulate game plans to put economies back on their feet.

There is an "unprecedented opportunity" to reshape the region through an environmental, social and corporate governance lens, he told Nikkei. 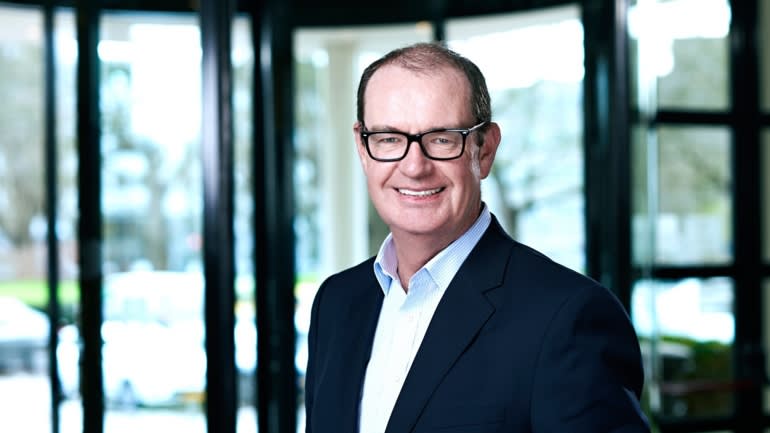 Patrick Winter, managing partner for the Asia-Pacific area at EY, leads a business with $4 billion in combined revenues and 51,000 people across 23 markets.

Q: How has the Asia-Pacific economy rebounded from COVID-19?

A: The COVID pandemic has fundamentally changed the shape of our global economy. There is an unprecedented opportunity now across the broader Asia-Pacific to reimagine our world and build a better future.

The government response toward an economic recovery has been slightly different in each country across the Asia-Pacific. Some economies have rebounded quite quickly, and others are taking a bit more time. But coming out of this pandemic, there is a very unique opportunity for the Asia-Pacific economies to build a foundation for a sustainable future, rather than having different economies recover quicker than others.

I believe the reimagined future for many of our economies across Asia will be done through the lens of ESG.

And governments and businesses can work together to create a more resilient and productive economy, giving workers higher skills, using technology to create jobs, boosting productivity, while still providing the opportunity to build a greener future.

The United Nations is saying that a move to low-carbon, resilient economies can create something in the order of 65 million new jobs globally between now and 2030. So there is a huge opportunity out there with regard to employment.

Q: Do you think the Asia-Pacific region has any advantages as it comes out of the pandemic?

A: The Asia-Pacific is the growth engine of the global economy and has been for probably the last two or three years. It already represents about 67% of the world's economic growth.

The Asia-Pacific will soon represent 50% of the world's gross domestic product. Obviously, a lot of that is because we have two of the three biggest economies in the world in China and Japan.

At the same time, the Asia-Pacific has built a foundation of economic recovery from similar types of pandemics in the past.

Based on the experience it had with SARS and MERS, governments moved decisively and swiftly to manage the health aspect, and, in parallel, knew what they needed to do to manage the economic issues.

So it is really emerging as a global superpower.

What I do see going forward is that this unprecedented opportunity to reimagine the future, and the Asia-Pacific's ability to manage through COVID's disruption will put it in a very strong position over the next 20 years to really develop its footprint as the dominant area of the global economy.

I feel that the Asia-Pacific economies and countries are far more prepared for a change or reimagined future and acceptance of that change post-COVID than other countries in, say, the Americas or Europe.

The more effective response to COVID in the Asia-Pacific is going to give it a leg up.

A: If you couple together the unprecedented change of COVID-19 with the extraordinary technological advancements that we've made over the last five, six, seven years -- but more so over the last two to three years -- we will move very quickly to a new world that will be far more focused on technology and a digital economy.

Every economy has had to pause due to COVID-19. We were forced to reimagine every aspect of life, whether it's health care, education, banking, communication or meeting on Microsoft Teams, for example.

So the world going forward is fundamentally going to change.

Q: How will trade change due to this pandemic?

A: One concern is that in many Asia-Pacific economies, trade flows were very much disrupted. Economies are getting hit not by issues of their own management, but they are getting severely impacted in a negative way, because of the reduction in trade that has occurred as a consequence of COVID. I am not saying that anyone has done a poor job, but the negative impact of the loss of trade is being felt in Southeast Asia, in particular.

So while the world needs the Asia-Pacific to continue to grow, the world also needs big economies like the U.S. to grow as part of the integrated trade equilibrium.

This is not a matter of one economy becoming bigger than the other or a battle between superpower economies. For the world to function properly, the world needs open and free trade between big economies around the world. For the benefits of societies and the quality of living in societies all around the world, we do not need trade battles between superpowers. We need big economies working together to create an open and free trading environment.

Going forward, with regard to trade and supply chains, many countries will say, "We no longer should rely on importing certain aspects of the economy that we historically have done. We should produce those domestically."

So there will be some aspects of trade that return quickly and some aspects that do not. There will be a push to ensure that lessons learned through disruption to trade through COVID will not affect their economies if ever this happened again.