A woman wearing protective mask stands as she waits for a commuter train at a station in Jakarta on March 2.   © Reuters
SHOTARO TANI, Nikkei staff writerMarch 4, 2020 21:55 JST | Southeast Asia
CopyCopied

JAKARTA -- The president of the Asian Development Bank said Wednesday that Asia should reduce its dependence on the dollar to bolster its resistance to global shocks such as the new coronavirus outbreak.

"In the future, we should really try and create some kind of a currency system that is a bit more independent of the dollar currency system," Masatsugu Asakawa said in a group interview in Jakarta.

Developing Asia's dependence on the dollar for cross-border trade and capital transactions adds to the pressure from the virus-induced global slowdown.

Many Asian currencies are weakening as investors flock to the safe-haven greenback, and weaker currencies, in turn, make it harder for developing countries in the region to service their external debts. Around 65% of Indonesia's foreign debt, for example, is denominated in dollars, according to the country's central bank.

Asakawa pointed to efforts already underway to ease Asia's dependence on the dollar, highlighting the Asian Bond Markets Initiative as a means "to develop a regional bond market, so that savings in the region can go directly to an investor in the region" rather than being recycled through American and European banks. 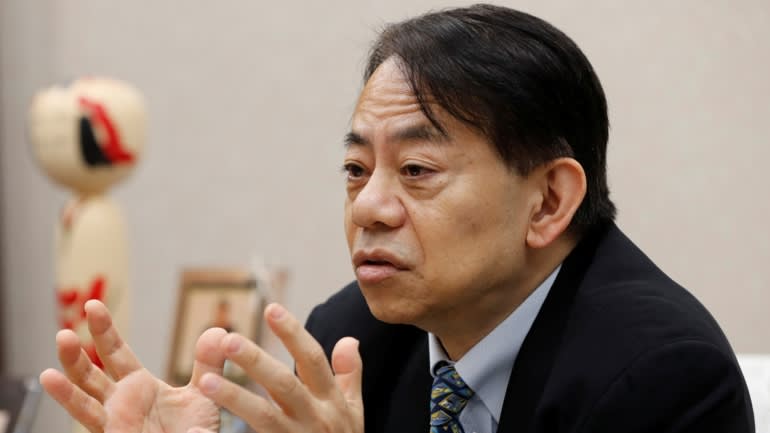 Another way of weaning Asia off the greenback would be to develop a currency basket to provide exchange rate stability, said the former official at Japan's Ministry of Finance.

Although Asakawa said the idea of reducing Asia's dollar dependence was his "personal dream" and not an objective of the ADB, he pointed out that the Manila-based multilateral institution has previously studied an Asian Currency Unit that would serve as a common regional reference currency.

"If policymakers in the region go in that direction, the ADB [can help]," Asakawa said.

The economic effects of the coronavirus continue to ripple around the world, with the Organization for Economic Cooperation and Development saying Monday the epidemic could cut global growth to 1.5% this year from 2.9% in 2019. The shock is particularly acute in developing Asia, which depends on China, the epicenter of the outbreak, for trade and tourism.

The ADB chief did not reveal any downgrades in the bank's regional growth outlook stemming from COVID-19, but said it "is expected to be much, much worse" than the severe acute respiratory syndrome, or SARS, outbreak in 2003, as China's weight in the global economy has grown considerably since then.

Countries around the world, including the U.S. and Indonesia, have announced fiscal and monetary measures to shore up their economies. The U.S. Federal Reserve cut its key interest rate Tuesday in an emergency move, which Asakawa supports.

"Fiscal expansion, if there is enough space, is one thing we can do to tackle this. The second thing is monetary policy... This kind of policy coordination might help. I hope -- macroeconomic coordination, effort -- will allow us to minimize the impact, and economic growth will come back to a sustainable path as quickly as possible." Asakawa said.