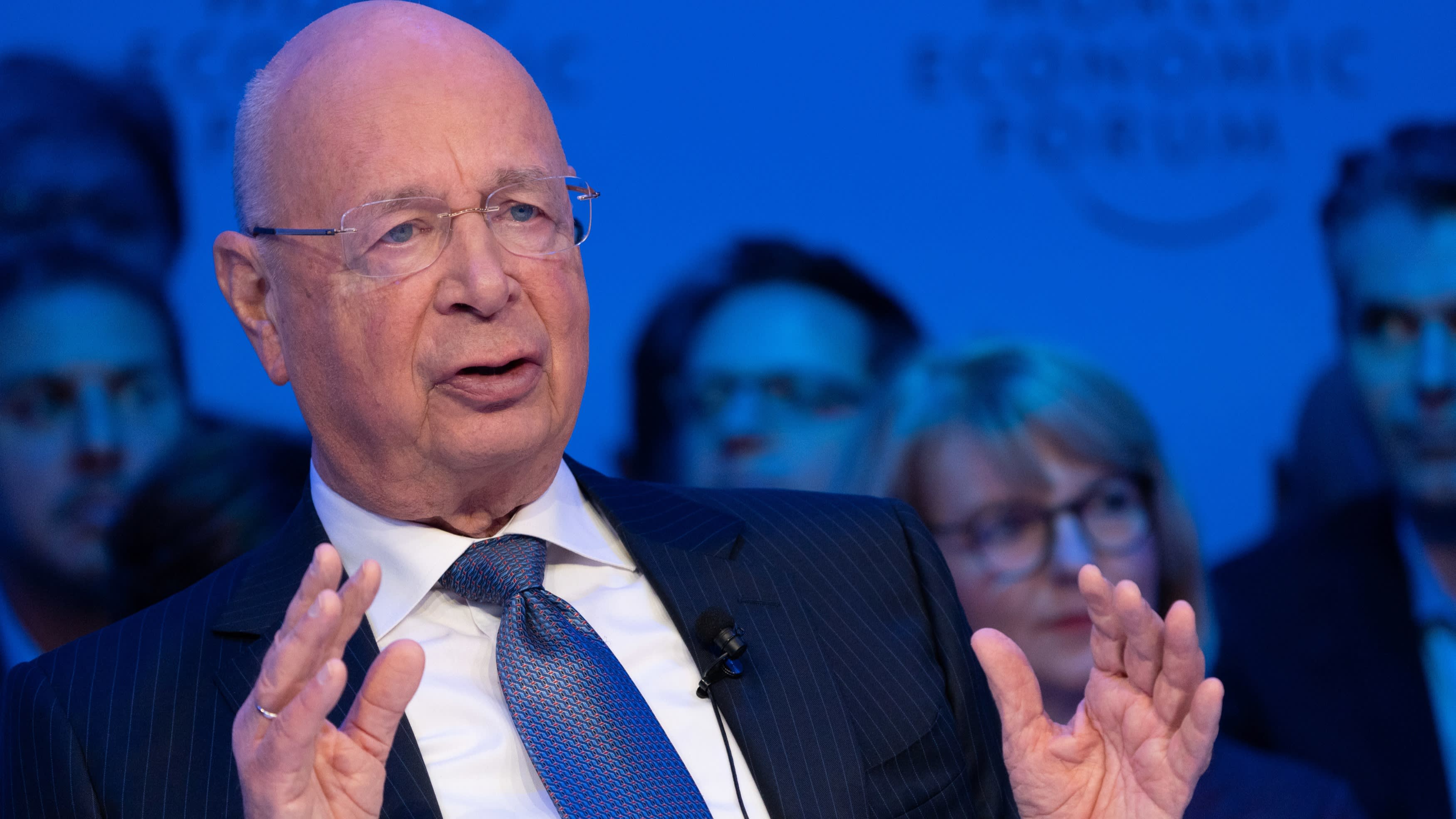 TOKYO -- The ability of Asian companies to balance the needs of both shareholders and stakeholders will help the region recover from the novel coronavirus pandemic, the founder of the World Economic Forum says.

Klaus Schwab, who established the WEF and hosts its renowned Davos annual meeting, has long promoted stakeholder theory. He believes that companies in their guise as "social organisms" are required to make contributions to society during the crisis, instead of aiming for "irresponsible" short-term profit to benefit their own shareholders.

"Asia may be philosophically more prepared for the stakeholder concept than the West, as the concept is that everybody is best served if [a company] is engaged in the well-being of the collective," Schwab, the WEF chairman, told the Nikkei Asian Review from Switzerland by video link. "Asia puts emphasis on collectivity, while the West is very much influenced by individual freedom."

Considering not only shareholders but also stakeholders -- including customers, employees, suppliers and local communities -- has become "more essential than ever before" to overcome the current "unprecedented crisis" surrounding COVID-19, Schwab said. "Nobody is spared from the consequences of this crisis. Companies are not just economic units, but are social organisms," he said, stressing their "social responsibility" to people who have given them a mandate to operate.

Schwab spoke as the WEF in April launched its Stakeholder Principles in the COVID-19 era, which urge the business community to help overcome the pandemic by ensuring the safety of their workers, maintaining supply chains and keeping their prices fair.

The Geneva-based body has also established the COVID Action Platform with the World Health Organization. It has more than 800 corporate and group members, including Unilever, PepsiCo and India's Tata Consultancy Services with the aim of securing supply chains for health commodities and mobilizing a cooperative response to the pandemic.

In Asia, numerous companies have come forward to help fight the coronavirus. SoftBank Group Chairman and CEO Masayoshi Son announced April 11 that the conglomerate is partnering with China's BYD to supply 300 million masks a month to Japan from May, amid expectations the country's hospitals face being imminently overwhelmed with patients.

Filipino conglomerate San Miguel ramped up its production of ethyl alcohol used as a disinfectant and sanitizer for delivery to hospitals across the Philippines. Engineering teams at Indian automaker Mahindra & Mahindra, meanwhile, have developed low-cost ventilators.

"These companies are sticking to stakeholder capitalism even in very difficult times," Schwab said, emphasizing the special contributions they are making. "Companies can provide resources, know-how and address specific needs which governments cannot fulfill," he said. "Governments are policymakers but resources are mainly with companies."

On the other hand, Schwab had harsh words for corporations that are prioritizing their shareholders and management over the public, calling it "irresponsible" to continue during the crisis share buyback programs and the paying of bonuses to management that are "too high."

Softbank Group in March has pledged 2 trillion yen ($18 billion) to buy back shares in the belief that its stock has been undervalued. But in the U.S., JPMorgan Chase, Bank of America and six other big banks said they will halt share repurchases through June 30.

While Schwab "welcomes" moves by governments to bail out certain companies, he insisted that they "have responsibility" to pay back such loans they receive as well as help society "by moving from shareholder capitalism to stakeholder capitalism."

Such a transition will be critical for their future success as trust will dominate the business landscape, Schwab believes. "We are looking at a new generation, young people who will become employees of companies and buy products and services of companies," he said. "The question for them is: Can we trust these companies?"

Thus, companies must show that they are "trustworthy" by demonstrating that they are not just out to maximize profit but that they "really care about people, staff, suppliers and customers," Schwab said. "The success of companies in the future is not quality of goods and services but will be on how much trust you have into the providing of services and goods."

The Business Roundtable, representing chief executives of major American companies, in August 2019 abandoned the shareholder primacy view with origins in Milton Friedman's argument that the goal of a for-profit business corporation should be to maximize shareholder value.

Some 181 of the chief executives committed to lead their companies for the benefit of all stakeholders, including customers, employees, suppliers, communities, and shareholders, as a response to a series of challenges, notably social inequalities, environmental degradation and the rise of populism.

In January 2020, the WEF set stakeholder capitalism as the main theme of its annual meeting in Davos, discussing it with nearly 3,000 global leaders, including 53 heads of state.

The WEF has, in fact, embraced the stakeholder concept since its first Davos meeting in 1971. And it argued in its Davos Manifesto in 1973 that management must also serve employees as well as societies, as a "trustee of the material universe for future generations" -- while Friedman in 1970 wrote that "the business of business is business."

And while some might think that stakeholder capitalism would result in reducing corporate profits, Schwab disagrees. "Companies are not here to make short-term profits," he said. "This is a mistake which many people have in their thinking. Companies are to provide a sustained long-term return of capital to shareholders. There is no conflict being shareholders and stakeholders because all stakeholders should be implicitly looking at long-term viability."

Long-term viability means "to create necessary reserves to survive future crises, because, in this interconnected global economy, we will have more crises of different nature in the future," Schwab said, adding companies that practice stakeholder principles are better equipped today to survive this pandemic crisis.