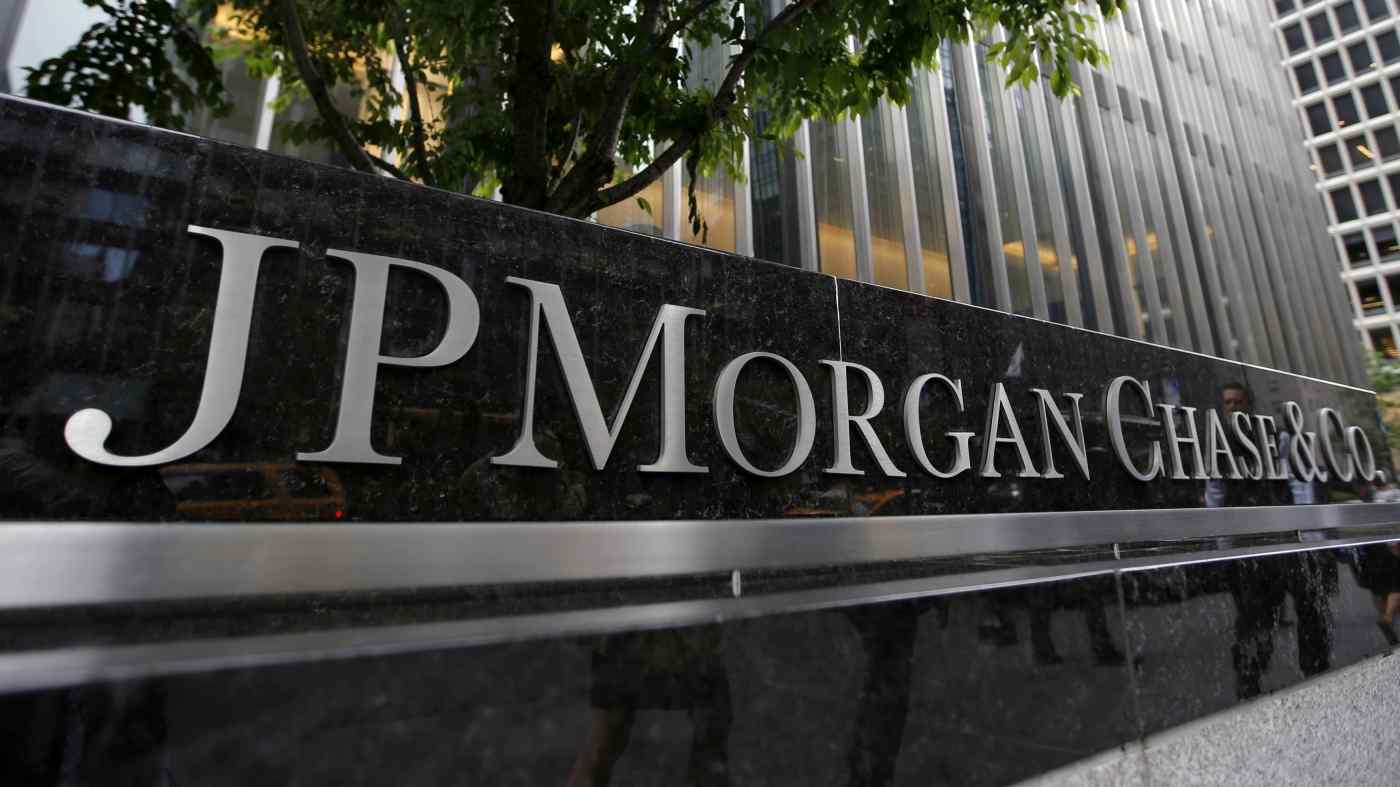 NEW YORK -- Faced with growing competition from tech companies like Apple and PayPal Holdings, JPMorgan Chase is spending an annual $12 billion on technology to gain an edge, and Asia is at the core of its innovation strategy.

In an interview with Nikkei, Global Chief Information Officer Lori Beer emphasized the region's role in the bank's tech plans.

"There's a lot of innovation, especially when you think about banking and consumer and expectations, in Asia overall. We watch the trends that are happening across Asia. Things are much more digital out of the box when you think about some of the core, even consumer banking services. There's a lot of things in the fintech ecosystem and in emerging tech ecosystem companies that we watch and track and monitor across Asia."

Asia is a major tech development hub for JPMorgan, housing the largest share of its engineers. The company has three Indian offices, as well as bases in Singapore and Hong Kong, and the region handles some development of its retail banking app.

"When we look at Asia, a lot of it is driven by the availability of talent. Incredible, incredible technology talent, the number of engineers that are coming out of that marketplace. We're seeing great gender diversity happening, too. When you look at the density of engineering talent in India, Singapore's a much smaller country, but great talent. Hong Kong, great talent. It really is about the talent across all the business areas. I can find great people that build those enterprise platforms that we talked about. I can find great people that really engage."

Making good use of this talent will be crucial as the bank faces competition from more directions. JPMorgan CEO Jamie Dimon has said: "I expect it to be very, very tough, brutal competition in the next 10 years."

Southeast Asia has been a breeding ground for "superapps," from companies like Grab, that offer financial services among their wide range of functions and are gaining traction as digital wallets. PayPal and Apple look to bring this model to the U.S., potentially putting them on a collision course with American banks.

"We are an organization of over 52,000 technologists, and that is growing. We'll likely see that grow both in 2021 as well as 2022. Just like everybody else, we've always been investing for the long term in technology."

The bank is spending $12 billion in 2021 on technology -- equivalent to about 10% of 2020's net revenue and up about a third from its 2015 tech budget -- with around half invested in innovation. It provides education and training programs for such nontechnical employees as bankers to facilitate scaling up implementation of new systems.

Artificial intelligence is a main area of focus. JPMorgan has implemented AI fraud detection that alerts compliance officers to signs of potential trouble. This system detects $150 million in problematic transactions per year, mainly in retail banking.

The bank also customizes its J.P. Morgan Markets portal for clients through AI, and used the technology for credit management during the COVID-19 crisis, according to Beer. "We also work with the head of equities around what are some next-generation products and capabilities to think about," she said. "One of the biggest benefits [of our AI platform] is to improve the productivity or make it as efficient, as effective as possible for a data scientist to be able to build a model, train a model, manage the life cycle of a model."

JPMorgan is using AI to more effectively leverage one of the bank's big advantages: its wealth of customer data.

Blockchain technology is another research and development priority. JPMorgan began seriously investing in the field about five years ago and has since launched JPM Coin, a shared-ledger system for transfers. The bank has reworked its international payments system around JPM Coin to enable corporate clients to move money around the clock.

The digital currency is connected to JPMorgan's Liink network, an interbank information-sharing platform for cross-border payments with more than 400 financial institutions on board, including 90 in Japan.

The proliferation of digital currencies in the private sector is spurring central banks to consider issuing their own. The U.S. Federal Reserve is expected to release a discussion paper on the topic soon.

"I don't see CBDC [central bank digital currency] as a competitor, per se. I think, again, if you think about multicurrency-type scenarios, ultimately central banks will look at their digital currency strategy, the underlying technology or an actual application. And when we talk about JPM Coin, too, it's focused on wholesale banking applications."

JPMorgan partnered with the Monetary Authority of Singapore and Singapore-based bank DBS on Project Ubin, an effort to build a multicurrency payments platform using blockchain technology that envisioned the possible inclusion of central bank digital currencies in the future.