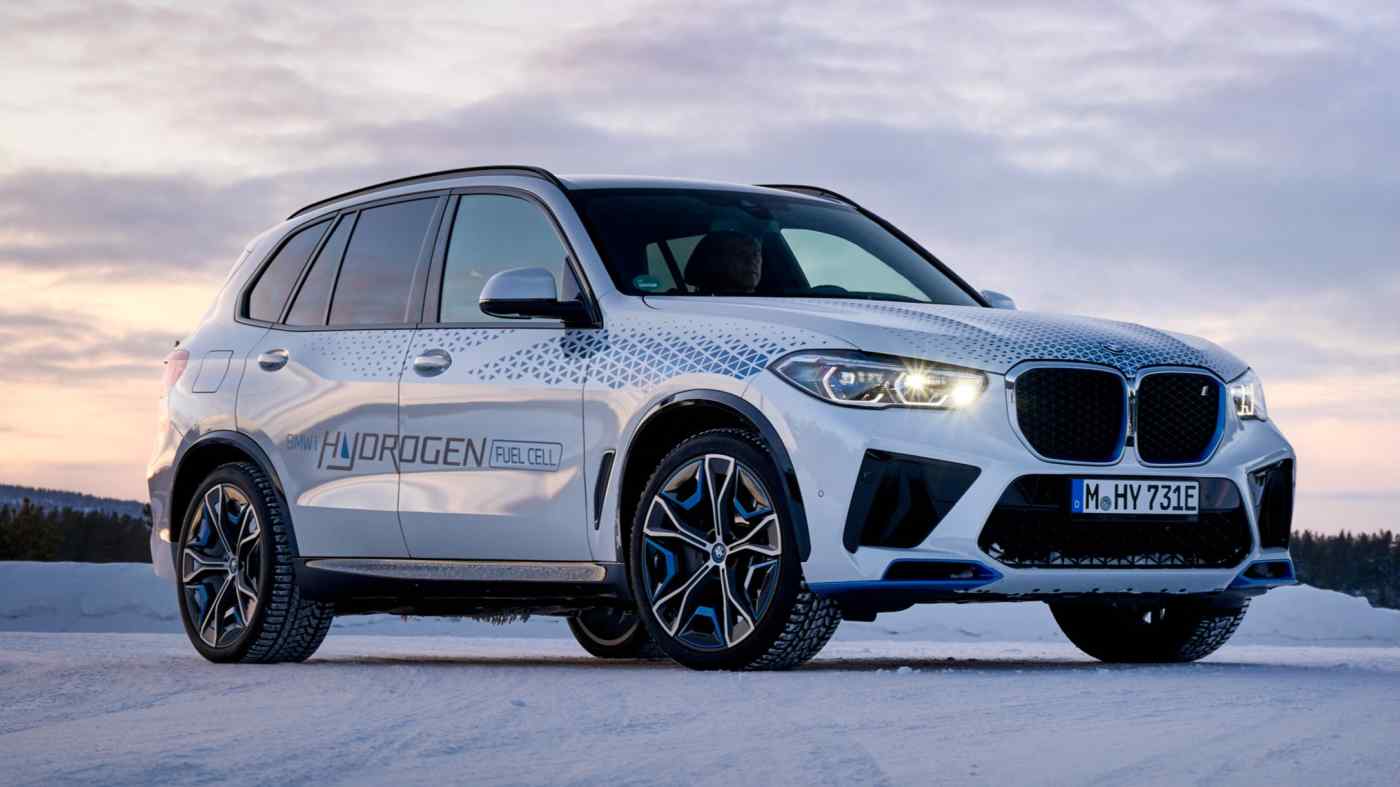 BMW unveiled the fuel cell iX5 Hydrogen concept car at the International Motor Show Germany in September 2021. Small-scale production of the sport utility vehicle will begin before the end of 2022, the company had previously announced.