Tweets 'not the best' for nuance, Pentagon spokesman Kirby says 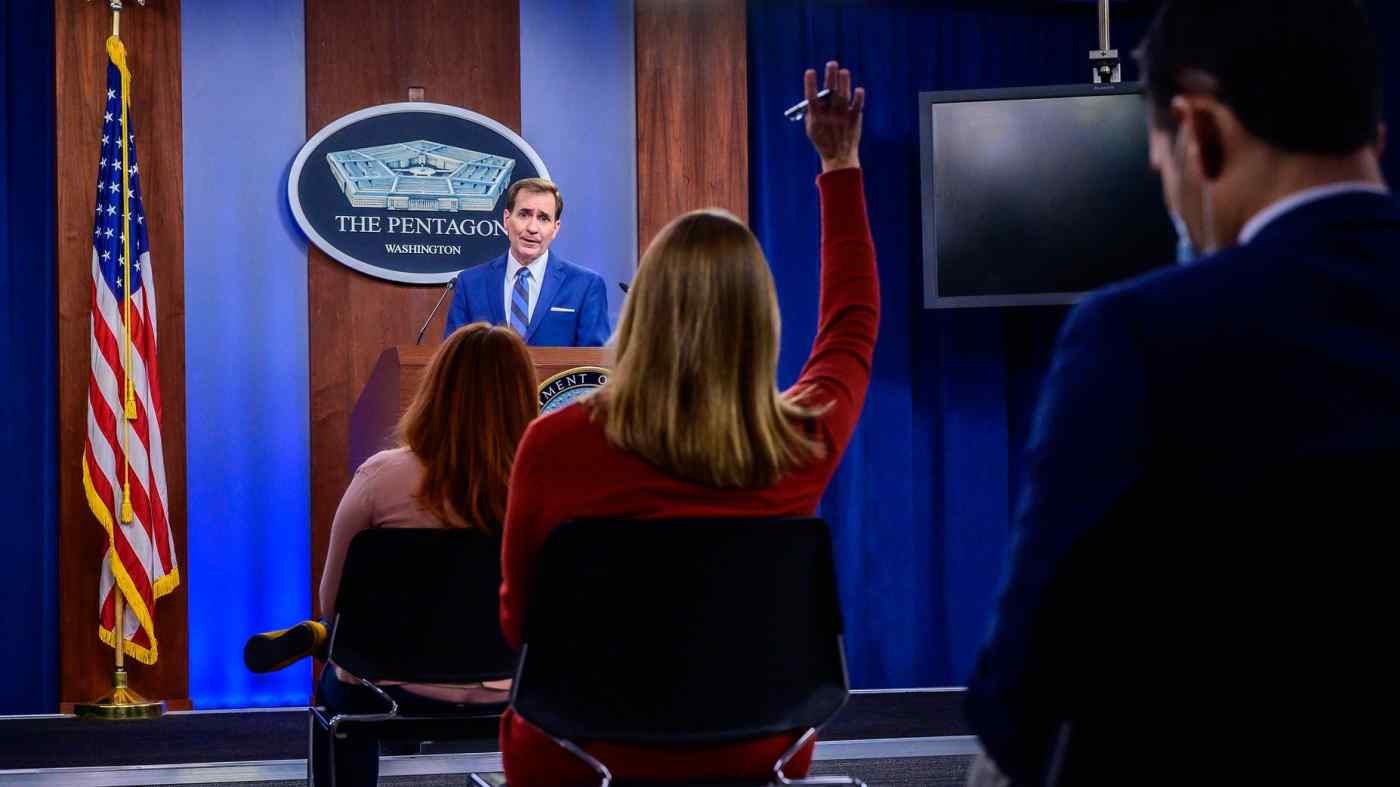 WASHINGTON -- U.S. President Joe Biden's nearly 100 days in office have ushered in the return of a more conventional relationship with the media, marked by regular briefings to convey foreign and defense policy rather than the impromptu tweets favored by his predecessor.

Media engagement is "an opportunity to make clear what our policies are, in the rest of the world," Pentagon press secretary John Kirby said in an interview with Nikkei and South Korea's Dong-A Ilbo newspaper ahead of the 100-day milestone this week.

Biden's administration has brought back regular briefings with spokespeople from the White House, the State Department and the Department of Defense. This contrasts sharply with predecessor Donald Trump, who decried mainstream media as "fake news" and preferred Twitter and direct engagement with reporters.

"We believe a free press isn't an adversary; rather, it's essential," Biden said in a foreign policy speech a couple weeks after his inauguration. "A free press is essential to the health of a democracy."

Kirby discussed the importance of this engagement for defense-policy ends. 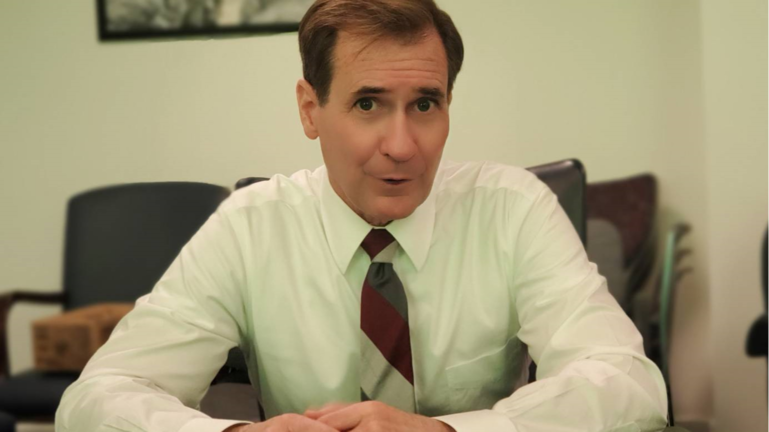 "Briefing every few days allows us to communicate publicly with our allies and our partners" about Washington's intentions, John Kirby said.

"Briefing every few days allows us to communicate publicly, with our allies and our partners, so that they and their people can understand what the U.S. Department of Defense is doing in pursuit of our national interests around the world, oftentimes in their region," he said.

This also applies to countries with more hostile relationships with Washington -- including China, Russia, North Korea and Iran -- as transparency can help avoid dangerous miscalculations, Kirby said. "We're mindful that when we get up and we talk about what we're doing and what we're not doing and why, that our adversaries are also listening."

But just getting the message out is not enough to avoid missteps. "Humility is important, that you don't come away from any public engagement believing that it's one and done and all miscalculation can be avoided," he added.

Even after a point is made, "it has to be reiterated, it has to be stressed again and again" and backed up by action, he said.

The then-president's tweet last October that "We should have the small remaining number of our BRAVE Men and Women serving in Afghanistan home by Christmas!" blindsided the National Security Council and Department of Defense, which avoided providing details when asked about the post.

And Trump baffled his own administration when he tweeted in March 2019 that he had ordered the withdrawal of "additional large scale Sanctions" on North Korea that he claimed had been announced by the Treasury Department that day. None had actually been issued on that date.

Many observers say this confusion frayed U.S. relationships with its allies. "We didn't know whose communications to believe," a European source said. The administration of U.S. President Joe Biden has brought back regular briefings by the White House, State Department and Department of Defense.   © Reuters

Kirby called Twitter a "terrific tool in the information space," but "not, perhaps, the best tool" for nuance and context.

Defense Secretary Lloyd Austin "believes that it's absolutely important that the decisions he's making, and the policies we're pursuing on behalf of the Biden-Harris administration, are being held up to public scrutiny," and sharing them through Twitter does not allow for meaningful "dialogue and discourse, even debate," Kirby said.

The Pentagon spokesman also noted the Biden government's emphasis on interagency coordination, saying that he is in daily and sometimes even hourly communication with representatives in other parts of the administration.

The Biden-Harris administration is "returning to a more structured policymaking process," and "I would say the same thing happens on the communications side," he said.

Asked about progress in rebuilding ties with partners in the Indo-Pacific region and elsewhere, Kirby pointed out that Austin and Secretary of State Antony Blinken had visited allies Japan and South Korea on their first overseas trips, and that Austin had gone on to travel to "key strategic partner" India.

"It's not just rhetoric. We're walking that walk," he said.

Allies and partners have capabilities and knowledge that the U.S. lacks, and "it would be imprudent and irresponsible for our own national security, let alone those of our partners, if we ignored those experiences and ignored that expertise," he added.

Mending fences will not be an easy task. A Pew Research Center poll last summer found that 41% of respondents in Japan had a favorable view of the U.S. -- down 31 percentage points from 2016, toward the end of then-President Barack Obama's administration -- with similarly diminished standing in Australia and Germany.

"It's too soon to judge" the Biden administration's efforts to turn this sentiment around, a Japanese government insider said.