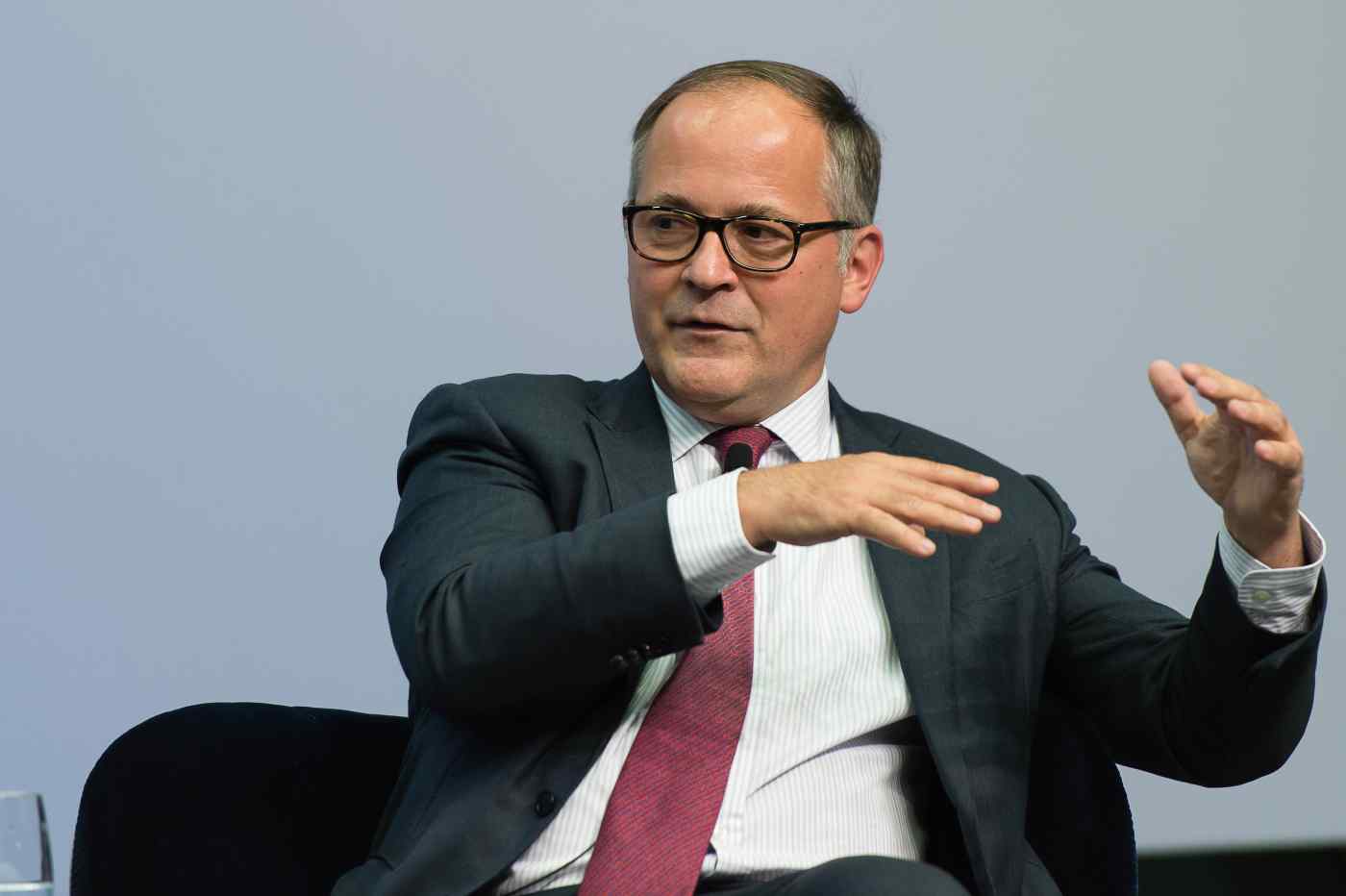 BERLIN -- Fifty years after the historic decision to suspend the dollar's convertibility to gold, unilaterally changing the global monetary system, digital currencies are about to revolutionize global finance all over again. Benoit Coeure, director of the Innovation Hub at the Bank for International Settlements (BIS), said in an online interview with Nikkei that the involvement of central banks in the digital economy will be essential because of the risk of disruption if digital payments are left to the private sector alone. "Central bank money," Coeure said, "has to be at the core of the system."

Coeure, who is leading a BIS study of central bank digital currencies (CBDCs), also believes the dollar will not lose its dominance in the near future, despite the rise of virtual currencies.

Q: Why do we need CBDCs? We already have Visa, Apple Pay and Libra, which calls itself a borderless currency.

A: Indeed, there are many private solutions, which is good, because innovation has to start with the private sector. Technological innovation happens more naturally in the private sector because of competition. Commercial players are for profit. And they will always want to build their own ecosystem to reinforce that value and to build market power. That's the way capitalism works.

That said, you can't let money be entirely in the private sector's hands, because the result may well be a series of "walled gardens" ... led by big tech companies. And this will be a system which will be fragmented and where a central bank will not be able to deliver price stability and financial stability. So that's why we believe that central bank money has to be at the core of the system. It is the case today and it has to remain so in a world that is going digital.

Q: You called Libra a "wake-up call" for central banks. Could you tell us what you mean by that?

A: Until the Libra project was launched, central banks were looking at digital currencies with some distance, even looking down at them as something limited in size and not relevant for monetary policy and financial stability. They saw bitcoin as something that was to be dealt with by financial market supervisors, conduct and money-laundering authorities. But not a monetary issue because it was too small.

Then all of a sudden, we have this project with the potential to scale up to hundreds of millions of users. Central banks were faced with the perspective of having parts of the monetary system becoming private and being cut out from traditional payment structures, and felt that this was a risk that they didn't have to take.

A number of central banks started to think seriously about CBDCs because they realized they had to be able to provide digital money as part of that system. They knew that it would take a number of years because these are very complex projects, but they had to start thinking about it and experimenting.

Q: Do you see China, issuing a digital renminbi in 2022, as a partner, a competitor or a threat?

A: China is an important member of the BIS. As a matter of fact, one of the BIS Innovation Hub CBDC projects is joint with China, the mCBDC Bridge project. And we have very close working relationships with the People's Bank of China. There is a lot to learn from the country's experience with CBDC because [China] started this journey before others, and at our developmental stage, there is a lot to learn from their experiments.

All countries are different. CBDC is about issuing sovereign money. And the design of CBDC will be shaped by public policy considerations which will differ across countries. One obvious example is privacy. Which kind of information about customer transactions will be available to the authorities? And here other countries don't have to do it like China. There will be different answers in different countries.

Q: China is a top leader. That means its CBDC could be a de facto standard, a model for other central banks to consider when introducing their own digital currencies.

A: China is experimenting for themselves. The Chinese model is fit for China but not necessarily for other countries because some of the public policy choices, including around privacy and access to data, will be different across countries. China has indicated its willingness to work with others on this, including in the context of the Innovation Hub, as I mentioned earlier. It's mainly a domestically focused project as they have said publicly. And it's also a way for the Chinese authorities to assert their control over their payment system, payment data and big tech companies.

Q: How will digital currencies change the international currency order? Is there any chance for the euro to become a key currency?

A: I would see two separate questions here. One is, what is the prospect of a given currency becoming an international currency? The euro is already an international currency, the second most important one. So the question is, how much can it catch up to the U.S. dollar? And that really depends on the economic strength of Europe. When I was at the ECB, I argued many times that it was also related to the depth of capital markets in Europe and that without a proper capital markets union and without a single market for sovereign debt the international role of the euro will remain limited.

Now coming to CBDC, there is a risk of disruption, in case private solutions become dominant, as we discussed earlier about private payment solutions. That is, if you have a payment solution that is built on a private network with millions, or hundreds of millions, of users, then you run the risk of creating what Markus Brunnermeier, who is a professor at Princeton, has called a "digital currency area." Instead of having a currency area based on political borders, you will have a currency area based on usage of a private network that would cut across political borders. And that would raise huge concerns in terms of sovereignty, ability to do monetary policy, control money laundering, and so on.

And that in itself is a good reason to start a CBDC. In each country, the right to issue money is granted to the central bank by citizens through the parliament. That's why you want monetary borders to coincide with political borders: because of democratic legitimacy. So that's another reason why CBDC is important.

Now, is that going to change the landscape, in terms of the competition between currencies? I'm not sure because, in the end, it will always go back to the underlying economic strength and stability of a given country. And the question will always be: Is your currency well-managed? Do you have a performing economy, do you have good monetary policies? Technology takes second order to these more structural issues.

There is one important risk for smaller advanced and open economies, which is the risk of currency substitution. If one country's currency is not so credible and the economy is unstable, then citizens might switch to digital currencies instead of using their own currency. It's what normally is referred to as dollarization or euroization. It's not likely to happen in Japan, the eurozone, the U.S. or other large economies, but it's a concern for smaller, open economies. The IMF is looking into it as well.

Q: You studied the classic Japanese novel "Heike Monogatari (The Tale of the Heike)" in university. The story's most important theme is that everything must inevitably decay and die. Now the U.S. dollar is the world's most powerful currency. Do you think it will still be the key currency decades from now?

A: Indeed, in this world nothing is forever and even dominant currencies will end as dust in the wind, but this might take a lot of time! We've seen in monetary history that there are long cycles. And it usually takes more time than expected. As you know, in the first half of the 20th century the international status of the pound sterling, for instance, survived the status of the U.K. as the leading economic and commercial power. We use a currency because others use it. Economists call these "network effects," and they are very difficult to displace. And for that reason, the euro hasn't replaced the U.S. dollar as the dominant international currency. I expect the dominance of the U.S. dollar to stay in the near future and I don't expect digital currencies to change it.

In my view, given relative economic sizes, the only currency that may challenge the U.S. dollar's dominance one day is the Chinese currency. But that would imply a fully open capital account. Chinese authorities have recently given priority to internal stability over financial openness. For that reason, I don't see it happening either in the near future.