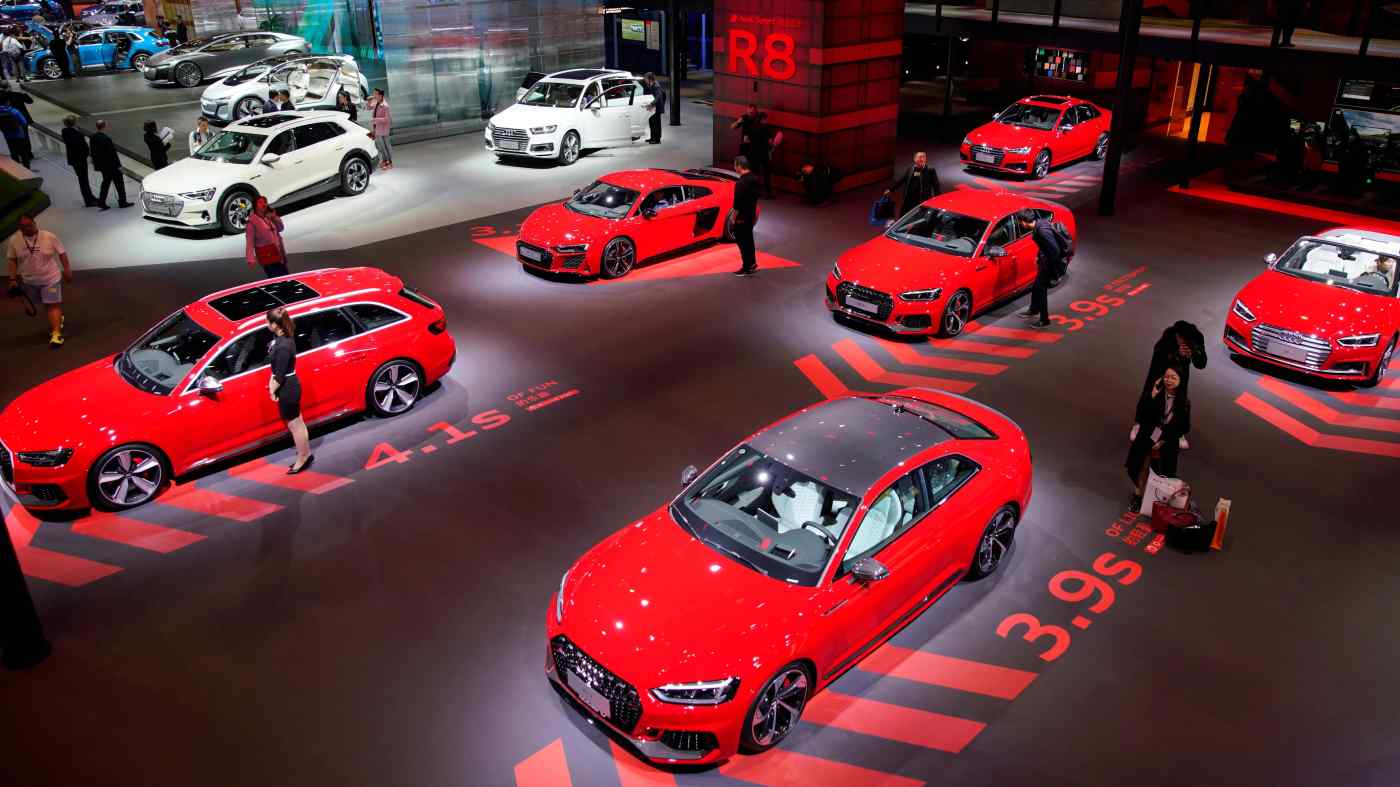 Audi cars at the Shanghai auto show in April: The German luxury car maker increased sales in China by 2% on the year in the first eight months of 2019, bucking a slowdown in the Chinese market.   © Reuters
KOSEI FUKAO, Nikkei staff writerSeptember 20, 2019 18:51 JST | China
CopyCopied

"For [China's] premium market, I am slightly optimistic," said Schot, who sits on the board of Audi parent Volkswagen and is responsible for VW group's sales and marketing. "Probably for the short-term, it could be stable or [show] a little bit of growth."

Despite an overall slowdown in China, where auto sales have fallen for 14 straight months to the end of August, Audi managed an 11% sales increase last year to 660,000 cars, led by demand for its popular sport utility vehicles. The German carmaker has also managed a 2% gain in the first eight months of this year.

"You have to look at the long-term," said Schot, attempting to dispell a degree of skepticism surrounding Audi, which depends on China, the world's biggest car market, for a third of its sales. "I'm not a guy who gets confused about what happens short-term."

Schot said he was unfazed by the recent fall in sales of new energy vehicles, including electric cars, in China, adding that this sector still has "massive market potential" for Audi. But with demand softening in the U.S., Schot said 2020 would be a very tough year. "The market will be more or less stable, a little bit down," he said.

In Europe, lower expectations for truck and bus sales added to the gloomy picture. "Those guys are the early warners for something that will happen in the economy," Schot said.

With sales growth unlikely, Schot expressed concern that automakers could be forced to cut prices as they fought for a smaller share of the pie.

"We are already far beyond 50% of these" cost-cutting targets, Schot said.

The company has also raised production and sales efficiency by reducing the number of engine and transmission combinations by 30%, among other steps.

Schot said he is still confident Audi can lift its operating profit margin close to its long-term target of 9% to 11% this year.

Audi plans to have electric cars and plug-in hybrids comprise 40% of its unit sales by 2025, and will roll out four new EV models in 2020.

Amid the push for electrification, Audi will replace its flagship TT compact sports car with an electric model within a few years. The new EV will be around the same size as the TT, but have a different name, Schot revealed.

The company plans to invest about 14 billion euros in emerging technologies by 2023, including electrification and autonomous driving.