China's growth to be below 6% next year, economist says 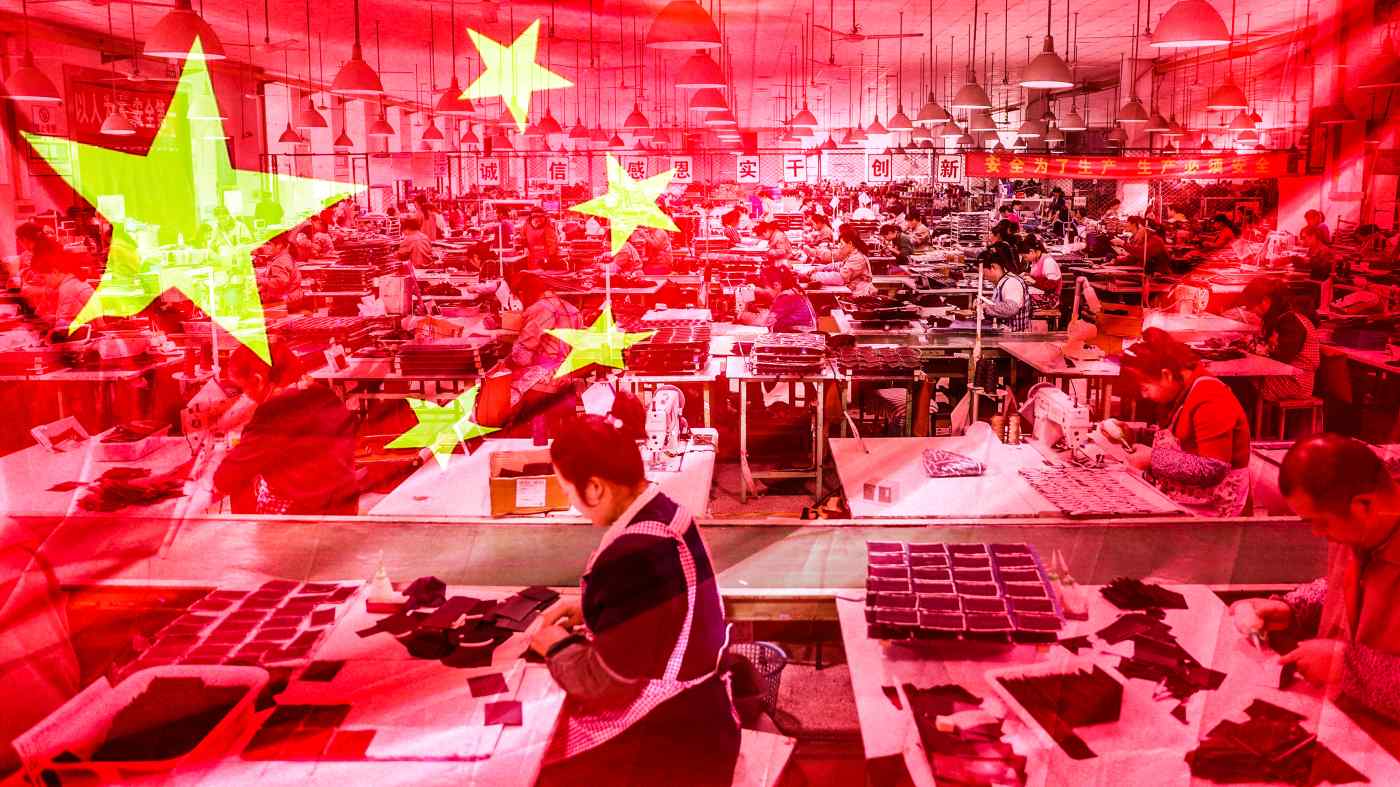 BEIJING -- A spate of weak economic data in China has some experts wondering about its long-term prospects.

Growth in the world's second-largest economy slowed to an inflation-adjusted 6% in the July-September quarter. Statistics regarding industrial production, fixed-asset investment and consumption for October, confirmed the slowdown on Nov. 14.

Two prominent Chinese economists spoke to Nikkei about the outlook for China's economy next year, and what the government is likely to do to revive it. One said growth in gross domestic product will likely fall below the key 6% mark.

Xiang Songzuo, a professor at Beijing's Renmin University, made a splash in December 2018 when he said that internal research by an important organ put China's growth that year as low as 1.67%. Although many observers question the credibility of the government's economic data, few have been as blunt as Xiang.

"The numbers don't add up," Xiang said of the latest July-September numbers, expressing the view that the economy may be even worse off than the official data suggests.

Xiang said he agrees with Premier Li Keqiang on the reasons for China's slump: a "complicated and harsh" international situation, a slowdown in the global economy, prolonged trade friction, rising downward pressure on the economy, unprofitable manufacturers and weakening domestic demand.

"The bigger problem," he said, "is the lack of confidence among entrepreneurs. Voices advocating the abolition of private ownership have been heard since last year, leaving many entrepreneurs uneasy. Private entrepreneurs are feeling that they are not playing on a level playing field with state-owned companies, which have privileges, in terms of laws and systems," he said.

As for Xiang's outlook for the Chinese economy in 2020, he voiced doubt that it would recover, saying, "It shows no sign of bouncing back. The global economy is also slowing."

He said growth may slide below 6%. "Even figures released by the government will show a growth rate of between 5% and 6%. [Downward] pressure on the economy is unlikely to ease in the short term."

Zhang Bin, a researcher at the Chinese Academy of Social Sciences, had a similarly downbeat view.

Unlike Xiang, who disputes official statistics and is treated as a heretic, Zhang works at a government-affiliated think tank and is expected to become a leading mainstream economist. But he was also gloomy: "I think the 6% [July to September] growth rate is lower than the potential growth rate. That is because consumer prices remain mired in the doldrums, with the exception of food, and the wholesale price index is also in negative territory. Business confidence among manufacturers is also low, and the property industry is slumping," Zhang said.

Regarding China's growth target for next year, Zhang said: "A reasonable target would be around 6.2%, but it will not be achieved without measures to shore up the economy."

"A more aggressive fiscal policy will be needed," Zhang said. "Growth in infrastructure investment should be enhanced to reasonable levels, including by expanding the use of bonds. Monetary policy is neutral. It will be adjusted if the economy changes, but the adjustments will be small."

Zhang is keeping a close eye on the impact of the U.S.-China trade war. "It is not difficult [for China] to purchase [more] U.S. goods and services. But it is difficult to reach a full agreement on structural issues in the short term, as they are related to many political issues," he said, adding that the two countries "have no choice but to agree where they can, and then implement deals in phases. What is important is not to deepen the issue further."

He expressed the view that the U.S.-China trade war is a chance for both sides to carry out long-term structural reforms. "The structural issues caused by the negative effects of policies must be resolved. The U.S.-China friction is a good opportunity to do so. Reforms will bring benefits to China, the U.S. and the world over the long term," Zhang said.