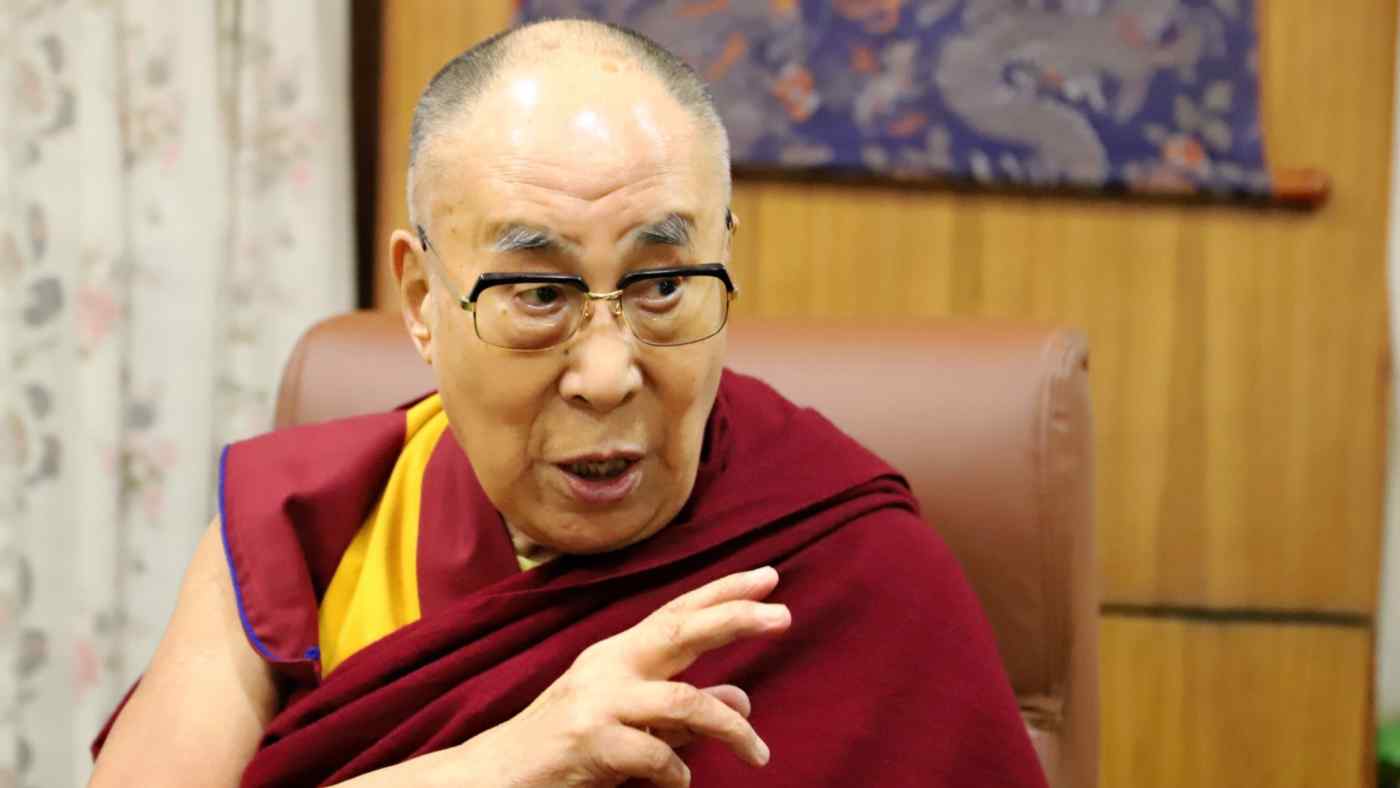 DHARAMSHALA, India -- The 14th Dalai Lama on Monday said a committee of high priests are deliberating over the selection of his successor. The spiritual leader of the Tibetan people also hinted at terminating the traditional practice of finding an infant reincarnation of the Dalai Lama.

In an interview with Nikkei and other news organizations, the 83-year-old said his successor will be "a high lama or high scholar," or a person "around 20 years old."

At least 130,000 Tibetans live in exile, including 85,000 in India. Most of the world's 6 million Tibetans live in the autonomous Tibetan region of western China and regard the Dalai Lama as their spiritual leader.

Though the Dalai Lama did not spell out his intentions, the plan he described is seen as a strategy to keep China from interfering in Tibetan affairs by nominating an infant successor favorable to China.

He also revealed that he once had prostate cancer but is now "completely cured," thanks to radiation therapy he underwent in 2016 in the U.S. He brushed off reports that he is suffering from terminal cancer.

The Dalai Lama has been living in exile, in India, since 1959, after an uprising failed and China abolished the Tibetan government.

Since 1974, he has demanded that Beijing grant Tibet a high degree of autonomy, a shift from the previous demand for independence.

Beijing regards the Dalai Lama as a separatist who still seeks independence.

At the onset of the interview, the Dalai Lama said high priests representing the "people" are deliberating the selection of his successor. "Whether the institution of [the] Dalai Lama should continue or not, it is up to [the] Tibetan people," he said.

The high priests' committee will meet as early as Nov. 29, for the first time since 2011, to discuss a method of succession under which "one elder, truly popular and respected, can be chosen as Dalai Lama."

"I think sooner or later, we should start that kind of practice," he said of naming a new Dalai Lama who is around the age of 20, if a high priest or scholar is not selected. As for infant reincarnation, he said, "eventually [that] becomes [a] disgrace." 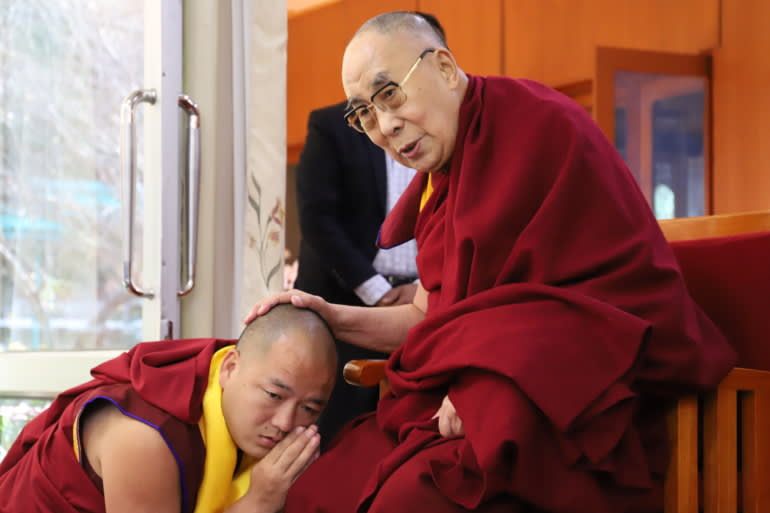 Dalai Lama meets people who visited his residence in the northern Indian city of Dharamshala on Nov. 5. (Photo by Yuji Kuronuma)

China has grown wary about who might succeed the Dalai Lama. Rumor has it that Chinese authorities seek to name a successor on their own, someone who is loyal to Beijing.

In regard to China, he said, "Tibet is historically independent but today it is [of] mutual interest [to have] Tibet in the Republic of China ... as [Tibet] was [a] poor country." He added that he will continue to demand that China preserve the "Tibetan language, culture and environment."

Referring to talks with China on Tibet's demand for a high degree of autonomy, the Dalai Lama said, "Since we don't seek independence, I don't think [political dialogue] is highly necessary."

The talks have been suspended since 2010.

But he showed a forward-looking stance. "I think eventually [the] dialogue will [re-]start," he said.

The Dalai Lama also discussed his thoughts on Myanmar's Rohingya Muslims, who are being persecuted in the Buddhist-majority country. He touched on the famine in Yemen, the Middle East's poorest country, which has been under bombardment by Saudi Arabia, a Sunni-majority country.

"You see in Yemen -- the people, particularly children -- there is starvation. And Syria, very sad, very sad. In this case, the worst thing is that [the conflicts are] in the name of religion. Shia and Sunni -- unthinkable," he said.

The Nobel laureate revealed that through talks and letters over the past year he has urged Aung San Suu Kyi, Myanmar's de facto leader and another winner of the peace prize, to settle the Rohingya problem.

He said Suu Kyi "clearly mentioned that there are internal problems." Hence, he is not able to advise her. "I cannot do anything," he said.