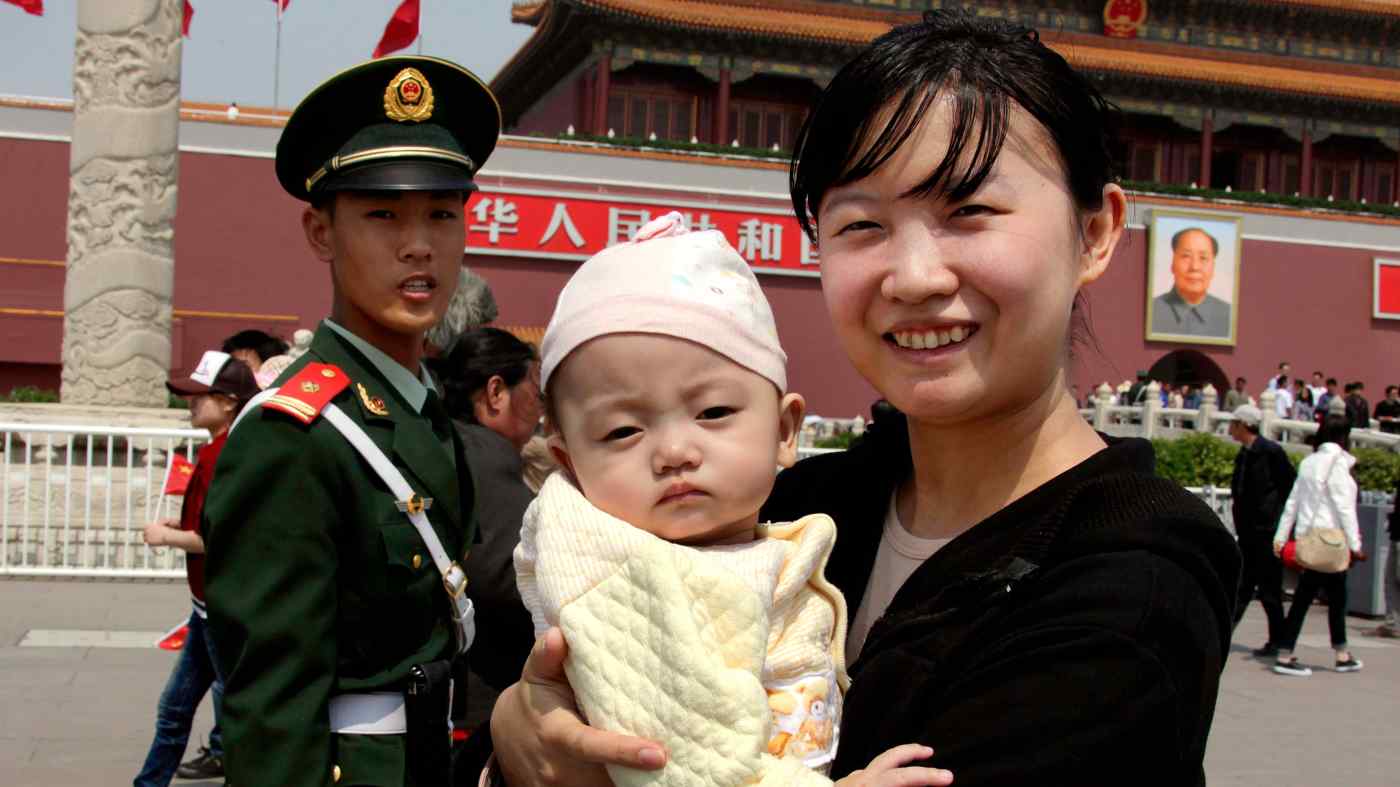 A Chinese woman and her baby in Tiananmen Square. China's natural growth rate sank to another low of just 0.034% in 2021, according to the National Bureau of Statistics.   © Reuters
RURIKA IMAHASHI, Nikkei staff writerJune 4, 2022 18:45 JST | China
CopyCopied

TOKYO -- The crisis of population decline looms large even in China with its 1.4 billion people -- and the reality could be harsher than the official data, a China expert warns.