Despite its limits, human rights diplomacy should be pursued TOKYO/WASHINGTON/JAKARTA -- As U.S. President Joe Biden tries to focus on restoring America's foreign prestige, human rights diplomacy is attracting attention. But there conflict exists between what much of humanity stands up for and what some governments call interference in their internal affairs.

In March during high-level U.S.-China talks in Alaska, Yang Jiechi, a Politburo member and China's most senior foreign policy official, responded to a U.S. accusation of human rights abuses by saying, "China has the Chinese-style democracy."

The global order is in flux. The U.S., with its political and societal divisions as well as myriad domestic woes, no longer projects the global strength it once did. China, meanwhile, has maintained solid economic growth even amid the COVID-19 crisis.

One may wonder if it makes sense to listen more to what China has to say.

Yuji Miyamoto, who once served as Japan's ambassador to China, told Nikkei that human rights diplomacy often results in a double standard, and people have to be aware that human rights diplomacy has its limits. He says Japan's stance is still to clearly "express our values but be cautious in taking action." He also said each country should seek the best balance in regard to its own interests.

Eileen Donahoe, a former ambassador to the U.N. Human Rights Council, argues that this is a pivotal moment in history. China is growing more powerful, is asserting itself more forcefully and is showing a Chinese model of digital authoritarianism.

Dewi Fortuna Anwar, a former deputy secretary to the vice president of Indonesia, says the effectiveness of economic sanctions has always been questionable and that these penalties tend to hurt ordinary people more than the rulers of target countries. Yuji Miyamoto once served as the director of the China Division of Japan's Ministry of Foreign Affairs. He has also been Japan's ambassador to Myanmar and China.

Q: What do you think human rights diplomacy should be like?

The Organization for Security and Cooperation in Europe, established in 1975, calls for "peaceful settlement of disputes" as well as "respect for human rights and fundamental freedoms." These principles are spelled out in the Helsinki Accords. So there has been a consensus within Europe that the protection of human rights is a matter above internal affairs.

The problem is that human rights diplomacy often results in a double standard. When I was the ambassador to Myanmar, the international community imposed sanctions on its military government. But was Saudi Arabia's or China's treatment of political dissenters better than Myanmar's? The answer was no. There was a lack of consistency in terms of respecting human rights. You have to adopt the same stance in protecting any human rights in any region. This should be the mission of human rights diplomacy.

Q: How should each country act?

Miyamoto: In the case of Japan, we have to remember that we owe a debt from the past to other Asian countries. It's right to criticize them for their human rights situations if there is repression, but when it comes to imposing sanctions, they will say, "Hey, Japan committed such and such to us in the past."

If Japan imposes the same level of sanctions as Europe and the U.S., we would face 10 times [the amount of] vehement protests compared to what Europeans and Americans may face. So in diplomacy, you have to be aware of that. The European Union imposes sanctions as the EU, not as each country. Since it's not Germany that is imposing them, [target countries] do not retaliate against Germany. Each of the countries is acting on its own view.

I was appointed director of the Foreign Ministry's China and Mongolia Division in the year following the Tiananmen Square incident. The ministry's policy at the time was to "express our values clearly but be cautious in taking action." To this day, I believe this approach is right.

In the case of the oppression of the Uyghurs, the only way for us would be to weigh between facing deteriorated relations with China for participating in sanctions and causing displeasure from the U.S. for not participating to seek the best balance for Japan's interests.

Q: Why are human rights important in diplomacy? 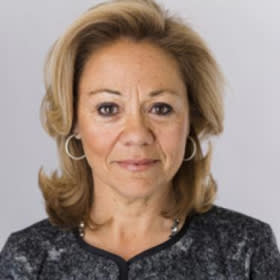 Eileen Donahoe, U.S. ambassador to the U.N. Human Rights Council under Obama, says democracies are at "a really pivotal moment in history."

Donahoe: International diplomacy is about the dynamics between countries, but it should never be only about power dynamics. It also has to be about our values. The reason human rights are valuable is because the international human rights legal framework is, essentially, the normative pillar of the post-World War II international order. It is the shared values of the international community, that were articulated at a very important moment in time.

I believe that every democratic country, every country that wants to live up to its human rights commitments, has to recognize this is a moment where the world is going to go one way or the other. Either we find a way to take our international human rights commitments from the founding of the U.N. and the post-World War II international order, and bring those values into a 21st-century digital society, so that a democratic human rights-based governance model is still the preferred model, the dominant model, the model that most governments aspire to -- either that happens, or, the Chinese model, of digital authoritarianism, will spread even more.

China is a growing power, and it's asserting itself more forcefully as well as globally. They are serving as a role model to say, "Listen, digital technology can help you keep control over your population, and stability, and if you follow our leader, you won't have to be listening to the minority voices in your own countries, and you can hold onto power for longer." China is an influence globally that is in the negative direction when it comes to international human rights commitments.

This is a really pivotal moment in history, for democracies and for countries that do want to protect human rights. I believe that we are in this global battle over the dominant governance model for a 21st-century digital society. We all know technologies can be used as tools or weapons, do good or cause harm. And I feel like the China model is basically saying, "Technology can be used to keep citizens in control, make sure they don't speak about issues you don't want them to speak about, to make sure that the government is able to monitor everything citizens do, and therefore we have leverage over those citizens and we can intimidate them into behaving the way we want them to behave."

Q: The U.S. is criticized for its double standard when it comes to human rights.

Donahoe: The U.S. administration has not been so tough on Saudi Arabia on human rights. Unfortunately, that's just reality. There isn't a mathematical equation. The murder of the journalist from The Washington Post, [Jamal] Khashoggi, was such an extreme case of outrageous violation of human rights that it absolutely did warrant a much stronger response from the United States.

I think you can be a pragmatist at the same time you are an advocate for human rights. And I would say, in the long run, being a champion of human rights values will pragmatically lead you to more security and better outcomes in the world. I think that there are many cases in the short term where if you only focus on the human rights considerations and you don't consider other strategic consequences, there will be negative outcomes for your pragmatic considerations

And I will say one of the larger messages coming out of the Biden administration with respect to its foreign policy approach is that the United States, certainly in the last administration, got that balance wrong, that we had gone backward in terms of our leadership globally.

Q: What kind of concern is there when we pursue human rights diplomacy? "There are no easy solutions to the human rights problems in South East Asia," Dewi Fortuna Anwar says.

Fortuna: Human rights are increasingly accepted as a universal value, and the international community cannot and should not turn a blind eye toward gross violations of human rights. Nevertheless, there are justified charges that countries fond of using human rights as a diplomatic tool tend to practice double standards and are selective in their targets, largely silent when human rights abuses are committed by allies and friends.

Noninterference in the domestic affairs of sovereign states is a key principle of both the U.N. charter and the ASEAN charter [and] that needs to be respected. [In addition], unilateral external interventions to carry out regime change under the pretext of protecting human rights cannot be accepted.

At the same time, the principle of nonintervention in domestic affairs should not be used to protect repressive regimes, and in cases of gross abuses of human rights, the international community now has the doctrine of the Responsibility to Protect.

The effectiveness of human rights diplomacy, particularly one that focuses on imposing economic sanctions, has always been questionable. Authoritarian regimes that carry out human rights abuses clearly have little concern for the welfare of their subjects, and economic sanctions often only exacerbate the sufferings of the common people while the elites can often escape sanctions by engaging in illicit economic activities.

The rise in the number of powerful authoritarian states also provides alternative sources of economic, political and security support to problem countries, which weaken the effectiveness of human rights diplomacy. Similar to the Cold War situation, the current geopolitical rivalry between the U.S. and China can make a concerted international effort to deal with human rights abuses difficult to achieve.

International relations have mostly been asymmetrical in nature, with major powers being less vulnerable to external pressures than smaller powers. Imposing economic sanctions on countries that violate international principles and laws, including human rights, are often double-edged swords and tend to hurt the ordinary people more than the elites of the target countries.

International sanctions can be effective if fully endorsed by the U.N. Security Council and supported by the majority of major powers, which is unlikely to happen if the culprit is one of the P5 countries. Concerns about losing economic benefits and political security support from important countries have undermined human rights protection in the past and will likely continue to be the case now and in the future. More selective and targeted sanctions focusing on certain sectors of the government, such as the military, may have some limited impact.