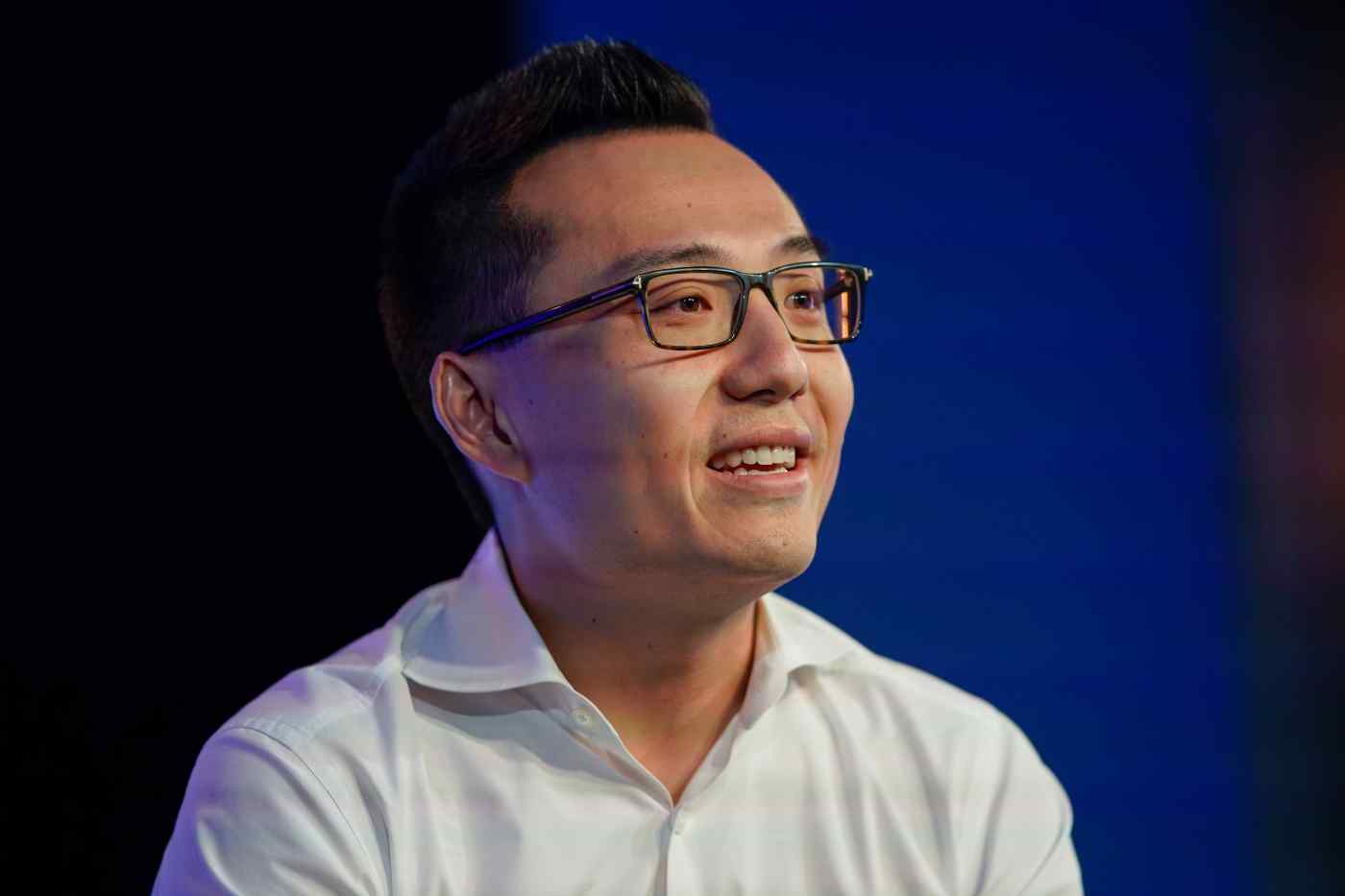 Born prematurely in Nanjing, China, his parents decided to name him "Xun", meaning "speedy" in Chinese not only because he was born so early but also because his delivery took just a few minutes.

He did not keep that name for long, though. After moving to the U.S. with his parents in 1989, Xu soon found his name was too difficult for his American friends to pronounce. So he decided to rename himself Tony, after Tony Danza, star of the classic sitcom "Who's the Boss," which Xu watched after school every day to learn English.

While Xun is no longer his legal name, Xu has not lost his penchant for moving fast. The 36-year-old CEO took DoorDash public in December just seven years after he founded the company while studying at Stanford University. It was one of the largest IPOs of 2020.

DoorDash started out as PaltoAltoDelivery.com in 2013 with only eight restaurants on the site and three delivery staff: Xu, and his two co-founders, Andy Fang and Stanley Tang. Now DoorDash has over 390,000 merchants on its platform, more than 18 million customers, and over 1 million Dashers, as its delivery personnel are called, according to a company filing.

Blazing growth has been DoorDash's hallmark. The company held just 17% of the U.S. food delivery market in January 2018, well behind its main competitors Uber Eats and Grubhub. Two years later, it now accounts for 50% of the market, well ahead of Uber Eats's 26% and Grubhub's 16%.

"DoorDash is here really thanks to my mom. You see, she had it all figured out in 1984 when I was a premature baby," Xu said during an interview with Nikkei Asia, referring jokingly to his mother's decision to name him Xun.

Xu has more than his name to thank his mother for. His interest in the food business began at the Chinese restaurant in Champaign, Illinois, where she worked as a server.

Like many immigrant families coming to the U.S., Xu's family did not have much when they first arrived. His mother was a doctor in China but the U.S. did not recognize her Chinese medical license. She worked three jobs, including the restaurant one, for 12 years before saving enough money to return to medical school.

A big Mario Bros. fan, Xu washed dishes at the restaurant alongside his mother to save up for a Nintendo. He not only got his video game console, but also firsthand experience of the struggles of mom and pop restaurants, something he says drove him to start DoorDash as a technology platform to help small businesses connect with consumers more easily.

"Helping brick-and-mortar businesses compete, succeed and flourish in these rapidly changing times is the core problem we are trying to solve," Xu said in DoorDash's IPO filing.

After graduating from the University of California, Berkeley with a degree in industrial engineering, Xu worked for McKinsey and eBay with a dream of eventually becoming a cancer researcher. The idea of becoming an entrepreneur did not come to him until he met his two cofounders at Startup Garage, a project-based course at Stanford. They came up with the idea of a food delivery service for the class project after talking to a small but popular macaroon shop owner who said she had no way to satisfy customers who wanted the cookies delivered to their offices.

In the first two years of DoorDash, Xu delivered meals every day in his 2001 Honda Accord, a car he continued to drive until last year.

But the company soon grew beyond the range that Xu's Honda could cover. After receiving a $535 million investment in 2018 from SoftBank's Vision Fund, Singaporean sovereign wealth fund GIC, and Silicon Valley venture fund Sequoia Capital, DoorDash expanded to more cities in the U.S. and launched services in Canada and Australia.

The coronavirus pandemic did not slow DoorDash's growth. On the contrary, the company scaled up even faster in 2020, outstripping its competitors. During the September quarter, for example, DoorDash's revenue jumped more than 250% year over year, while those for Uber Eats grew 125% and Grubhub 52%, respectively.

"This trend of DoorDash being the share gainer and growing faster than anyone else was well-established pre-pandemic," said Tom White, senior research analyst at D.A. Davidson. "And the pandemic just supercharged that already-existing trend."

DoorDash has been able to grow faster than its competition thanks to its ability to identify underpenetrated markets, such as suburban areas in the U.S., and build its brand before rivals, said emerging tech analyst Asad Hussain at PitchBook, a capital-markets intelligence service.

While there are plenty of market opportunities in other regions, Xu said his company is prioritizing the U.S., Canada, and Australia before expanding elsewhere. "To me, this is a business where we want to go few and deep before we spread our wings everywhere," he said.

Rapid growth has not come without a price. An early employee of DoorDash described Xu's working hours as long, and his leadership style as "ruthless" with a "really, really high standard" for employees, according to a Financial Times report.

"I have high standards because I think that people can achieve a lot more than they probably think they can on their own," Xu told Nikkei.

"I have always been having a very high standard and high energy for trying to achieve standards. I give a lot of this credit to my parents, because they never really put any limits on what I could do," he added.

Now living in San Francisco with his wife and two children, Xu said he would like his kids to have a childhood like his: free to explore whatever their dreams are.

"My mom, in many ways, lived a deferred American dream. For 12 years, she had worked three jobs a day and deferred what she really wanted to do," Xu said. "Because of her sacrifice, I did not have to defer my dream."