Korean Peninsula and South China Sea 'matter to all of us,' Federica Mogherini says

BANGKOK -- Foreign and security ministers of the Association of Southeast Asian Nations and their dialogue partners are gathering in Bangkok this week for annual consultations on foreign policy and security. In light of the European Union's growing engagement with ASEAN and the broader region, Federica Mogherini, EU high representative for Foreign Affairs and Security Policy and vice president of the European Commission, discussed her thoughts in an exclusive interview by email with the Nikkei Asian Review:

Q: How do you see the EU's increased engagement in ASEAN, and what is the EU's view of the U.S. and Japan-led Free and Open Indo-Pacific Strategy?

A: Our partners in Asia are increasingly looking to the EU to be present and engaged on security matters in the region. What happens in the Korean Peninsula, or in the South China Sea, matters to all of us. This is why in my five years as high representative I have worked for the EU and Asia to cooperate more closely than ever. Some of that is through active engagement with our partners in the region, such as at the ASEAN Regional Forum later this week. Some of that is through concrete steps with individual countries in the region. So after Bangkok I will be in Hanoi to sign an agreement on Vietnam's participation in our European military and civilian missions: I expect it to be the first of many with our friends in ASEAN, because our missions do not only serve European interests, but serve first and foremost the interest of peace and security globally. It is the EU as a whole that has decided to enhance its engagement on security issues in and with Asia, and we are intent on delivering on that objective.

The question about the Indo-Pacific reminds me about the debate on the borders of Europe. Where does Europe start? Where does it end? You can ask 10 people and get 10 different answers. What ultimately matters is not the semantics, but the content. Do we base ourselves on the same values, the same interests? International law, territorial integrity, freedom of navigation? If yes, we can all work together with our different concepts.

Q: Now that Thailand has an elected government after its March elections, what is the EU's view of Thai democracy -- and what are prospects for the EU-Thailand Free Trade Agreement, which has remained on ice since before the 2014 coup?

A: Thailand is an important partner for the EU. I will be taking advantage of my time in Bangkok to discuss the issues you mention with Prime Minister Prayut Chan-ocha and Foreign Minister Don Pramudwinai. It's clear the March election and the swearing in of a cross-party coalition cabinet are important steps towards restoring pluralism and democratic governance in Thailand. We want to work closely with the new government to reinforce our cooperation and build an even stronger, deeper partnership.

Thailand is also a key economic partner of the EU in a very dynamic region. In 2017, the EU foreign affairs ministers explicitly mentioned the holding of credible elections and the installation of a democratically elected civilian government as preconditions for resuming negotiations on a free trade agreement. So we are looking at this in light of developments in the country. Being in Thailand will allow me to form my own view, report back to EU foreign ministers and based on that we will chart the way forward. 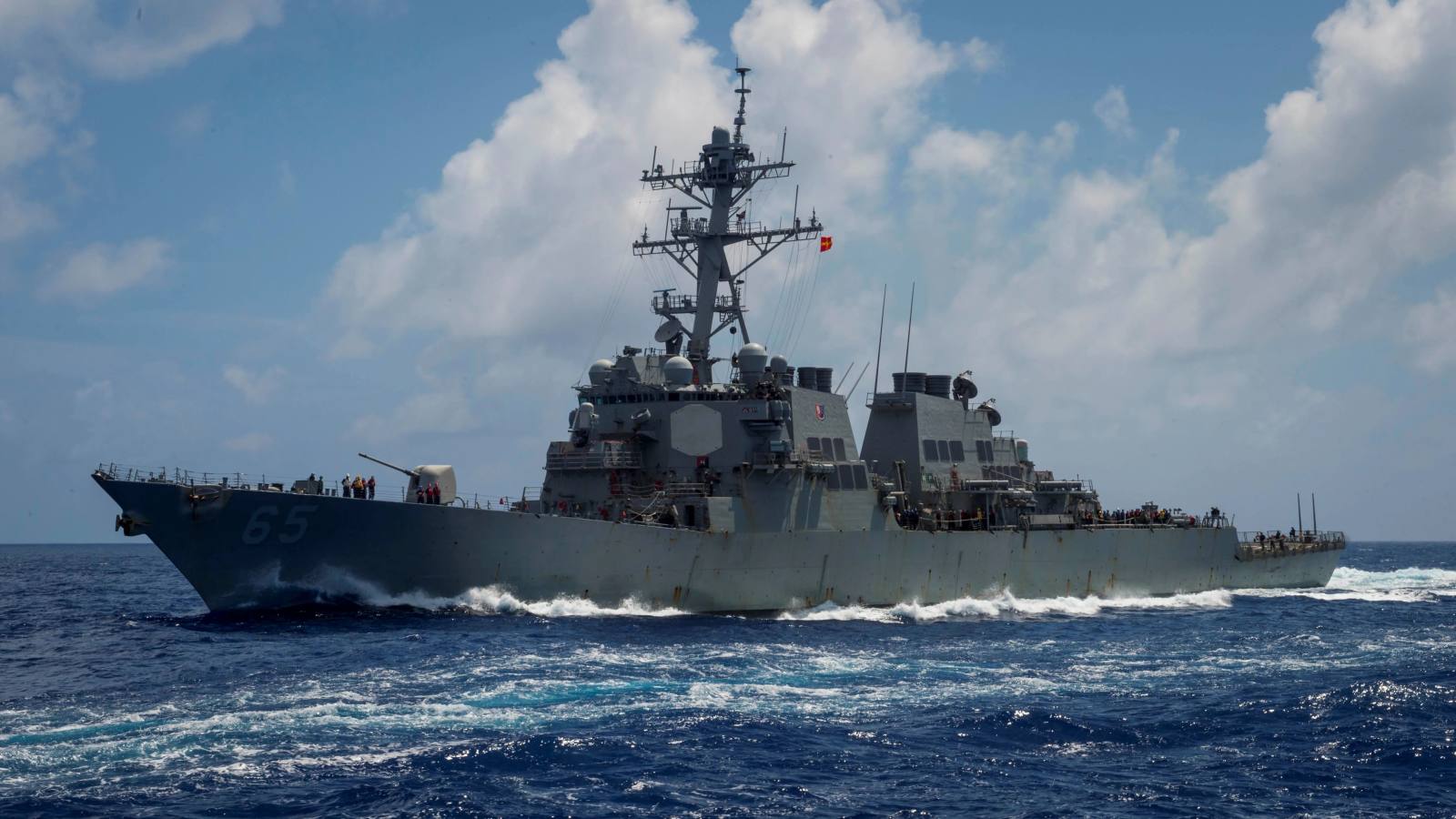 Indonesia and Singapore feud over ASEAN engagement in Indo-Pacific

Q: Regarding ASEAN's new outlook on the Indo-Pacific: What is the EU view?

A: The ASEAN way is often very close to the European way, and ASEAN's outlook on the Indo-Pacific is no exception. ASEAN's approach is inclusive; they want to promote a region of dialogue and cooperation instead of rivalry. And the areas of cooperation set out by ASEAN -- maritime security, connectivity, the sustainable development goals, and economic cooperation -- are objectives that we as the EU share. We have, in these years, built a strong foundation for what can now become even stronger cooperation -- with benefits for Europeans and Asians. I look forward to discussing this further in Bangkok, both with ASEAN foreign ministers and in the ASEAN Regional Forum.

Q: The EU has said it is considering implementing trade sanctions against Cambodia. Will EU pressure lead to reforms by the Hun Sen regime?

A: We do not -- and never have -- envisaged trade sanctions against Cambodia. However, the preferential Everything But Arms trade scheme that Cambodia -- and several other countries in Southeast Asia -- benefit from has always had respect for democracy and human rights, including labor rights, as a condition. This has not changed. What did change was the serious deterioration of democracy and human rights in Cambodia over the last two years. It is therefore Cambodia's actions that lead us into the situation we find ourselves in today, and Cambodia's actions that can rectify it. So we are engaged in an intense dialogue with the Cambodian authorities to encourage positive steps, some of which we have started to see. There is certainly time for Cambodia to take measures to reopen the political space and allow for democratic opposition. This is a message that I'll take to my meeting with Foreign Minister Prak Sokhonn.

A: The EU already last year put in place its own targeted sanctions against a number of military officers responsible for systematic and serious human rights violations in Myanmar. In parallel, we also launched a monitoring exercise looking at Myanmar's compliance with core human rights and labor rights conventions, which are linked to the trade benefits we give Myanmar under our Everything But Arms scheme. Myanmar has to make tangible progress on accountability for rights violations, humanitarian access, cooperation with the U.N., improving the situation of the Rohingya in Rakhine state, and establishing conditions conducive to safe, voluntary and dignified return of the Rohingya refugees back to their places of origin. I will discuss this further with Kyaw Tin, their minister of International Cooperation, in Bangkok. The EU has always accompanied Myanmar on its path towards democracy. We continue to do so and support Myanmar to become an inclusive and free country for all its citizens, and will encourage this by every means we can.

Q: What is the EU's view of China's Belt and Road Initiative?

A: Connectivity is part of the EU's DNA. We have a single market, the free movement of people across borders, no roaming charges, mobility for students and academics, highly interlinked energy networks -- the list is long. And so the EU has a great deal of experience to offer -- both on our successes and the things which maybe didn't quite work. We are happy to share this with ASEAN in developing their connectivity agenda and promoting their economic community.

Last year we set out our strategy on connecting Europe and Asia. We're ready to step up our engagement with all our Asian partners through adherence to international norms and standards. This will create opportunities for citizens, businesses and investors across Europe and Asia.

We want, and I believe China wants, to deepen our understanding of each other's connectivity policies, to share experience and best practice, and ultimately to find ways in which our two approaches can be complimentary -- while always sticking to our rules-based, sustainable approach. We've already started to look at which rail-based networks should be considered a priority, for example.

Q: Will the EU's plan to phase out the use of palm oil as a fuel proceed as planned in 2023?

A: The EU is not banning palm oil. What we are doing is taking the climate emergency that our world faces seriously. The EU has for a long time subsidized renewable energies to reach the ambitious climate goals we set for ourselves. We will continue to do so; but the EU also wants to be careful to subsidize those energies that are truly renewable and sustainable. The EU, therefore, decided to phase out subsidies to palm oil if it is produced in an unsustainable way. So this is not about hampering imports or market access but about subsidizing less. And we are confident that what we are doing is in line with our WTO obligations.

We understand that some farmers in Indonesia and Malaysia depend on those subsidies and they are concerned about what's next. That's why we have taken a number of steps to help alleviate these concerns: the phasing out will only start in 2024, and will be gradual; before that, in 2021 and 2023, a review of scientific data will be conducted and we are inviting everyone to contribute; subsidizing can continue, even after 2024, if the palm oil is certified as sustainable; and we are establishing a working group with relevant countries to look at all of this so that there are no misunderstandings.

Q: Would Brexit make it more difficult for the EU, without the U.K., to engage as actively in the Asian region, particularly on ASEAN issues?

A: For now at least the U.K. is still an EU member state. But as I said, as the EU, we are stepping up our engagement on security issues in Asia and this will continue. When it comes to EU defense cooperation, much has been achieved just over the past year. The "Europe of Defence" is now becoming a reality. Initiatives such as Permanent Structured Cooperation between EU member states on defense matters, the Coordinated Annual Review on Defence, and the European Defence Fund have introduced a new dynamic towards defense cooperation and industry, which may considerably strengthen the EU's strategic autonomy. It also means that the EU will be an even stronger and more potent partner for Southeast Asia.