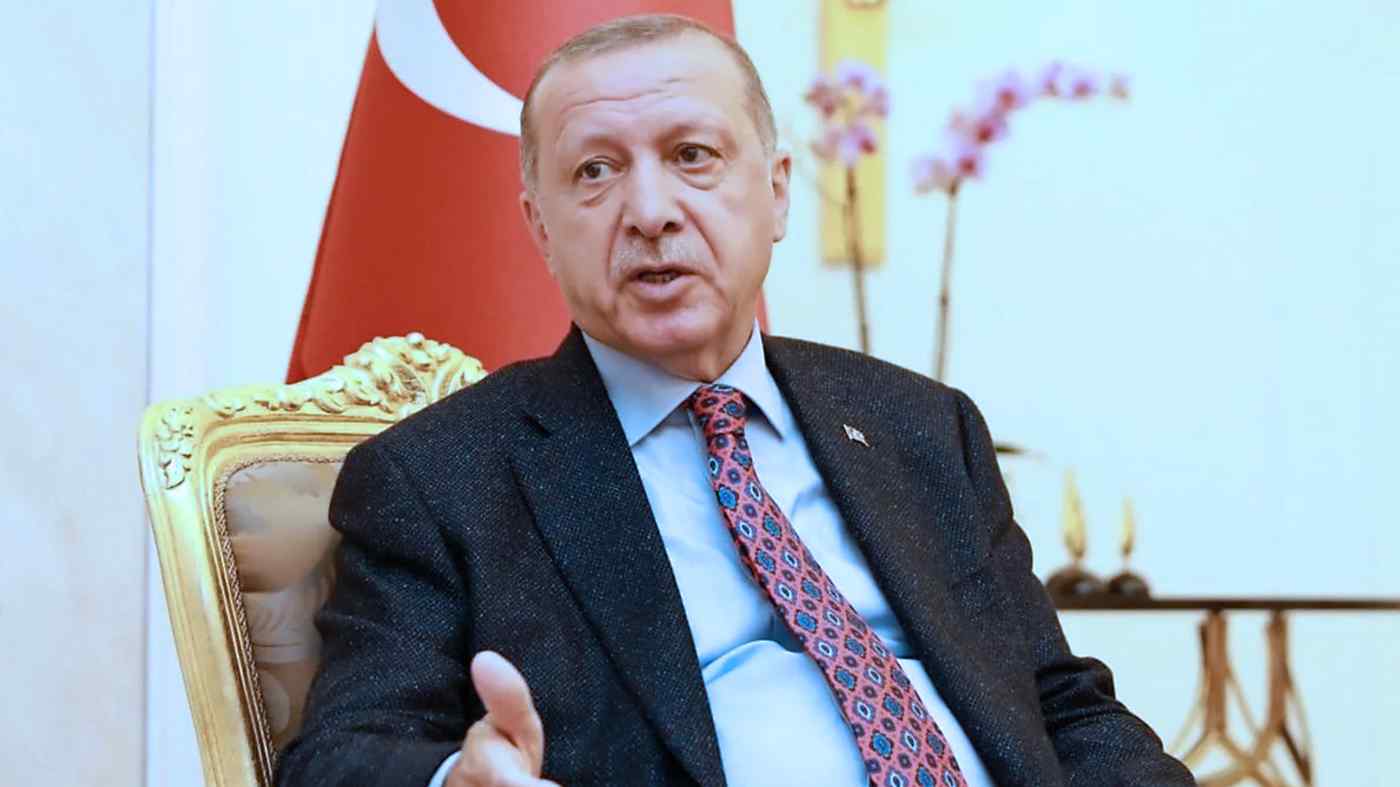 "It is out of the question" for Turkey to compromise on an F-35 order that the U.S. has threatened to cancel, Turkish President Recep Tayyip Erdogan told Nikkei in a June 26 interview in Ankara. (Photo by Cevahir Bugu)
MOMOKO KIDERA and SINAN TAVSAN, Nikkei staff writersJune 27, 2019 04:55 JST | Turkey
CopyCopied

ANKARA -- "Turkish democracy" is the winner of the rerun Istanbul mayoral election in which Recep Tayyip Erdogan's ruling party suffered a major defeat, the Turkish president told Nikkei in an exclusive interview Wednesday.