About 3m people are being held in detention camps in Xinjiang, says Dolkun Isa 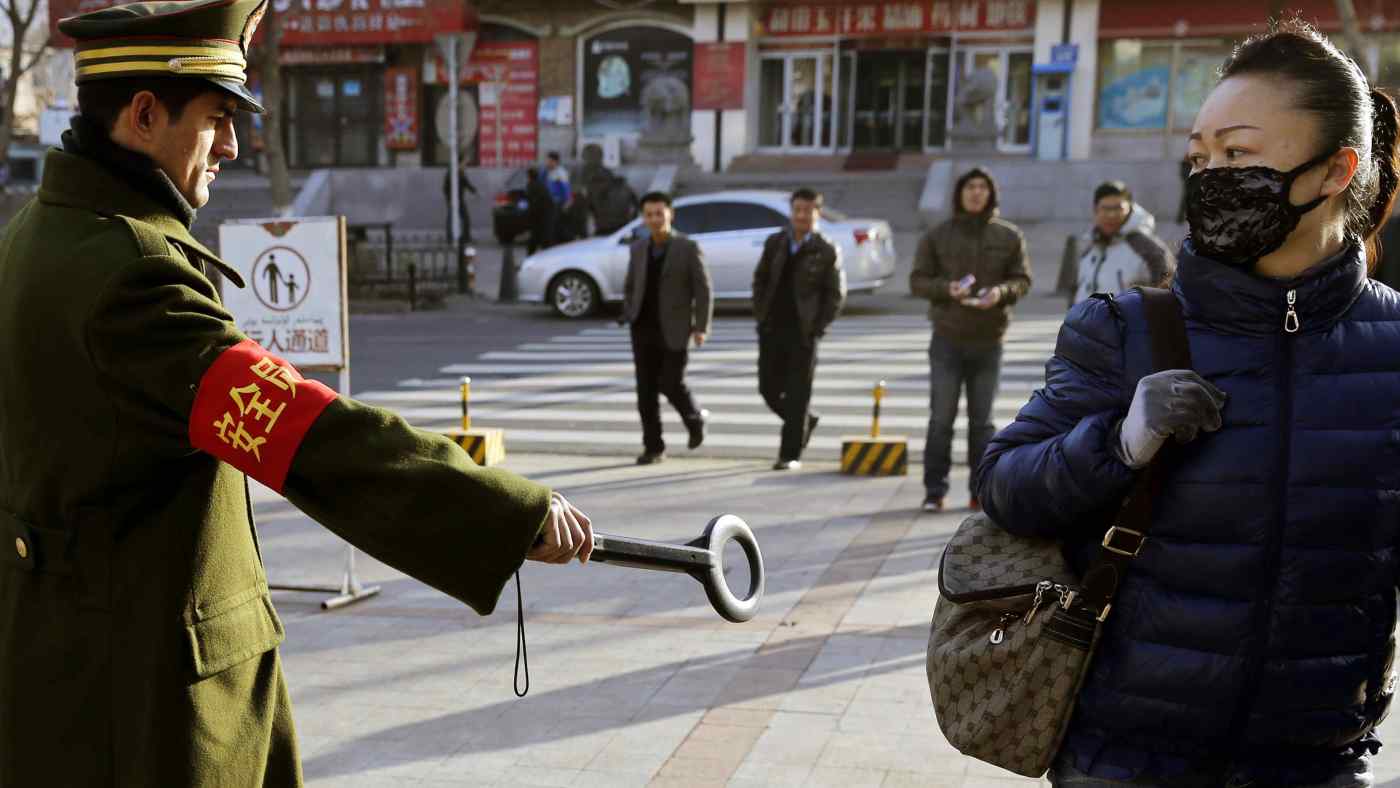 TOKYO -- The exiled leader of the World Uyghur Congress urged the United Nations Security Council to take action on China over its use of detention camps for Muslims in the western autonomous region of Xinjiang.

Dolkun Isa, president of the Germany-based organization that seeks self-determination for the Uyghur people, said that about 3 million people were being held for indefinite periods with no means of contacting family members.

"It's time for action. The international community needs to stand up as China's government will try to take even more people captive," Isa, 51, told the Nikkei Asian Review by phone from Geneva. "Maybe it's already too late -- a massacre the likes of which we haven't seen since World War II could take place."

Isa said the U.N. should pressure Beijing to close the camps through means such as passing resolutions to sanction Chinese officials, though he added that it could be difficult with China a permanent member of the security council. The leader of the group also called on U.S. President Donald Trump to take action.

"Trump has a responsibility to push the Chinese government to stop the persecution of the Uyghur people," he said.

Earlier this month, Republican leaders urged the Trump administration to expand the list of Chinese entities barred from buying surveillance equipment that could be used on Muslims in western China. The U.S. State Department has expressed concern over China's "worsening crackdown" on the Uyghur people. France, Germany and other countries have called for closing the "re-education camps," while U.N. human rights chief Michelle Bachelet has asked Beijing to allow monitors. Even so, human rights groups feel there is little appetite for a probe, saying that many countries are beholden to China's financial might.

China has vehemently denied allegations that it is mistreating Muslims in the region, which the Uyghur people call East Turkestan.

Hu Lianhe, a Chinese official involved with Xinjiang policy, told the U.N. Committee on the Elimination of Racial Discrimination that there was no arbitrary detention or re-education centers.

"Those measures in Xinjiang are aimed to promote stability, development and unity, and to ensure better livelihoods," she said at a regular briefing in Beijing. "They are carried out in order to combat ethnic separatism and terrorist criminal activities in accordance with the law, and to safeguard national security and protect people's life and property."

China has sought to suppress Islam for decades in Xinjiang, a vast resource-rich region that is the largest in the country. About half the population of 24 million are Uyghur, with their religion and resistance to Chinese rule long making Beijing uncomfortable. Riots in the Xinjiang capital of Urumqi killed nearly 200 people in 2009, and police said that Uyghurs orchestrated an attack near Tiananmen Square that killed two tourists in 2013. The government in Beijing is said to be using facial-recognition systems in the region.

While only about 1.5% of China's population live in Xinjiang, it accounted for more than 20% of arrests last year, according to data compiled by Chinese Human Rights Defenders.

"Conditions have deteriorated since President Xi Jinping came to power in 2012," Isa said. "There are police monitoring stations every 200 to 300 meters in the city, they have facial recognition cameras, and they are building new camps."

Gay McDougall, member of the U.N. Committee on the Elimination of Racial Discrimination, said that more than a million people were being held in so-called counter-extremism centers and another 2 million had been forced into "re-education camps."

None of them, she said, had been afforded the opportunity to challenge the legality of their detention. She added that authorities have outlawed expressions of ethno-religious significance to Muslims. These include certain halal products, full beards and full-face headscarves.

Isa also took aim at the lack of support from Muslim-majority nations. "Countries like Pakistan are just kowtowing to China," he said. "We aren't getting any support, and this is another reason why we are being persecuted."

If he could speak with Xi, Isa said he would call on him to stop the prosecution of the Uyghur people and push for the right of self-determination.

"We have been colonized by China," Isa said. "We just want our freedom back. We want our political, economic, cultural and religious rights."

A former human rights activist while at a university in China, Isa fled to Turkey in 1994 under fear of detention. He became a German citizen in 1996 and helped establish the World Uyghur Youth Congress.

He said his mother died last year in one of the camps, and since then he has been unable to contact any family members in the region.

"I have no idea if my family is dead or alive."