SHANGHAI -- Investment in Chinese startups plummeted 54% in the first nine months of this year, heightening fears that China's venture capital market has entered a 'tech winter.'

There were 4,222 deals worth a total of $144.54 billion last year, with investment in Chinese startups peaking during the second quarter, according to Dow Jones VentureSource, a global database on companies backed by venture capital.

For the nine months to September 30, investment in Chinese startups had only reached $54.66 billion, compared to $118.94 billion for the same period last year.

"Whereas in the U.S., you had the internet bubble burst and the financial crisis of 2008," said Tsang. "There has been a generation of people [in China] that grew up only knowing one thing: My property will be worth more than it was yesterday."

But while Tsang suggested that some tech companies in China might be overvalued, raising concerns about a "tech bubble," he said Eight Roads, which manages $6 billion worth of assets in about 250 companies globally, 40% of which are in China, still sees value in sectors including health care and financial technology.

"Now might be the best time for us to deploy our money" over the next 12 to 18 months, said Tsang.

In China, where Eight Roads owns portfolios from a drugmaker to a real estate consultancy, the fund has devoted $1.2 billion since 1996 and recovered $2 billion. 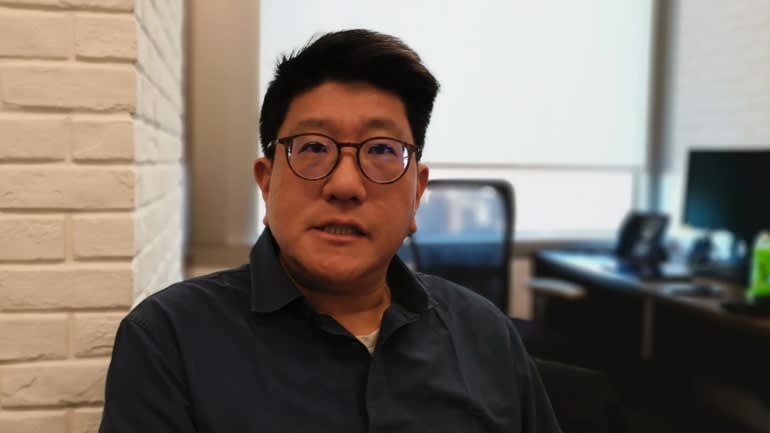 Jarlon Tsang, managing partner for Asia at Eight Roads Ventures, wants to help startups scale up, rather than chase "every big name."

One business in the fund's portfolio is Innovent Biologics, a Chinese pharmaceutical company that commercialized its first blood cancer drug this year. Innovent, which has enjoyed backing from Eight Roads since its inception in 2011, floated shares in Hong Kong last year.

Kyligence, a data analytics company with operations in the U.S. and China, also receives support from Eight Roads. Kyligence provides data augmented by artificial intelligence for customers such as McDonald's and Huawei Technologies, according to the company website.

"That's the thing that you try to avoid when everybody's jumping into big names," Tsang told the Nikkei Asian Review in an interview.

China's venture capital market enjoyed a period of rapid growth in both deal count and investment value, as the country's quest for economic expansion and technology development fueled a mushrooming of startups. 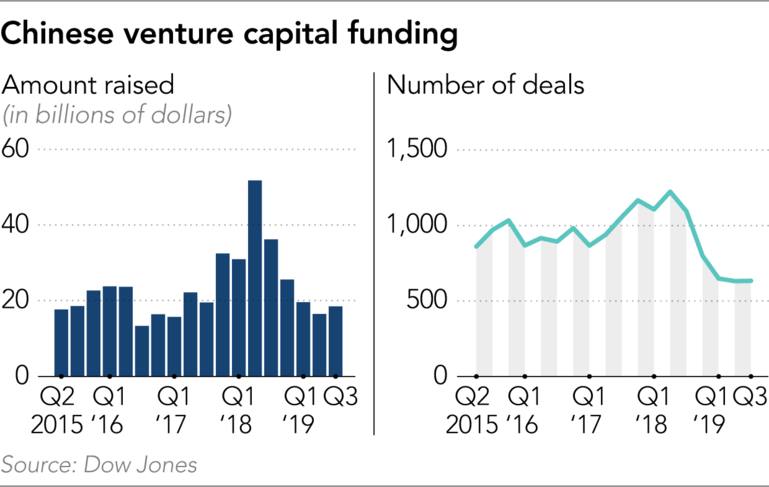 As the fundraising market becomes "healthier," Tsang said, it might be an "interesting time" to invest in companies that are realizing their own valuation. Eight Roads previously divested stakes in three companies that became publicly listed when the "market was very fresh."

"I am not chasing after every big name," said Tsang, who looks after operations in Hong Kong, Shanghai and Beijing.

Eight Roads studies an industry, such as the "high-risk, high-reward" therapeutics sector, before placing a bet, Tsang said. The fund makes investments of $5 million to $20 million with no specific time frame for an exit.

The company looks to help startups scale up, rather than dabble in pre-IPO investments.

"We go in very early because we understand the science and technology [of our portfolios]," Tsang said.

Eight Roads will focus on the development of fifth-generation mobile communications and the impact on related business sectors, Tsang said.

Ongoing urbanization in China's second- and third-tier cities represents another area of interest.

"[The upgrade in consumer spending] will be different from tier one cities in the health care space like therapeutics, as the government is set to bring cheaper drugs to its populations," he said.