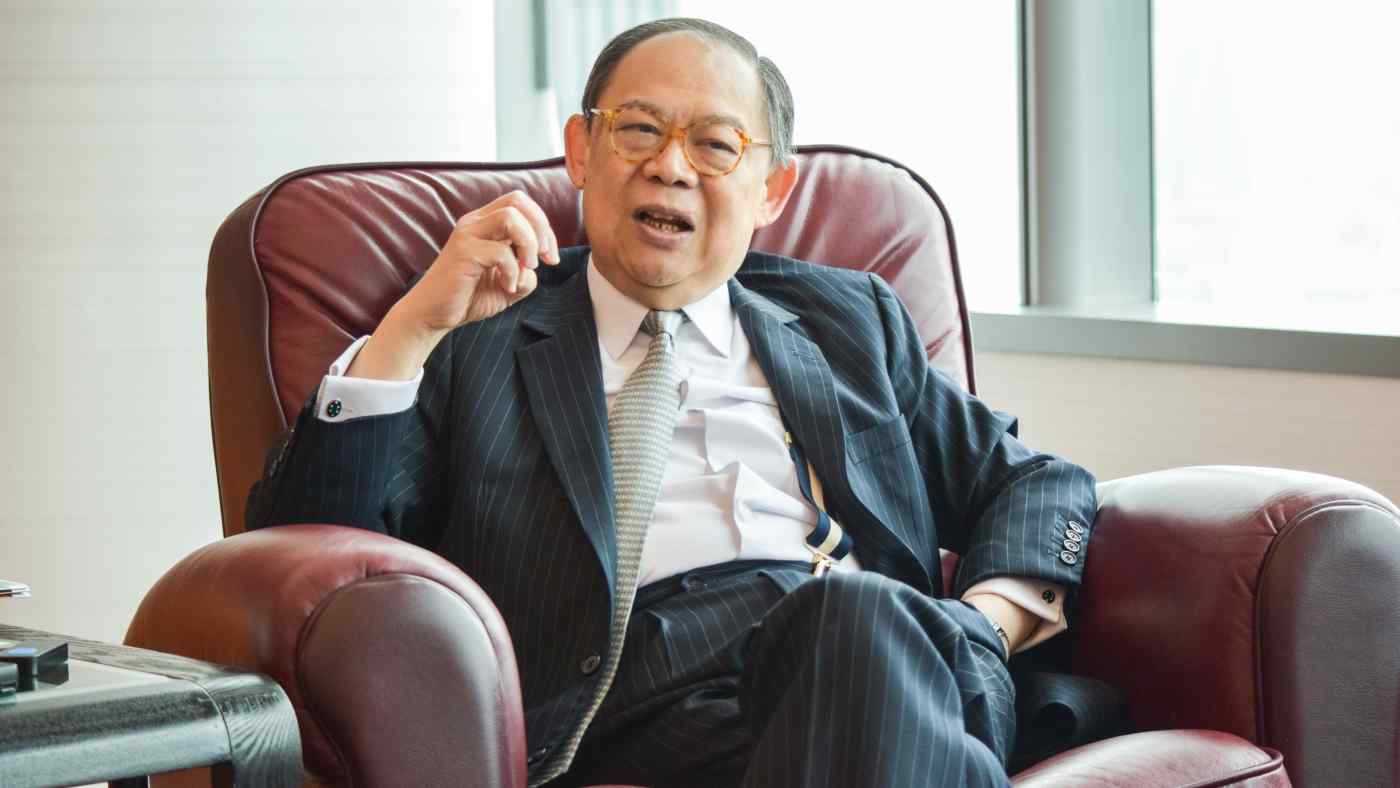 HONG KONG -- The global airline sector may look gloomy with carriers hit hard by the coronavirus pandemic, but a Hong Kong aviation investor sees light at the end of the tunnel with investment opportunities in the industry.

Victor Chu, the founder and chairman of First Eastern Investment Group, is well-known for his early investments in China, which trace back to 1988.

More recently, Chu, who sits on the board of European jet manufacturer Airbus, co-founded Japanese budget airline Peach Aviation, which launched in 2011 as a joint venture with ANA Holdings and the Innovation Network Corp. of Japan, a government-backed investment fund.

The 63-year-old veteran investor, dressed in a striped suit, white shirt and gray tie, shared his guarded optimism for aviation in an interview with Nikkei Asia at his Hong Kong office overlooking the city's famed Victoria Harbour.

When asked whether he is optimistic on the outlook for the industry, he replied: "If you're able to survive, the answer is yes."

"Luckily for Peach, ANA and JAL in Japan, we will survive because we have domestic business, so we are cushioned to some extent," he said. Closed counters at Hong Kong International Airport. Chu expects capacity of domestic travelers in Asia and the U.S. will return to 75% to 80% of pre-pandemic levels this year.   © Reuters

Some other airlines are not that fortunate, Chu said.

Hong Kong's flagship carrier Cathay Pacific Airways and Singapore Airlines do not have domestic routes to rely on. Still, they have to pay huge fixed costs, including aircraft leasing and salaries. Earlier this month, Cathay reported a record net loss of 21.88 billion Hong Kong dollars ($2.8 billion) for 2020. Its monthly cash burn rate is between HK$1.3 billion and HK$1.9 billion.

"But luckily, Hong Kong and Singapore are two very important hubs," Chu said. "These two will survive" but they will have to endure a "painful" period.

Chu expects capacity of domestic travelers in Asia and the U.S. will return to 75% to 80% of pre-pandemic levels in the third quarter of this year, and that by mid-2022, international travel will be at 80% of capacity. "People like to travel. People like to interact. When it's safe to do so, they will want to catch up," he said.

"With governments having tightening border restrictions, 2021 is shaping up to be a much tougher year than previously expected," Alexandre de Juniac, director general and CEO of the Montreal-based aviation industry group, said in a statement last month.

With the group's best-case scenario for airlines' cash burn rate at $75 billion this year, and possibly as much as $95 billion, de Juniac stressed the need for more emergency relief from governments to keep airlines viable.

But Chu remains hopeful, and he is continually looking for investment opportunities in the industry.

Chu believes that sustainable aviation will be the next focus for the industry, with hopes that there could be a new range of aircraft that are more fuel-efficient by 2035.

"If the new planes rely on solar or hydrogen, this will be a complete game-changer," he said, adding that there is a lot more investment flowing into this area because of the rise of special-purpose acquisition companies, known as SPACs.

Chu also sees potential for drones in e-commerce delivery, as well as for emergency and medical assistance. With the development in urban mobility and smart cities, eventually there could be air taxis between airports and city centers, he said.

First Eastern's portfolio has about 50 investments with a value of roughly $1.5 billion, excluding its 30% associate in London that manages investments of an additional $1 billion. Its investments are in China, Japan, Southeast Asia, Europe and the U.S.

Chu said his investment in financial technology has performed well. One company he invested in, which he declined to name, is highly profitable. "I would like to take [it] to other parts of Asia and globally," he said, adding that it is becoming one of the leading fintech players in China.

The recent political turbulence in Hong Kong has brought concerns over whether the city can remain an international financial center. Earlier this month, the Heritage Foundation removed Hong Kong from its annual "Index of Economic Freedom" because of Beijing's tightening control over the territory.

As a prominent investor based in Hong Kong, Chu said he has "complete confidence" in the city's future. "We feel a little bit frustrated that Hong Kong's uniqueness has not been fully utilized," he said.

"Now that we have stability back with breathing space, we need to sort out the social and structural issues, and realize the potential" of Hong Kong's "one country, two systems" framework, he said.

While Chu believes Hong Kong's core values have not been diminished, he said the city has to innovate and find new opportunities in fields such as synthetic biology and green financing.

He said that Wealth Management Connect -- a cross-border pilot program -- also has "huge potential" for Hong Kong, because it can attract international asset management firms to mainland China's market. He believes the city can eventually have a larger slice of international financial products.

Chu also advocates tighter collaboration between Hong Kong, Singapore and Tokyo, calling the three financial centers the "trinity in Asia." He sees specific strengths in each city: Singapore's gateway function to the other nine member-countries of the Association of Southeast Asian Nations, Hong Kong's connection to mainland China, and Tokyo's deep pool of personal savings.

There is a "need to find ways to work closer together," he said.

Chu, who was involved in bringing in mainland Chinese companies to list in Hong Kong as H-shares in the early 1990s, suggests cross-listing stocks on the Tokyo and Hong Kong exchanges, especially for the technology companies that have Japanese or Hong Kong investment.

"If we could bring Chinese companies to the Hong Kong market in the early '90s -- when China had no company law, no security law, no security regulator -- then doing collaboration between Hong Kong and Tokyo [should be] much easier," he said. "Our markets are both First World."