SINGAPORE -- Hong Kong-based video streaming service Viu will be "super focused" in Southeast Asia, as it fends off U.S. giant Netflix and tries to catch up with Disney, CEO Janice Lee said recently in an interview with Nikkei Asia.

Viu is a video streaming platform owned by PCCW, a Hong Kong telecoms company headed by tycoon Li Ka-shing's son Richard Li. Viu already provides services in Asia, the Middle East, and South Africa but is particularly keen to expand its reach in Southeast Asia. Its monthly active users hit over 49 million by end-June, up 37% from the same month a year earlier.

This pushed Viu to the second position after Disney in the subscription-based on-demand video market in Southeast Asia, surpassing Netflix which fell to third place, according to Media Partners Asia, an industry research company.

"If you look at the competitive landscape, Asia has become an important growth area by geography for any company," said Lee. "Southeast Asia's markets are somewhat fragmented... It's not homogeneous like North America." 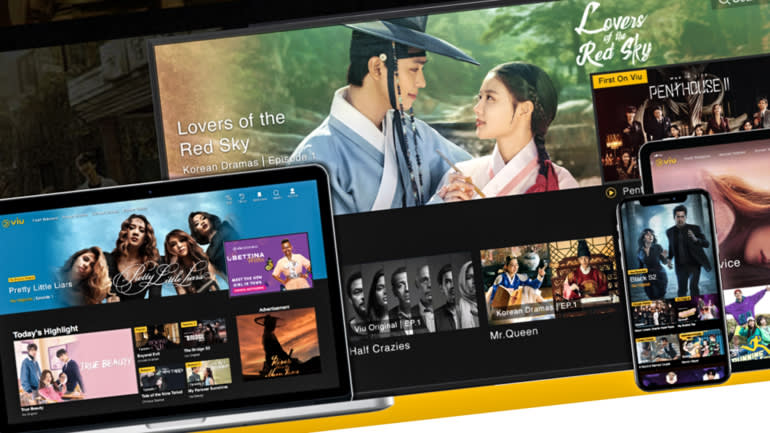 Viu has grown its subscriber base by adapting to the Southeast Asian market which tends to be more price-sensitive . Viu offers its service under a mix of so-called freemium model and subscription model. Where users are tempted to sign up to watch programs for free but with commercials initially, in the hope of converting them later into monthly paying subscribers.

While subscribers in the West tend to pay one fee for any service, Viu's pricing strategy in Southeast Asia is more complicated. Its monthly subscription fee for its premium service, which gives viewers full access to content with features such as unlimited downloads, costs $1.99 to $6.99, depending on the country from where they are accessing the service.

Lee said that a flexible price structure that allows functions such as unlimited downloads are essential in capturing market share in the region. In part this has to do with the slow adoption of technology compared with the West. While many countries in the West are shifting to ultrahigh-speed fifth-generation networks, markets such as Indonesia and the Philippines are so behind that "even the 4G connections are not ubiquitous. It's not one-size-fits-all," she said.

Unlike its U.S. rivals, Viu also focuses on streaming primarily Asian content for the region. "We have all the content from a pan-regional layer of contact, which is Korean, Japanese, and Chinese content from both mainland and Hong Kong," Lee said. The company is also investing in creating original local content in markets such as Indonesia and Thailand.

"People [in Asia] need to consume content every day, and apart from the big blockbusters [which are made in the U.S.], they also want to see familiar faces and stories that resonate, things in their own language, and that has been our focus," she said. According to Media Partners Asia, local content makes up to 20% of local media consumption in Indonesia and Thailand.

Over the last 18 months, Southeast Asians have been spending much more time on their smartphones and devices, due to stay-home orders as a result of the COVID-19 pandemic, causing a boom in the online entertainment market.

The gross merchandise value of the region's online media, which includes gaming, video, and music grew more than 20% to $17 billion last year from 2019, according to research jointly conducted by Google, Temasek Holdings, and Bain & Co. More than 45% of users in countries like Indonesia and Vietnam signed up for subscription-based on-demand services because of lockdowns.

Disney has been making deeper inroads in the region, having launched its Disney Plus streaming service in Thailand in June, after rolling it out in Malaysia, Singapore, and Indonesia.

To compete with local players, Netflix added a mobile plan in countries such as Indonesia and the Philippines, in which subscribers can only watch videos on their smartphones and tablets but not any other screens, at lower monthly fees. The company has a much deeper pocket than Viu and has also been investing aggressively in Asian content.

"Certainly, there are more players in the region. It is a recognition of how important the region is... The landscape changed a lot, but we've still been able to maintain leadership... We are a service built in Asia for Asia," Lee said.