Huawei is no ZTE, and will counter US ban with own tech: CEO

Ren Zhengfei says daughter Meng Wanzhou will not be successor 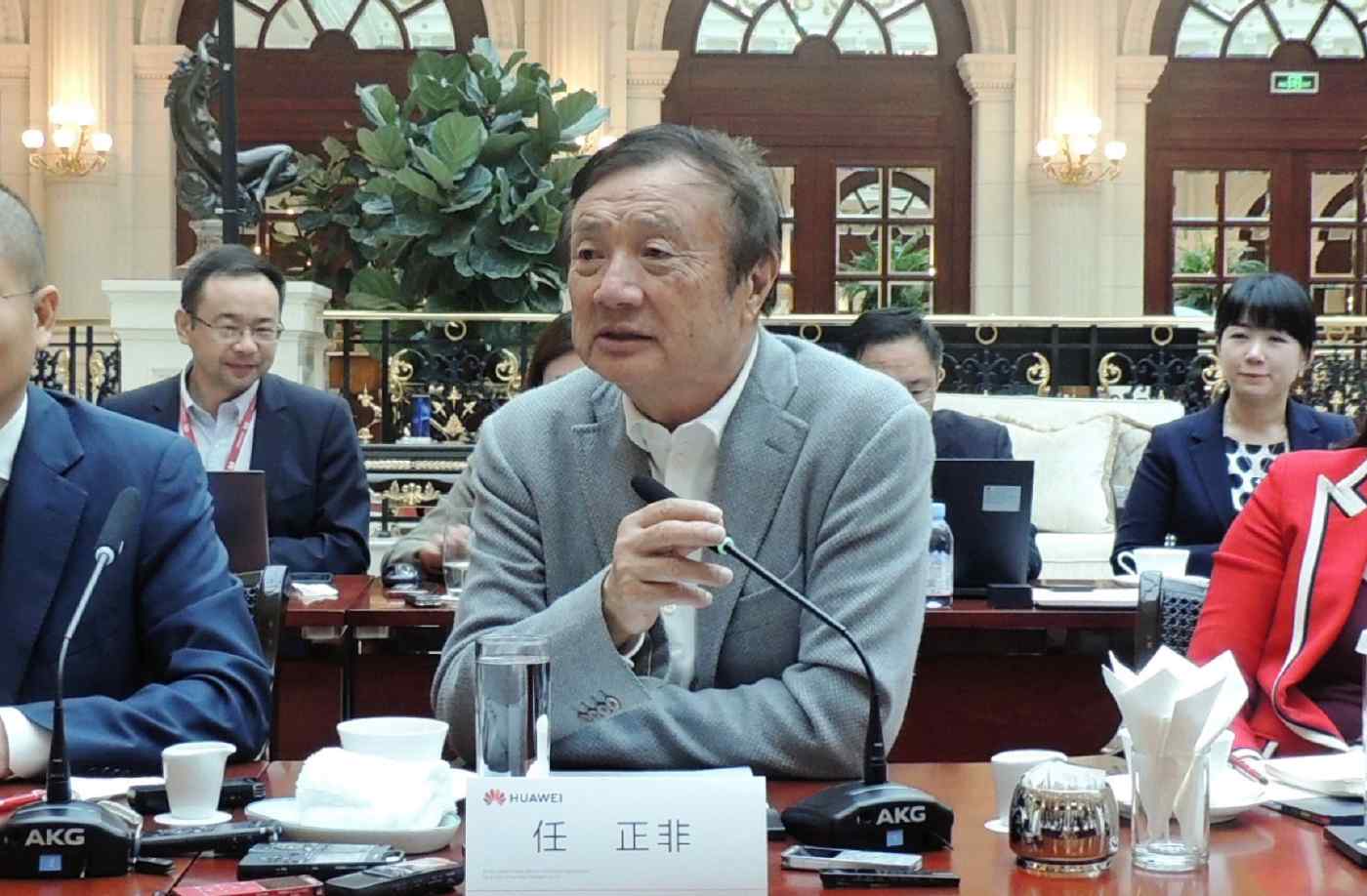 SHENZHEN -- China's Huawei Technologies will defend itself by producing its own high-tech components should the U.S. cut off the world's biggest telecom equipment maker from access to American technology, founder and CEO Ren Zhengfei said on Jan. 18 in a rare interview with Japanese media.

If Washington escalates its crackdown against the company in such a way, "we will produce alternative products on our own. That is not in the U.S.' interest," Ren told reporters at the company's offices in the southern Chinese city of Shenzhen.

Ren was responding to Nikkei's question on a proposal by congressional lawmakers to restrict the sale of American chips and parts to Chinese companies, including Huawei and fellow telecom equipment maker ZTE, that violate U.S. sanctions or export control laws.

"Huawei would not become like the ZTE case," Ren said. A U.S. tech ban like the one imposed on ZTE would affect Huawei, but "the impact would not be very big," he added.

Huawei is pouring billions of dollars into research and development as it builds up its in-house chip division HiSilicon Technologies to cut its reliance on foreign suppliers, including U.S. chipmakers Intel, Nvidia and Qualcomm. Earlier this year, the company announced a chip set meant to compete with Intel products for data center servers.

ZTE suffered a crippling ban from using American technology in April 2018 related to violations involving the Iranian sanctions. The U.S. lifted the ban in July.

Ren said he was "very surprised," by the arrest in Canada of his daughter, Huawei Chief Financial Officer Meng Wanzhou, on suspicions of dealing with Iran. He refrained from commenting further citing that the investigation was ongoing.

He said for the first time that his daughter would not succeed him as the company's leader. Meng, who was arrested last month in Canada on allegations related to U.S. sanctions against Iran, has been viewed as a likely future chief of the Chinese tech group.

"My successor is definitely not going to be Meng Wanzhou," Ren said. "Meng Wanzhou has talent in management and communication, while my successor should come from a technical background, should have in-depth insights of the market, should be equipped with strategic thinking and should have knowledge of sociology and philosophy."

"My successor will not be a single person but a group of people," he added.

When asked if Huawei would be able to oppose a request from the Chinese government or the Chinese Communist Party to hand over sensitive information about its clients, Ren said that he would put clients' interest first.

"Over the past 30 years, we have never had an issue with safety," he said. "If we were asked to submit data in a way that would hurt our clients, we would refuse," Ren stressed.

The 74-year-old Ren, known for his reclusiveness over the past three decades, broke years of silence and held a series of news conferences for foreign and local media at Huawei's headquarters from Jan. 14 to Jan. 18, a charm offensive designed to build allies elsewhere through global news outlets.

Ren, a former engineer in the People's Liberation Army and a current Communist Party member, founded Huawei with $3,000 in Shenzhen in 1987. The company has evolved from an obscure trading company for telecommunications devices to the world's biggest telecom equipment supplier and second-largest smartphone vendor. It generated more than $100 billion in 2018.

But Huawei faces mounting pressure from many countries. Its telecom equipment business, especially the deployment of its 5G technology, lost many key wireless carriers as clients in the past few months, including Britain's BT Group and France's Orange. The U.S., Australia and New Zealand ban the use of the Chinese company's networking technology.

The U.S. government now is investigating Huawei over allegations that the company stole trade secrets from American cellphone service provider T-Mobile, The Wall Street Journal reported. In the U.K., Oxford University said on Jan. 17 that it will stop accepting donations or research funds from Huawei amid the growing concerns over the Chinese company's risk to national security.

Huawei's founder said the company could sustain growth in 2019. "But the growth momentum would not be as high as 20%," Ren said, citing the figure reached in 2018.

The founder said his company bought $6.6 billion worth of components and parts from Japanese companies in 2018. He estimated Huawei's total procurement during 2019 to 2023 is expected to exceed $50 billion.

Lauly Li and Cheng Ting-Fang in Taipei contributed to this report.